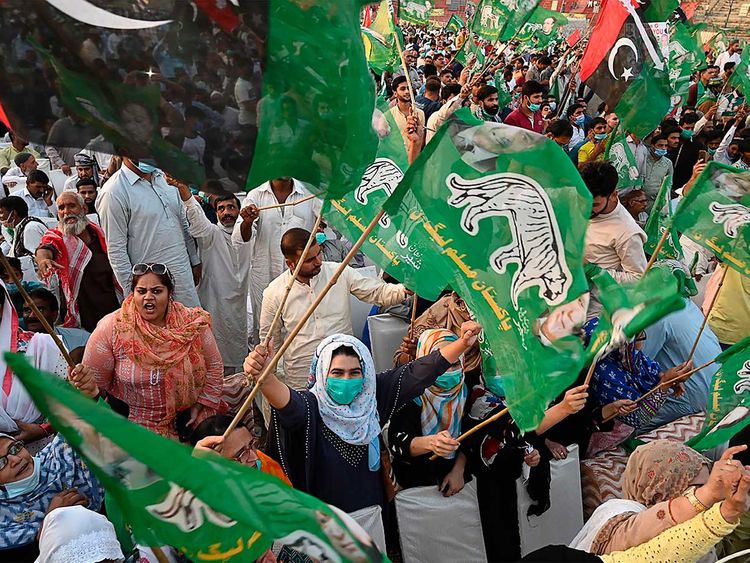 It is a fact that political grand gathering and rallies often appeal to the spirit of patriotism in Pakistan. Whether it be a ruling elite Jalsa/rally Or opposition one, this nation are surely sparked by Jalsas and rallies.

In a grand show of political zealousness, Pakistan Democratic Movement (PDM), which is comprised of 11 opposition parties, seemed confident about making its first rally in Gujranwala on Friday, a success with a claim that the event had laid the foundation for the ouster of Imran Khan’s government. The rally was addressed by the PDM top tier including Maulana Fazlur Rehman, Bilawal Bhutto Zardari, Maryam Nawaz Sharif, Mahmood Achakzai and many others.

In what is being called a big show, PDM leaders, however aggressively gave powerful speech against the incumbent PTI government which they says, has failed the people in all sectors. But PML-N leader Nawaz Sharif has provided the fireworks at massive crowed of die-hard supporters of PMLNs who had been listening fervently to the speech of their leader. Addressing directly from London via video link, Mr Sharif reiterated his resolve to change the system and target those who operated from behind the curtain. He alleged that establishment had ended his government

Speaking on telephone a senior PML-N leader told DailyTimes that they had ensured the power show was phenomenal as that would decide the fate of the PTI government. The opposition unanimously is convinced that the Gujranwala Jalsa would set the momentum for ouster of the government, he added. Other PDM leases have the same stance. While, On the other hand, PTI leaders termed PDM’s show as flop that was evident from the lackluster enthusiasm and sentiments of people. Minister for Information and Broadcasting, Senetor Shibli Faraz said that participants of PDM called a public meeting only to frustrate the democratic elected government which had termed flop badly.

While it is great to see people from different walks of the country coming together to show their solidarity, love and affection with their leaders, we have to remember that big Jalsas or rallies are only the starting points towards change. For them to translate into formidable action, any party head or other leaders have to be held accountable by those who closely follow them the most. Opposition party members will almost always dive at any opportunity to scrutinize leaders that they don’t associate themselves with it. But it is also upto those who support the leaders to stay critical of their actions so that the common man never suffers. Only then will Pakistan progress socio-economically and politically. And while we support mainstream political parties as they rally for social change. Let’s also look at the marginalized voices. Because they too are only fighting for socio-economic and political security, the same as any mainstream political party supporter in the country.