British govt requested through a letter to send Nawaz Sharif back to Pakistan, says PM's aide 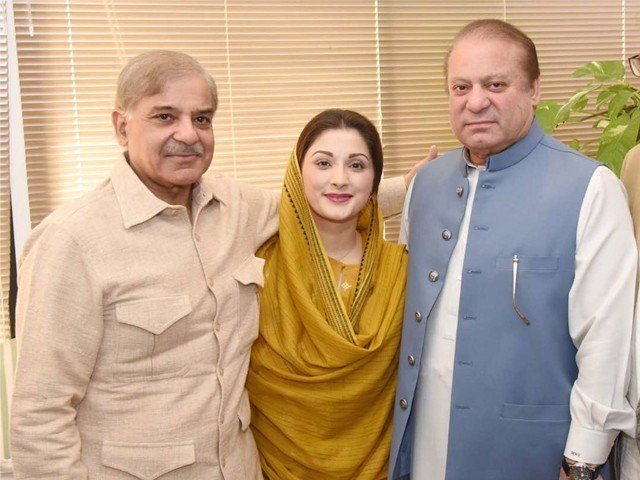 ISLAMABAD: Just a day before the opposition’s Gujranwala showdown, Adviser to Prime Minister on Accountability and Interior Mirza Shahzad Akbar has disclosed that Rs15 billion had been deposited in fake accounts of 12 lower grade employees of the Sharif Group from 2008 to 2018, and Rs7 billion were deposited in six fake companies’ accounts.

Addressing a press conference in Lahore on Thursday, he said that during these years, a high turnover of Rs15 billion was found in the bank accounts of 12 low salaried workers of Ramzan and Al-Arabia sugar mills.

The details of these account-holders and the deposited money is as under: During 2016-17, in a bank account of Malik Maqsood, a tea boy/peon of the Sharif Group Managing Director Suleman Shehbaz, Rs3.7 billion had been deposited and the person escaped to the United Arab Emirates (UAE) in 2018 when the National Accountability Bureau (NAB) started an investigation against Suleman Shahbaz.

Shahzad Akbar also said that even after the death of Gulzar Ahmad Khan in February 7, 2015, a trustworthy cashier of the Sharif Group kept on operating his account.

From 2009 to 2011, Rs230 million were deposited in the account of Masroor Anwar, a trustworthy cash boy of the Sharif family.

Rs22 billion was not of business or sugar-related money, he said, adding that forensic of these accounts had been carried out. “Perhaps only Rs3 billion might be linked with sugar-related business and the rest amount was not linked with any business.”

The PM’s aide said that the big portion of the money was taken from contractors, businessmen, politician or as patronage extortion.

He went on to say that parallel banking was practised in certain bank branches in connection with money-laundering.

About fake companies, he revealed that from 2010 to 2018, Rs7 billion had been deposited in six fake companies. He said that proprietors of these companies were lower salary people of the Sharif Group or have fake identities.

These companies were not registered with the Securities & Exchange Commission of Pakistan (SECP) and Federal Board of Revenue (FBR). For the opening of these bank accounts, fake letterheads of the fake companies were used and banks failed to carry out a proper inspection while opening the accounts.

He said that systematic money laundering was done to avoid a cash transaction report (CTR).

Shahzad Akbar said that Masroor Anwar and Shoaib Qamar were cash boys, in the custody of NAB, and transactions worth billion of rupees were made through them.

He asked if Shehbaz Sharif was unaware as to wherefrom money was coming in his account?

He questioned how Shehbaz bought four flats in London? What was the source of income of the Shehbaz Sharif family members living in London?

“Shehbaz Sharif should be asked how his family was residing in London? Had they obtained British citizenship? What was the citizenship status of Suleman Shehbaz,” he questioned.

To another question, he said that the Pakistan Muslim League-Nawaz (PML-N) wanted to hold a public gathering at a congested place to show large strength of people and they wanted to play with the health of people of Gujranwala during present situation of Covid-19.

“If standard operating procedures (SOPs) with regard to safety from Covid-19 would not be implemented properly, the virus could hit small areas,” he added.

He said that now the responsibility lied with the leadership of the PML-N and the PPP that how they follow the SOPs to avoid the spread of contagion.

To another query, he said that the British government had been requested through a letter to send Nawaz Sharif back to Pakistan.

About price-hike, the PM’s aide said that things are closely being monitored and hope that the situation would improve in the coming days.

To another question, he said that the PPP parliamentarians would never tender resignation from the assemblies.