Farmers in India up in arms against new farm laws 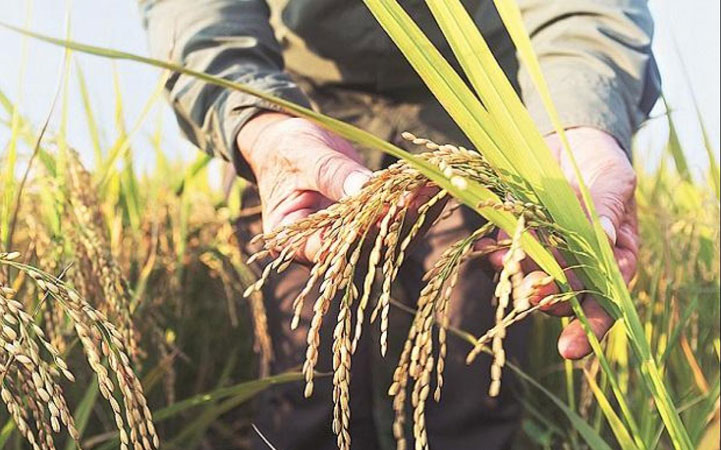 Over the past few weeks, farmers from Haryana, UP and Indian Punjab have been protesting against three agri-ordinances which were introduced by the Indian government in May this year.

The bills de-regulate prices and allows private markets to be set up outside mandis. Farmers fear that new system will allow private traders/agents to manipulate prices and the lowest rate guaranteed by mandi system will perish. The pilot project was implemented in Bihar which caused huge uproar by the farmer community.

During the recent weeks, farmers in India have been staging demonstrations by disrupting train services to protest bills recently passed by both houses of the Indian parliament. The protests also led one of the five railway divisions under the Northern zone of Indian Railways to suspend operations of 28 special trains. Several farmer organisations across Indian also observed nationwide shutdowns to intensify their protest against the contentious farm bills.

Indian media on the instructions of Narendra Modi is trying to divert attention from the farmers’ issue. As per activists, the new laws favor big tycoons and Modi’s cronies like Ambanis, Shettis and Adanis and they will land food supply chains in the hands of the corporate sector. They say the Indian Parliament dominated by RSS is planning to make poor farmers slaves of corporate India.

Sikhs of Punjab, which is food basket of India, are at forefront of the protests. The new slogan “Na Dharti, Na Dharam is safe in Modi’s India” has emerged. Modi and RSS are adamant to make India ‘a Hindu state’ by marginalizing Muslims, Dallits and Christians while they are targeting Sikhs through financial regulations.

Farmers’ bodies in India are gearing up for road blockades in the days to come as part of their intensified struggle against the controversial farm legislations that are feared to do away with crop support prices. Discussions are underway among the farmer leaders to ensure that blockades or “chakka jam” are observed across the country with similar vigour as in Punjab and Haryana – the two states that have been at the forefront of the farmers’ stir.

The Union government has invited at least 31 farmers’ organisations and their leaders from Punjab for talks in the national capital on October 14, the second attempt in a month to reach out to farmers protesting a set of laws enacted by Parliament to liberalise agricultural markets. The AIKSCC, the farmers’ platform coordinating the protests, said it would not participate in talks unless key demands are met. “We are preparing our charter of demands which we will release soon,” said Balbir Singh Rajewal of the Bharatiya Kisan Union.

In what is being seen as the first peasantry movement against corporate firms in the post liberalisation era, protests against the newly enacted farm laws have taken an anti-Ambani and anti-Adani turn in Punjab.

Led by a committee comprising 31 farm organisations, farmers have captured Reliance petrol pumps at many places, started a boycott movement against Jio and forced Adani’s silos to shut down operations in Moga. Protesting farmers have literally taken control of Reliance’s petrol pumps in places like Mullanpur, Barnala and Ludhiana. A super store run by Reliance was taken over by the farmers in Ludhiana last week. In Sangrur, farmers have captured a toll plaza and have been staging a sit in at the plaza in protest for several days.