What made Don Bradman better than the rest? 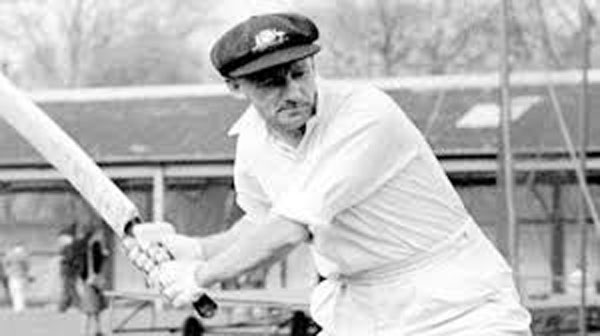 I was often asked an intriguing question during my playing days: “Why was Don Bradman so much better than any other batsman?” I didn’t have a satisfactory answer to the query. Nevertheless, I eradicated a couple of reasons for Bradman’s dominance. “It wasn’t his superior eyesight or reflexes,” I confidently said. Good reflexes and decent eyesight are required to successfully compete against top-quality international bowlers. There are enough players at that high level – not at Bradman’s Everest standard but efficient enough – to conclude that wasn’t the reason for Bradman’s record standing out like a lake in a desert.

Then, out of the blue, I was presented with what I deemed to be a reasonable answer. I was watching a programme on the history of Australian cricket produced by Jack Egan and it featured never-before-seen footage of the 1938 Ashes Test at Trent Bridge. The match was famous for a brilliant Stan McCabe knock and a Bradman utterance. McCabe scored a magical 232 off just 277 balls, including 170 while his last four partners added only 38. It was during this onslaught that Bradman implored his men to abandon the dressing room and sit on the balcony. “Come and look at this,” the captain said, “you will never see the like of this again.”

Despite McCabe’s mastery, Australia were forced to follow on, and in Egan’s documentary, Bradman explained he didn’t want McCabe’s innings to be diminished by Australia losing the match. At that point Egan featured shots of Bradman’s match-saving second-innings century, accompanied by the animated comment: “Look at that footwork.” “I am,” I said to no one in particular. It was Bradman like I’d never seen him before, apart from footage of the Bodyline series. Where he normally carved up attacks with the confidence of an international facing schoolboy bowlers, suddenly here was a mortal batsman, shuffling sideways in the crease and defending as though his life depended on survival.

It struck me that Bradman was batting with the pressure of the scoreboard and the weight of saving a match that he desperately didn’t want to lose. It was Bradman feeling all the pressures that other batsmen endure every time they walk to the crease. In that innings Bradman accumulated 144 not out off 379 balls for an uncharacteristically slow scoring rate of 37.99. He saved the match but also revealed that occasionally he was a mere mortal with a bat in hand. This innings showed that Bradman mostly – apart from his chastening Bodyline experience – was able to bat in a match with the serenity of a man involved in a casual net session. I’ve seen plenty of players flay net bowling when they weren’t concerned with fear of dismissal, losing the match, or being harassed by a demanding crowd. However, it was a different case out in the middle when they encountered all those outside pressures.

On most occasions his immense mental strength allowed him to cocoon himself from the outside pressures that bedevil other batsmen. It also helps explain why Jardine’s shrewd Bodyline tactics were successful in downgrading Bradman’s effect on that series. Not only did Jardine’s strategy provide Bradman with concern for his personal safety, they also succeeded in disrupting his mental serenity when batting. In addition to his immense mental strength, there’s no doubt Bradman also had a ruthless streak that drove him to crush opponents. It was this burning desire to outscore everyone else that probably caused a lot of old-timers to anoint the elegantly fluent Victor Trumper a better batsman than Bradman. Those comments annoyed Bradman and even caused him to present a pretty convincing statistical case to validate his superiority. Finally, I had what I deemed to be a satisfactory answer to the beguiling question: “Why was Bradman so much better than any other batsman?” It was his superior mental strength rather than any special physical attributes.