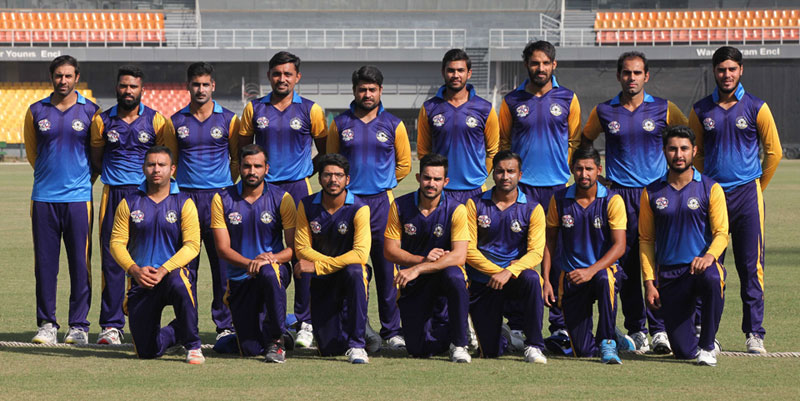 LAHORE: Central Punjab bagged the Second XI National T20 Cup title with a seven-wicket win over Northern in the last match of the single-league event at the Gaddafi Stadium here on Thursday. The Nauman Anwar-led side topped the six-team points table with four wins from their five matches, while win-less Northern finished on the last spot. An unbeaten 57-ball 66 by Junaid Ali set the comfortable victory as Central Punjab overhauled the 134-run target with 11 balls to spare. The wicketkeeper-batsman took the lead role in the innings after Nauman, who made a quickfire 26 from 13 balls hitting four fours and a six, was dismissed by Athar Mehmood, who took two wickets for 36 runs. Northern, who failed to win a single match, managed a meagre 133 for eight after their captain Nauman Ali elected to bat. Aamer Jamal’s 24-ball 38 not out, which included four sixes, provided some respite to the defending champions, who had half of their batting line-up back in the pavilion for just 37 runs. Sarmad Bhatti was the other notable run-getter in the innings as he hit a six and two fours for his 33 off 28 balls.

Reflecting on Central Punjab’s run in the event, Nauman Anwar told pcb.com.pk: “It has been an exciting journey and we got to play some quality cricket despite the Covid-19 protocols in place. We have really enjoyed our time over the last two, three weeks. That each and every player of our team raised his hand when the situation demanded and delivered is the reason behind our success in this event. The most memorable match for us was our opening match, which was against Sindh [which Central Punjab won by four wickets]. The Central Punjab-Sindh rivalry always brings out the best amongst from all the players involved in such contests and what made it further exciting was the fact that it went deep into the last over.”

During the tournament, as many as four bowlers picked up eight wickets each – the most in the event – and the two bowlers with the best average amongst them belong to Central Punjab. Kamran did it for 13.25 runs a wicket, while Waqas’ wickets were earned at 15.75. Khyber Pakhtunkhwa’s Sameen Gul took eight wickets for 18.50. Northern’s Athar, the 21-year-old right-arm pacer, gave away 19.63 runs for his eight wickets. Balochistan’s Abdul Wahid Bangalzai, Southern Punjab’s Zain Abbas and Central Punjab’s Mohammad Akhlaq finished as the top three run-getters with 235 at 47, 193 at 96.50 and 185 at 61.67 respectively. Based on their brilliant runs, all three earned call-ups for the second-leg of the First XI National T20 Cup which starts in Rawalpindi on Friday.

Twenty-year-old Akhlaq – who scored three half-centuries, the most in the competition – will travel to Rawalpindi to integrate with the First XI squad. About his consistent run, Akram Raza, the head coach of Central Punjab Second XI team, said: “Akhlaq possess all the desired skills to thrive at the top level and he has been impressive throughout this competition. I have high hopes from him. “It is great to see players graduate from the Second XI teams to top. Akhlaq will be our second player to reach the First XI team after Abdullah Shafiq, who has earned admirers all over. I have been working extensively with most of these players since the last year and I can comfortably say that these players have a great potential and a lot of hunger to progress.”