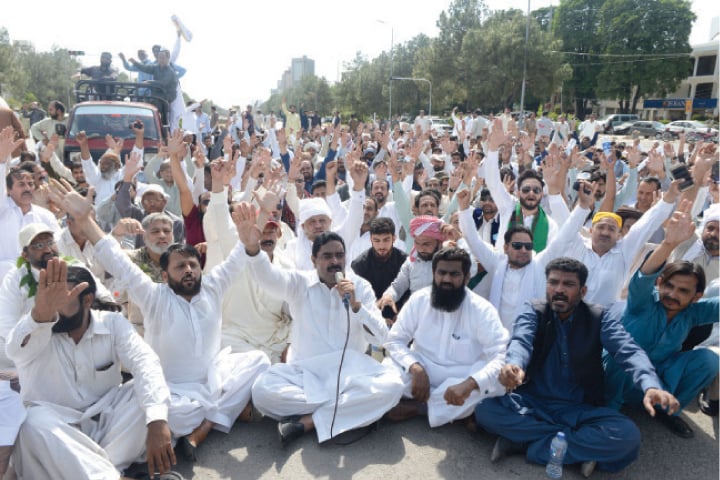 Nowadays, employees from all provinces and federal departments, including Grade 16 employees of the Islamabad Secretariat, are protesting in front of Parliament and the Islamabad Press Club in Islamabad. Due to the financial crunch, our government has not increased the salaries of government employees in the annual budget this financial year. On the other hand, opposition parties are also pressuring the government to increase the salaries of government employees. Even in the provinces where there is no PTI government, the salaries of employees have been increased. APCA is an organized organization of clerks from all over Pakistan and has an extensive network across the country since the budget 2020-21 was presented. The workers of this organization are protesting all over all provinces.

If the reality is put to the test, then the government is on the right in its place because our economic condition is very bad. On the other hand, the IMF has strict conditions. On the other hand, the poor employees are not wrong either. The storm of inflation is not taking the name of stopping. Rising inflation has broken the back of the poor man. Poor employees wait for the month of June all year round and wait impatiently for the increase in salaries. They are the white supremacist class in today’s difficult times of high school fees, the daily necessities of life, groceries, house rents, medicine; it is very difficult for lower scale employees to manage their salaries on electricity and gas bills. ۔ Public servants play a key role in the success or failure of any government. If the employees are provided with facilities, they do their job with honesty and dedication. If their rights are suppressed, then the work is stolen, tricked, the people. Bitter behavior is a daily routine. The key to the success of the private sector is that there are higher salaries and other facilities and benefits to the employees, so the employees work hard and there is no compromise on the rules and regulations while the government There is no such thing as a discipline among the employees working in these institutions, the main reasons for which are the unavailability of facilities and privileges, recommendation culture, bribery, etc.

The present government has set up a pay and pension committee for equal pay and allowances for all employees. The committee was also tasked with equal pay scale and equal pay for employees of all institutions across the country, but no action has been taken so far. Progress has not been made due to which there is uneasiness among the employees. All the provinces upgraded the clerical staff but the federal departments did not. Similarly, there is a huge difference in the salaries of secretariat employees, judiciary, NAB, FIA, high court employees and ministry employees and other departments. Although all employees receive their salaries from the exchequer of the Government of Pakistan, this discrimination should be eliminated as soon as possible so that the feeling of deprivation in government employees can be eliminated.