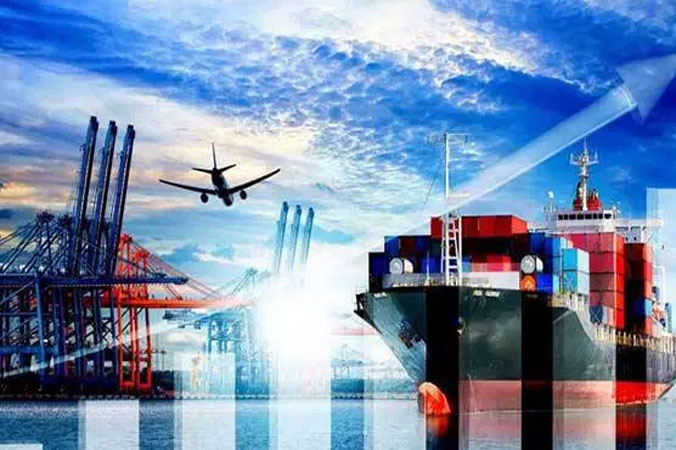 The country’s services trade deficit contracted by 50.41 percent during the first two months of the current financial year (2019-20) as compared to the corresponding period of last year.

Meanwhile, the country’s merchandize trade deficit increased by 2.02 percent during the first quarter of current fiscal year (2020-21) as compared to the deficit of the corresponding period of last year.

The deficit during July-September (2020-21) was recorded at $5.804 billion as compared to the deficit of $5.689 billion, showing increase 2.02 percent. During the period under review, the country’s exports registered negative growth of 0.94 percent, by going down from $5.510 billion last year to $5.458 billion during the current year.

Ministry of Railways would restore old system of Karachi Circular Railways (KCR) with a cost of Rs 1.8 billion and around 16,000 passengers would travel on 32 passenger trains daily.

The distance from the starting point to the last destination would be covered in only half an hour, an official in the Ministry of Railways told APP on Tuesday.

He said that Pakistan Railways was going to restore historic project of KCR on the orders given by the Supreme Court in which role and cooperation of the Sindh government would be required. The official said 44 kilometers KCR track will include 30 km loop and 14 km mainline. The KCR has total 20 stations, out of which 15 are on the loop and five on the mainline, while there are 24 level crossings on the entire track.

He said that Rs152.5 million for repair of nine stations, platforms and 15 level crossings was restored in the first phase while tenders of Rs 50 million for electrical signal and telecommunication have been issued in July of the current financial year.

The official said presently ten locomotives and 40 coaches for the KCR project had been handed over to Carriage Factory Islamabad for repair and renovation.

He said Minister for Railways Sheikh Rashid Ahmed has also announced to have a ready-made coach at Cantonment Station on the occasion of his recent visit to Shah Abdul Latif Station. To a question, he said that Pakistan Railways would upgrade the KCR project in the second phase Rs 8.705 billion would require for its rehabilitation work. After the upgradation of KCR, the number of passenger trains would be increased from 32 to 48 and passenger capacity would also be increased from 16,000 to 24,000 passengers while the total journey duration would be reduced from 30 minutes to 19 minutes.

In the third and last phase, the official the project would be upgraded to a modern urban mass transit system under public-private partnership.