PPP, PML-N leery of each other 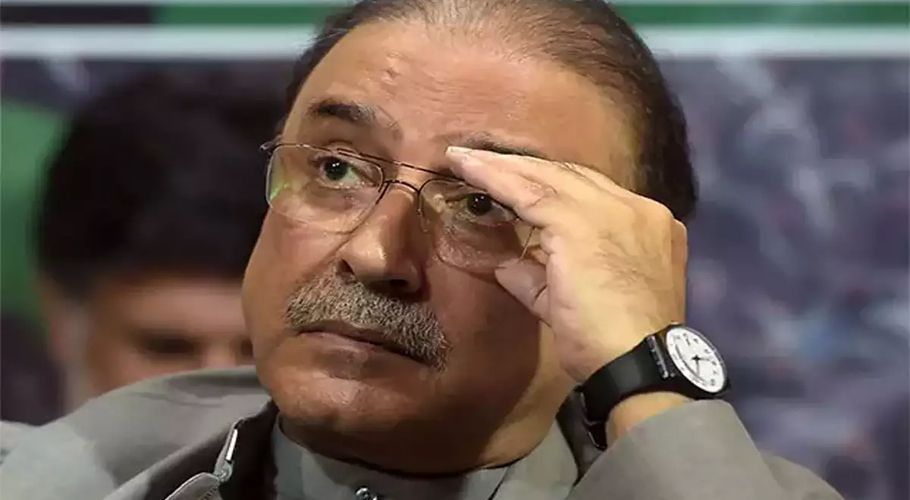 In a development that reveals the fragility of the opposition parties’ newly formed alliance – the Pakistan Democratic Movement (PDM) – PML-N stalwart Khawaja Asif has said it was “difficult” for him to trust PPP Co-chairman Asif Ali Zardari.

“I still have reservations against this gentleman [Zardari],” the former foreign minister said in a talk show, suggesting that there is still some bad blood between the two parties, which were once arch rivals. It also indicates that the alliance might be on shaky ground.

The PML-N leader said that he still had qualms about trusting Zardari and his opinion of the former president had not changed.

“It is difficult for me to believe him [Zardari] even today,” he added. “I will say this again and again, I don’t believe him.”

However, former premier and PML-N supreme leader Nawaz Sharif told reporters in London that he disagreed with his party man’s statement. “This is not our party policy. I have a great deal of respect for Asif Ali Zardari sahib and he is a part of the PDM,” he added. “I don’t know whether he [Khawaja Asif] has given this statement or not but I have conveyed to you about what I feel about him [Zardari].”

Asif’s statement came at a time when the opposition parties are preparing to stage their first rally under the banner of their newly formed alliance on October 11 in Quetta as part of their strategy to send the PTI-led government packing.

The PML-N has taken a tougher stance against the present regime as compared to PPP which seems to be keeping its “options” open.

At an all parties conference on September 20, Sharif launched a no-holds-barred onslaught against a “parallel state” in Pakistan and said the opposition’s struggle was not against Imran Khan “but against those who had imposed such an incapable person on the country through a rigged election”.

During the PPP-hosted confab, the opposition parties announced the formation of the PDM to begin a countrywide protest campaign and demanded immediate resignation of PM Imran.

They also ratcheted up its narrative against alleged rigging in the July 2018 general election and demanded that the powerful establishment should not only refrain itself from interfering in politics but also confine to its role as defined in the Constitution.

Through a 26-point resolution and a seven-point action plan issued after the APC, the opposition put forward its demands, including free, fair, transparent elections without having any role of the armed forces and agencies.

Meanwhile, PPP central leader Aitzaz Ahsan has asked his party to be careful of PML-N because Nawaz Sharif does not trust anyone, including party leaders, while taking any decision.

Talking to a private TV channel on Thursday, he said neither many PML-N leaders trust Nawaz Sharif nor Nawaz Sharif trusts anyone, including party leaders. “It is therefore my advice to party and I warn them too that Nawaz Sharif has a history of mistrust. Either it is matter of going in exile or making Shehbaz Sharif Prime Minister Nawaz cannot trust anyone”, he added.

“I will say to my party it is hard to go alongside Nawaz Sharif, therefore, they should be careful of him”, he remarked. He held “Mian Sahib left for Saudi Arabia after striking deal with Pervez Musharraf and PML-N big leaders including Chaudhry Nisar, Shahid Khaqan Abbasi, Mushahid Hussain and Khawaja Asif were in jails. Nawaz Sharif had not consulted any one at that time too, he pointed out. Aitzaz observed that Nawaz even does not consult his party leaders. He had made Shahid Khaqan Abbasi Prime Minister instead of Shehbaz Sharif, he added.