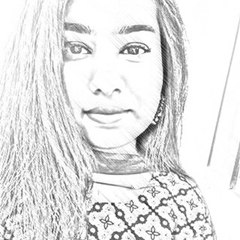 Rape, harassment and culture of victim-blaming

The tragedy of this nation is that no tragedy ever seems enough to sensitize it to reflect on its problematic behaviours and mindsets that are a root cause of many tragedies that occur here as a matter of routine. Nothing ever appears to suffice to compel the denizens of this country to look inwardly, shed the blinders and see the devil that resides in them.

One would believe that a woman, a mother, being raped in front of her children would be the worst thing that could happen, but you are proven wrong when you realize that the reality is opposite. The worst follows afterwards. Every time a woman is wronged in this country, everyone gangs up against her, proving her to be at fault for what she has endured and a coherent victim-blaming engulfs her from all sides, but mostly from men representing every platform and position of authority.

The latest demonstration of it was witnessed by all in the recent horrific motorway gang-rape incident. Just when everyone was grief-stricken and feeling tormented by the incident, Lahore’s Capital City Police Officer (CCPO) Umar Sheikh rubbed salt on our bleeding wounds by passing contemptible remarks directly insinuating the woman to be responsible for the atrocity. While it might have sent shock-waves for few, but for women, it was just another painful episode of the daily treatment meted out to them by the State and society at large.

One such incident and from eminent religious figures to highest public office holders, they all come together in blaming the victim by either declaring the immodesty and waywardness of women or women’s lack of circumspection in protecting themselves from sexual assault as a cause for the cruelty. One such incident and the whole country suddenly runs out of the spine and honour to condemn the rapists, because they belong to the gender that enjoys overwhelming dominanceover everything from roads to courts. So, it is always a woman’s fault. Every single time.

Rape can be expediently attributed to obscenity or coeducation or other countless factors, but the undeniable fact remains that the fundamental evil is the mindset that justifies and perpetuates rape

Half of the country already blames women for their sufferings. Men would conveniently bring up the reasons to justify their wrong conduct by passing the blame on the women; on their clothing, them being out at late hours, their refusal to give consent, their retaliation and so on. In fact, this ugliness is so deeply embedded that if a girl shares her story of harassment, a gang of men will dig up her pictures and start givingthe verdict if she does or does not meet a certain beauty standard to qualify for harassment. While women have to fight this mindset every minute of their lives, such sermons preaching that even in the worst possible scenarios, it is still women’s fault further narrows the space around them.

What we tend to forget while discoursing about rape is that it is just not a form of physical abuse. It’s a manifestation of power by men. It is the means by which men assert themselves as superior, powerful and untouchable. It’s men’s way to express that they have absolute power on women’s bodies and have a right to treat them as they please with impunity. There could be many other factors that foster or stimulate rape, but it is fundamentally premised on a mindset that looks women as inferior and subservient individuals who are supposed to live, act, dress and move around in accordance with the rules and desires of men – if not, they ought to face the consequences. All this can be verified in a single chat session regarding rape or harassment with men in our close circles and they will enthusiastically enlighten us how it is always a woman’s fault; they will question her dressing, declare her a liar and even cast doubts on her character.

CCPO Umar Sheikh symbolizes this very mindset that is rife in our society, a mindset that tragically goes unchallenged. He is a true personification of this scourge that ails our society and makes it a dreadful place for women to exist.

The problem is when people in authority and especially religious authority imply that somehow women are responsible for whatever cruelty is done to them; it emboldens harassers, rapists, potential rapists and rape apologists and jeopardizes the safety of women. It validates the belief system of rape apologists and harassers. It legitimizes rape and harassment.

By no means, this catastrophe could be reckoned as a blessing in disguise but regrettably, it turned out to be one. It unclothed the true face of our police force and ‘thana culture’ for those who were either ignorant or delusional. It bared this justice system naked for everyone to see and understand why women don’t approach police and courts for registration of their grievances and to seek justice.

The real tragedy is not that a public office holder in uniform who is responsible for the protection and safety of the citizens has brazenly and incessantly blamed a mother of three for the rape, but that the State doesn’t find it bothersome and immoral.The fleeting outrage over highly condemnable remarks of the police officer and the subsequent demand of his removal was not only rebuffed by the State as unworthy of eliciting any action against him, it also enjoyed thecovert and overt approval of a considerable segment of the society.

The problem with CCPO is that he is the problem. If he stays, it means countless other women will face similar victim-blaming. He is the status-quo and no reform can transpire unless such people and mindset aren’t scrapped. Because his remarks weren’t impulsive, they came from a place of conviction and systems can’t progress with such regressive mindsets at the helm.

There might be no law for victim-blaming, for rape apologists. But the removal of CCPO will mean so much more than just symbolism. It is about shutting down any voice that blames a woman for the wrong done to her. It is about sending a message that no one in the position of power dares to do it again and that the State has no tolerance for rape apologists. His removal will not eliminate rape, but it will be a tiny step towards eliminating the mindset that aids rape. His removal is beyond symbolic. It is the cure, it is the redress.

Rape can be expediently attributed to obscenity or coeducation or other countless factors, but the undeniable fact remains that the fundamental evil is the mindset that justifies and perpetuates rape. It’s futile to ban obscenity from visual platforms and let the mindset that abets rape to nurture and flourish. Unless the mindset that is a primary source of violence against women is not eradicated and publicly denounced e.g. removal of CCPO, unless the voices that cheer on rape aren’t proscribed, unless those who use rape threats with sheer sense of impunity aren’t apprehended, unless cyber laws aren’t enforced, unless police reforms aren’t implemented, no measures otherwise will have any effect in remedying this disease.

So,to make this society even slightly safer for women, ban this evil mindset, ban these vile voices, ban the culture of victim-blaming.

The author is a freelance writer based in Islamabad. She can be reached at sheemamehkar@gmail.com