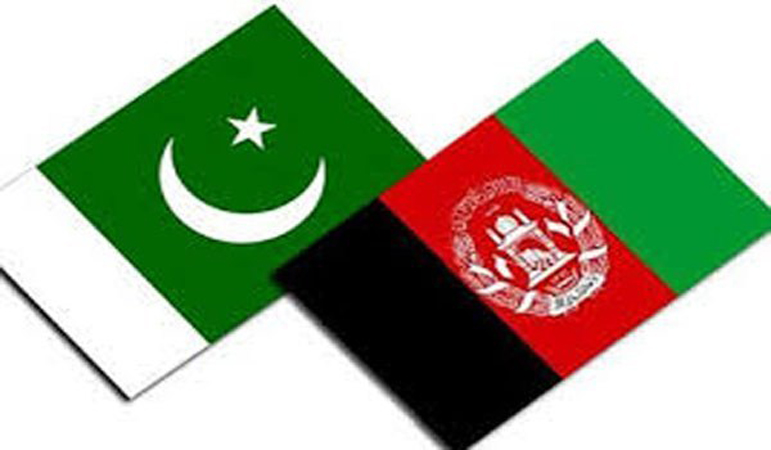 There was a need to promote people-to-people contact besides parliamentarians’ level relations with Afghanistan, he stated while talking to a private television channel. “We want to discuss all issues with Afghanistan so that viable solution can be made to move forward,” he stated.

The Pakistan, he said in upcoming visit to Afghanistan, would have discussion on trade, business and invite investors for investing in this part of the region.

Defence Minister, Pervez Khattak said that new visa policy for Afghan people would help address the issue of undocumented people entering Pakistan sometime back. He said both sides wanted to take advantage of the products of the industrial sectors available in Pakistan and Afghanistan. The agriculture, he said was also a sector which could be promoted in a proper manner.

Advisor to Prime Minister on Establishment Shahzad Arbab said that establishing markets at Pak-Afghan borders to boost business and trade activities in the area.

The people living on both sides of bordering area could find job opportunities after establishment of markets, he added.

The new visa policy took a people centric approach and was highly facilitative for ordinary visitors, students, businessmen and medical patients. It would not only benefit Afghans but also have a positive impact for the economies of Khyber Pakhtunkhwa and Balochistan. The policy came after three months’ comprehensive process at the National Assembly, wherein the Speaker constituted an executive committee and four task forces to look into the issues restraining trade potential and people to people contacts with Afghanistan.

The policy was the result of over 40 meetings involving six cabinet members and 30 institutional stakeholders. Under the policy framework, cross border pedestrian movement with Afghanistan was opened for four days a week. Hassle free transit of Afghanistan bound cargo was another big achievement.

It can be gauged from the fact that the number of containers stuck between ports and Border Crossing Points (BCPs) was substantially reduced from 5000 in July to 800 whilst time taken by an Afghanistan bound truck between the two points was also reduced from 28 days to 4 days.

Rent seeking from Afghan transit trade by nefarious elements was taken head on and all illegal staging areas were closed down.

New border crossing points were opened for trade including Ghulam Khan, Kharlachi and Angoor Adda and necessary infrastructure was being developed.

A major bottleneck to trade were lengthy clearance procedures at the border, like scanning of cargo. It had been thoroughly rationalized and made facilitative.These were major milestones achieved in pursuit of Asad Qaiser’s vision to scale up bilateral trade to its potential of US$10 billion.

In his recent meeting with Abdullah Abdullah, the Chair of Afghanistan’s High Council for National Reconciliation, the Speaker underscored the value of CPEC and CAREC trade and infrastructure linkages for Afghanistan and Pakistan.

It was agreed in the meeting that all efforts would be undertaken for the mutual benefit of the people of Afghanistan and Pakistan. Issues of Pakistani prisoners in Afghan jails and visa problems for Pakistanis wishing to visit Afghanistan were also raised during the meeting. Prime Minister’s initiative to open border markets was also welcomed by Abdullah Abdullah.