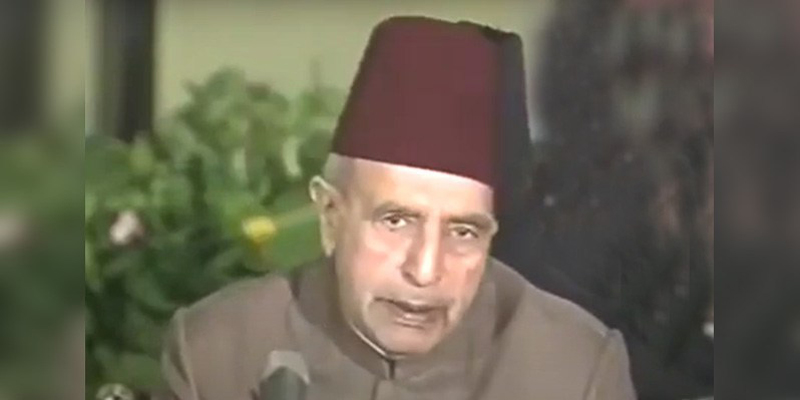 The 17th death anniversary of Nawabzada Nasrullah Khan, also known as ‘Baba-e-Jamhooriat’, is being observed on Saturday.

Nawabzada Nasrullah Khan spent all his life in fighting against dictators, military as well as civilian, and struggled to strengthen the parliamentary democracy.

Born on November 13, 1916 in Khangarh District in Central Punjab, Nawabzada Nasarullah started his politics in 1930, when Majlis-e-Ahrar-e-Islam was formed by Syed Attaullah Shah Bukhari against British raj.

He was also elected as secretary general of All India Majlis-e-Ahrar-e-Islam in 1945. He joined the Muslim League in 1947 after the partition.

In 1966, he served as President of the All-Pakistan Awami League.

In 1993 He was elected again to the national assembly.

He was also made the chairperson of the Kashmir Committee. Just before his death, he was the Chairman of Alliance for Restoration of Democracy (ARD) working for the restoration of democracy in Pakistan against Gen Pervez Musharraf.

He died on September 26, 2003 after being admitted to hospital in Islamabad, following a heart attack at the age of 85 years old. He is buried in Khangarh District, Muzaffargarh.