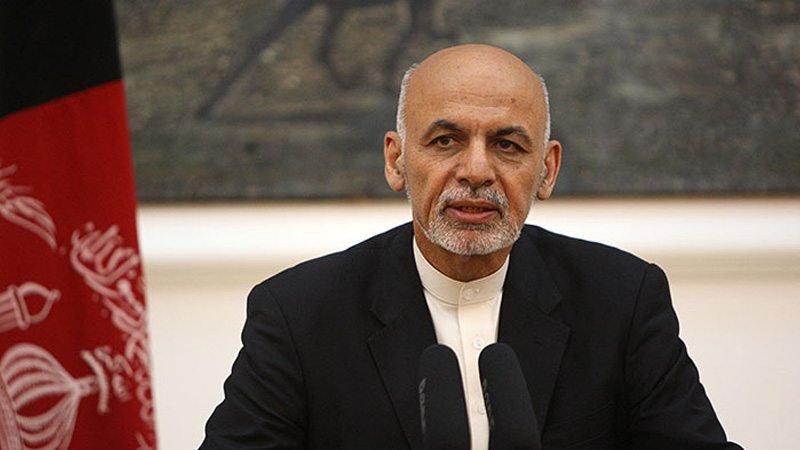 The two leaders spoke at a time when the Taliban and the Afghan government are holding peace talks in Qatar, however, there is no letup in violence. The Taliban have rejected calls for ceasefire.

The Afghan defence ministry claimed on Friday that the Taliban have increased attacks and mine blasts, blaming them for fighting in 22 provinces.

Taliban spokesman Zabihullah Mujahid, however, accused the Kabul administration of spike in the violence and said Taliban are in a defensive position.

“We fully back a ceasefire,” a statement from the presidential palace quoted the prime minister as saying after President Ghani called for a ceasefire.

The prime minister’s office in Islamabad said Imran Khan called for reduction in violence in Afghanistan.

A statement from the prime minister’s office said that Khan emphasized the importance of all Afghan parties working for reduction in violence leading to a ceasefire.

“The Prime Minister reaffirmed Pakistan’s steadfast support to the Afghan peace process and noted the positive results of these efforts culminating in US-Taliban Peace Agreement and the commencement of Intra-Afghan Negotiations,” according to the statement.

The Taliban and the US had signed the agreement in Qatar in February for the withdrawal of all foreign forces in 14 months.

The Afghan government and the Taliban are currently holding peace negotiations to end the war in Afghanistan.

Khan also appreciated the steps taken by relevant sides to enable the start of Intra-Afghan Negotiations in Doha, the statement said.

“The Prime Minister further underscored that all Afghan stakeholders must seize this historic opportunity and work together to secure an inclusive and comprehensive political agreement through the Afghan-led and Afghan-owed process,” the statement added.

He said “Pakistan will fully support the decisions that the Afghan people will take about their future.”

On bilateral relations, Khan underlined the importance Pakistan attaches to constructive engagement with Afghanistan and to peace, stability and prosperity of the Afghan people.

He noted that the Chairman of Afghan High Council for National Reconciliation, Abdullah Abdullah, will be visiting Islamabad next week.

Officials and diplomats say Abdullah will pay a three-day visit to Pakistan from Sept. 28 for talks on the peace process. He will be accompanied by a 60-member delegation and will hold talks with senior political and military leaders.

Khan also thanked President Ashraf Ghani for the invitation extended to him to visit Afghanistan and conveyed that he will undertake the visit at the earliest opportunity.