While much of the news cycle will now be dominated by what direction the new confrontation between the government and the opposition is going to take, now that the so called Pakistan Democratic Movement (PDM) has been formally launched, you can bet that very little if any popular thought is going to go towards the lot of the common man; as if he is just supposed to forget all his troubles and see who wins the latest political slugfest. Already the government has decided to turn all its energies to try to nip this evil in the bud, so to speak, if at all possible. Otherwise it’s pretty clear that they will respond to all allegations and attacks in kind.

The opposition is no doubt desperate to take its case forward. Everybody knows that it will lose the numbers game in the Senate in March, which will make it unable to put up any resistance in parliament. That is why it must do something in the few months that it has or have a long-term plan ready; one which can unfold outside the house and still pressure the government. The government is, for the time being, appearing to laugh it all away since the prime minister had predicted a long time ago that the opposition would rush to unite once the noose of accountability tightened around its neck. But that will not make the problem go away. Once it begins to get weighed down by the drip feed of negativity stemming from all the attacks employed by the opposition, it will notice its attention diverted and energy sapped all the time, which will begin to have an impact on governance sooner or later.

And that is where the effect of all this on the common man comes back into the picture. Let’s not forget that we are still passing through extraordinary times. Despite all the successes in controlling the spread of the coronavirus, there has been a rather disturbing increase in new cases lately. And the economy is by no means out of the woods yet. The goods news that came on the exports and remittances front, both of which recorded very healthy and record-breaking rises over the past few months, has also pretty much turned around and suddenly the government has much to worry about when it comes to revenue collection. A lot of average Pakistanis are waiting in line to get their jobs back. At such a time the last thing that would impress them is an unwarranted fight between the government and opposition about how fair or unfair the last general election was. Both government and opposition are accusing the other of politicising the climate whereas they are both guilty of playing politics over what is effectively the fate of the country and all its people. * 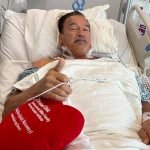 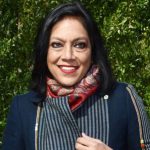 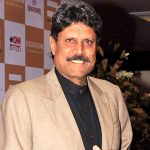