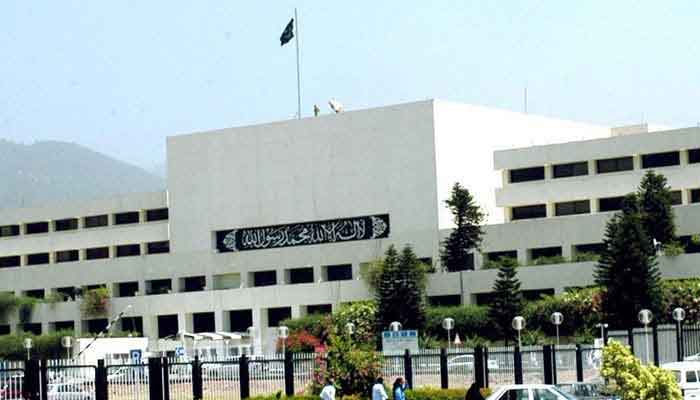 The government on Wednesday managed to pass three crucial Financial Action Task Force (FATF) related laws in a joint session of the parliament that was marred by the opposition’s protests.

The opposition staged a walk out in protest after having noisily rejected proposed amendments to some clauses of the bills.The three bills that were passed with amendments were the Islamabad Capital Territory Waqf Properties Bill, 2020, Anti-Money Laundering (Second Amendment) Bill and the Anti-Terrorism Act (amendment) Bill, 2020.

Subsequently, the NA speaker proceeded to conduct a vote count, asking the parliamentarians in favour to stand up. On the motion to present the bill, 200 voted in favour and 190 opposed it.
The bill was read out clause by clause, with amendments to some clauses approved, while others were rejected by a voice vote.
Opposition members are loudly voicing their opposition to the amendments in the bill.
Senator Raza Rabbani of the Pakistan-People’s Party (PPP) objected to the bill being tabled by Awan as advisers to the prime minister do not have the authority to do so.
PPP Chairman Bilawal Bhutto-Zardari sought to address the session, Foreign Minister Shah Mahmood Qureshi said that people who have proposed amendments should be allowed to speak instead.