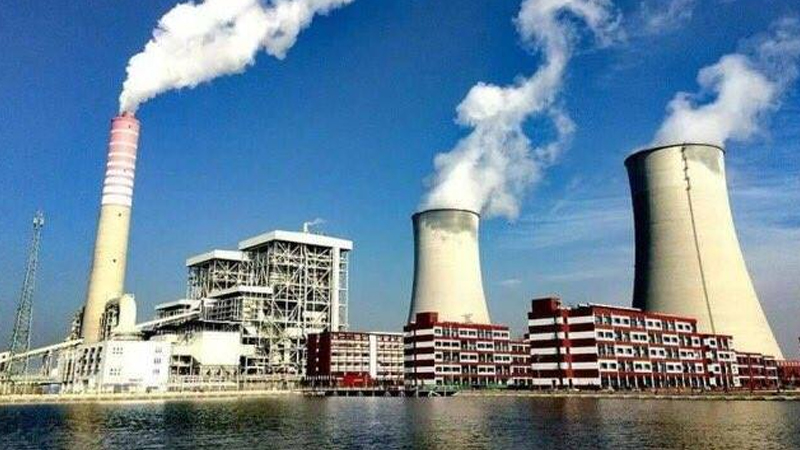 “As the city and adjoining districts are in the grip of scheduled and unscheduled load shedding, the Ministry of Water and Power says the system’s stability [in Lahore] is in trouble” – a leading Pakistani newspaper headline in 2017.

In 2017, Sahiwal Coal Fired Power Plant (CFPP) was connected to the national grid in an in & out arrangement at Qadirabad, district Sahiwal. Before this arrangement, there was a direct 500kV transmission line from Yousafwala, Sahiwal to Lahore. As a result, the power flow was either from Lahore to Sahiwal or vice versa. However, after the addition of Sahiwal power plant, this arrangement provided the flexibility of bi-directional flow of power hence the energy flow can be maintained in a more efficient manner. Being positioned approximately at the center between Lahore, Multan and Faisalabad makes

Sahiwal a power hub. In the past, the absence of a big generating unit in its vicinity used to cause a lot of stability issues for the national grid system. With the addition of the Sahiwal CFPP, electrical parameters of the grid are now being reliably maintained within limits. Most importantly, the plant helps maintain a stable frequency around this load center and supplies much needed reactive power for the system’s inductive loads in summers while provides a luxury of absorbing reactive power in winters through its large generating units hence stabilizing the system voltage. LESCO division is the main load centre of Pakistan having a demand of around 4000MW in summers which is approximately 20% of country’s total demand. Until a few years ago, huge voltage variations were a common problem especially

during peak hours. To cater for this issue, static VAR compensators were installed at multiple grid stations but voltage fluctuations still remained persistent. However, since the addition of 1320MW generation by Sahiwal power plant, the voltage profile in this region has improved considerably.

Before the induction of Sahiwal power plant, the 500 kV Yousafwala substation was only fed through different transmission lines coming from other substations rather than directly from generating units. Proper load management with stable electrical parameters was a hassle. Ghulam Abbas (Executive Engineer & In-charge of 500 kV Yousafwala G/S) stated, “Prior to the addition of CFPP Sahiwal, 500kV auto transformer banks at Yousafwala were not being utilized to their capacity as per load requirements of the DISCOs: MEPCO, LESCO & FESCO. Ultimately, to fulfill power system stability requirements, load shedding at DISCO level was unavoidable beyond installation of under frequency schemes at 132KV transmission line circuits at NTDC level. Addition of CFPP in this region has improved not only the utilization of existing auto transformer banks at Yousafwala substation, but an extra 600MVA auto bank transformer has also been added recently to transmit power to other NTDC grids and help eliminate load shedding in DISCOs.

Another technical benefit added by Sahiwal coal fired power plant is that the voltage profile has improved considerably in surrounding DISCOs and most of the inductive load at the consumer end is now being supplied with adequate reactive power (VAR’s). Regarding this Engr. Arslan Ahmed (Sub Divisional Officer Operation MEPCO) states that “The installation of Coal Fired Power Plant in the immediate vicinity of Sahiwal made a considerable improvement in the voltage levels at the 500kV Yousafwala Grid Station. Previously, two 500kV single-circuit lines were feeding the Yousafwala Grid i.e. Sheikhupura and Multan, having distances of 195km and 180km respectively. These long lengths were causing line losses as well as voltage drops.

The installation of coal fired plant in Sahiwal resolved this issue by providing a 1320MW power source. Initially though, the commissioning of such a big power source caused the overloading of the Yousafwala Grid. The existing 2 x 600MVA, 500/220kV auto transformers banks were operating at approximately 50% of their total capacity. But after addition of Sahiwal CFPP, the two auto transformers banks started operating at their full capacity, and another 600MVA 500/220kV auto transformer bank had to be installed at Yousafwala grid station as well. The voltage profile has now improved significantly in my division.”

Initially, National Power Control Centre (NPCC, Islamabad) had reservations about installing a big generating unit in the load center as its sudden tripping can cause major instability in the system. However, since Sahiwal CFPP has been a base load power plant for the last 3 years providing uninterrupted and reliable power supply, NPCC is quite satisfied that they can control electrical parameters (frequency, reactive power, voltage, etc) in this region more efficiently due to the presence of this big generating unit. Nasir Ahmad (Additional Chief Engineer Power Control, NPCC), stated: “Since its inception, Huaneng Shandong Ruyi Sahiwal CFPP has set new standards of reliability, stability & safety in the power sector and ensured the provision of low cost electricity to the people of Pakistan. Long Live Pak-China Friendship.”