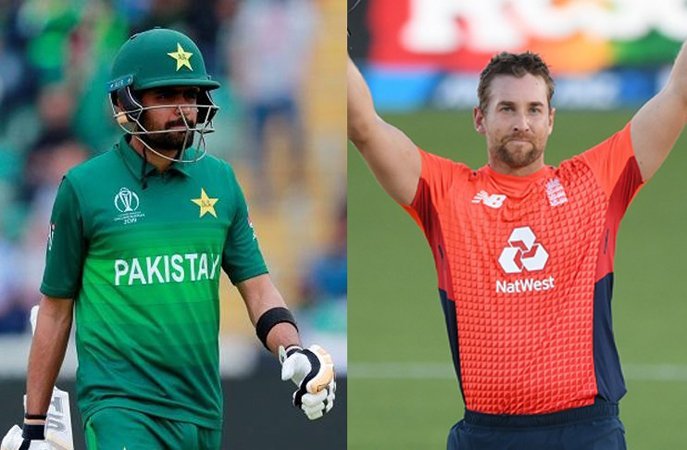 LAHORE: England’s Dawid Malan has replaced Pakistan’s Babar Azam as the world’s top-ranked Twenty20 batsman after a fine series against Australia, the International Cricket Council announced on Wednesday. The 33-year-old left-hander is not a high-profile figure in the world game but has burnished his record after scores of 66, 42 and 21 against Australia saw him jump four places in the ICC standings. Malan now has eight scores of fifty or more in just 16 career T20 internationals, with an average of 48.71 and an equally impressive strike rate of 146.66. Pakistan captain Babar dropped down to number two, while Australia captain Aaron Finch remained third in the batting standings. “Obviously his form in T20 as it stands is phenomenal and it seems to keep getting better the more he bats,” said England coach Chris Silverwood of Malan.

“It’s good to watch him. He’s worked hard to get into the team and when he’s got his opportunity he’s taken it, which is superb. His record is brilliant at the moment, good on him.” There was more good news for Malan on Wednesday when he was added as a reserve for the three-match one-day international series against Australia in Manchester starting on Friday. Malan replaces Joe Denly in the 50-over world champions’ three-man standby list.

But with opener Jason Roy passed fit after a side strain and the promising Phil Salt also selected as a batting reserve, Malan will do well to force his way into England’s ODI team. England leg-spinner Adil Rashid has climbed two places to seventh in the global T20 rankings. Rashid took an impressive 3-21 against Australia at Southampton on Tuesday but could not prevent England losing by five wickets, although they still won the series 2-1. The victory saw Australia regain their status as the number one ranked side in the format after England briefly claimed top spot, with left-arm spinner Ashton Agar remaining third in the bowling standings and paceman Kane Richardson breaking into the top 10.