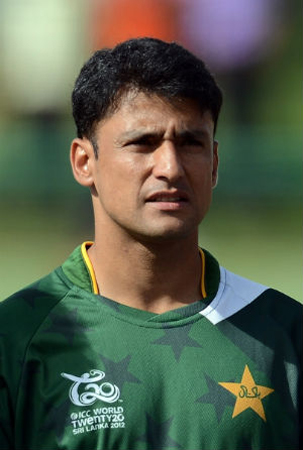 ISLAMABAD: Former all-rounder Yasir Arafat has made some serious allegations on Pakistan cricket. The 38-year-old has said he felt ‘unwelcome’ by the senior cricketers and accused the cricket body of favouritism. Arafat played three Tests, 11 ODIs and 13 T20Is for Pakistan. “When I made my debut in 2000, we had come after playing the Under-19 World Cup in Sri Lanka. The Pakistan senior team had come back from Australia at the time and there were a lot of changes being made. They had dropped 5-6 players due to the bad performance,” he told former Pakistan wicketkeeper Kamran Akmal on his YouTube channel. Even the captaincy, I think, Wasim Akram was doing it (Saeed Anwar was the captain). In that match Younis Khan and another batsman Imran Abbas also made their debuts. The atmosphere was such, and the senior players had such an attitude that you would feel that you are unwelcome in the team.” Arafat further added that he felt as if he was in an ‘alien’ atmosphere.

“”It felt like an alien atmosphere where, if you need to perform, you needed to do it all by yourself and you won’t get any support at all.” He alleged that quality all-rounders like Abdur Razzaq and Azhar Mahmood were overlooked and some players were given preference. “As far as Pakistan cricket is concerned, we haven’t had better all-rounders than Abdul Razzaq and Azhar Mahmood,” he said. “But even when they were not there, other cricketers were fast-tracked based on someone’s liking, someone who had played two matches of first-class cricket or not played at all. I didn’t understand why I was not in their good books,” Arafat added on former Pakistan wicket-keeper’s Youtube channel. Arafat made his Test debut against India in December 2007 but his career didn’t last long and he managed to add just two more Test matches to his 2-year-long career.