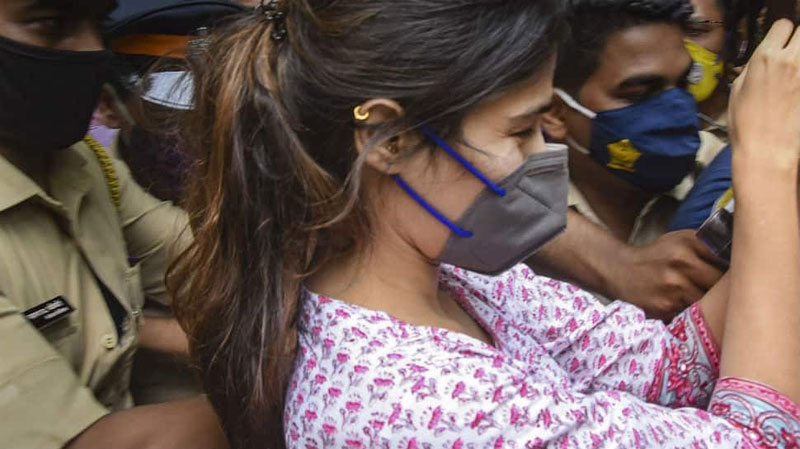 Actress Rhea Chakraborty was questioned by the NCB for around 8 hours on Monday (September 7), the second consecutive day of her interrogation, in the drugs case linked to Sushant Singh Rajput death case.

According to reports, she has been summoned by the NCB for the third session on Tuesday.

The 28-year-old arrived at the agency’s office in Ballard Estate at around 9:30 am and left at around 6 pm.

On September 6, on her first day questioning by the NCB, Rhea was grileld for about six hours by the agency.

The agency has said that it wants to question Rhea and confront her with her younger brother Showik, Sushant’s house manager Samuel Miranda and his house staffer Dipesh Sawant to ascertain their roles in this alleged drug racket after it obtained mobile phone chat records and other electronic data that suggested some banned drugs were allegedly procured by these people.

The 28-year-old arrived at the agency’s office in Ballard Estate at around 9:30am and left at around 6pm

These three men were arrested by the NCB in this case over the last few days. The officials said the actress was questioned on these lines on Sunday.

Rhea was earlier questioned by the Central Bureau of Investigation and the Enforcement Directorate.

Rhea, in interviews given to multiple TV news channels, has said that she never consumed drugs herself. She had, however, claimed that Sushant used to consume marijuana. Reports stated that during her interrogation, she admitted before the NCB officials about purchasing drugs on Sushant’s insistence.

The NCB, meanwhile, has arrested another man, identified as Anuj Keshvani, in the case. The agency said his name came up during the interrogation of Kaizan Ebrahim who was arrested by it in this case earlier. Ebrahim is currently out on bail.

The agency had said it seized drugs like hashish, LSD and marijuana and cash after raids conducted against Keshvani on Sunday.