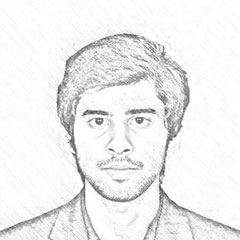 International relations bear witness to no such things as ethics and moralities. Countries, usually, are not bound or regulated by moral policing. What drives relations among states is purely realpolitik. Despite the American hate for communism, President Nixon visited the Communist China because diplomacy was more important than beliefs, in regulating international relations. Another concept that supplements realpolitik is power politics. Nation states compete in the global arena and dominate others by acquiring more power. This power traditionally has been associated with military strength but with changing times the prospects of power have also evolved. Economic power now seems to have surpassed military power in terms of its contribution to total power status of a state.

Let’s talk about Pakistan’s place in the global arena and the agency of its foreign office. Since inception, we have relied upon our geo-strategic importance, in the global arena, to embolden our position on the international stage. This may have benefitted us in many ways. For instance we secured billions of dollars of foreign aid for various purposes, ranging from military affairs to health and education. At times, when the West needed us, either to stop Soviet invasion in Afghanistan or when it needed our help in fighting their war on terror, Pakistan was flooded with Western aid. It helped us get militarily as well as economically strong. Good enough! But was this position sustained? What about the times when the Western powers with whom we had signed pacts like SEATO and CENTO, refused to help us during wars with India.Similarly, even the Muslim states, members of OIC, refused to take up our stance on Kashmir. Underlying reason being their trade interests associated with India. In-fact, UAE awarded Indian PM with its highest civilian award.

Recently, Israel and UAE finalized a peace deal. A shock to the Muslim world! Right? Though UAE tried sugar-coating the deal by saying it will stop Israeli attacks on Palestinian people. But we know the coveted deal was just to secure UAE’s national security by allying with Israel in case Trump fails to win the elections. Turkey immediately threatened that it might cut ties with UAE. Why not Israel? The answer is very clear. Turkey has for long been an importer of Israeli technology and also benefits greatly from its exports to Israel. Apart from this, let’s not forget Turkey was the first Muslim majority country to accept the state of Israel. Even the other Muslim countries in the region share a dubious policy on relations with Israel.

But when it comes to Pakistan, the issue of accepting Israel or not is an issue based on morality not strategy. The PM clearly stated that the government will never accept Israel until the issue with Palestine is not resolved- till then, no diplomatic relations. But when it comes to Kashmir, our jugular vein, on which India has established control, we are still maintaining a diplomatic relation. To this argument, the title ofShahzad Chaudhary’s recent article “Never say never” is self-sufficient and self-explanatory. For years the state has constructed beliefs in the minds of the Pakistani people. So when it comes to making foreign policy decisions, domestic pressure limits the scope of decision making. The point is that when we make such statements, we limit the spectrum of options available. For instance, what if other Muslim states follow the precedent set by UAE and normalize relations with Israel. Where would be our foreign policy standing? Will we roll back our70 years of demonstration of support for Palestine or will we be willing to risk relations with Muslim Ummah. Supposedly, if the government of the time decides to normalize relations, public outrage will cause wreak havoc.

Similarly, we are in a state of euphoria when it comes to CPEC and friendship with our “iron brother”. Downside of which is that we are unable to understand and bridge the widening gap in relations with the US. Secondly, peace in Afghanistan is materializing and will definitely change Pakistan’s perceived value for US. CPEC undoubtedly is a game changer for Pakistan and China indeed has been an all season ally but forgoing relations with other states in lieu of this relation is not wise in any manner. And what has history taught us? Never put all your eggs in one basket. Therefore, we need to make proactive policies to balance relations.

Talking of relations we are already stressing on ties with Saudi Arabia. The statement of the Foreign Minister, Shah Mahmood Qureshi, on Kashmir issue clearly portrayed his feeling towards Riyadh. What else it represented was the foreign office’s inability and helplessness to amass support for Kashmir. But why blame Riyadh? Why would Saudi Arabia risk relations with one of its biggest oil importers and that too at a time when oil prices were dwindling? And let’s not forget Pakistan has mostly been on the receiving end in its relationship with the kingdom. The problem lies in our policy making structure that seemingly beliefs in a moral world. The problem lies in our thinking that we would go about asking for help and help would come as per our desires and conditions. International relations do not work this way. For a state to have agency, it needs to have a valuable asset, sadly for Pakistan we have a small economy that does not offer much value. Therefore, having morals and beliefs might be a very attractive trait in person but we live in a world that is in pursuit of securing its national interests, whatever the costs.Concluding in the words of Lord Palmerstone, who said “We have no eternal allies, and we have no perpetual enemies. Our interests are eternal and perpetual, and those interests it is our duty to follow”.

The writer is a freelancer and can be reached at alikhalid.4@yahoo.com