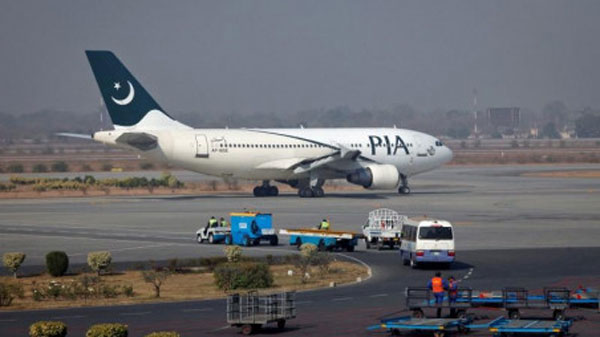 Pakistan International Airlines, the Islamic nation’s flag carrier, will not appeal against a six-month ban imposed on its lucrative flights to European locations, three officials said, in a blow to the ailing airline’s pre-pandemic turnaround plans.

The European Union Aviation Safety Agency (EASA) banned PIA from flying to the bloc in June over safety concerns, days after the country grounded dozens of its pilots over allegedly dubious qualifications.

“We’ve decided that filing an appeal at this stage will be counter-productive,” PIA spokesman Abdullah Khan told Reuters.

The deadline to appeal expired on Aug 31.

Two civil aviation officials told Reuters that all the stakeholders agreed that an appeal would be a futile exercise until reforms in the regulatory framework and a full probe into the pilots’ scandal were completed.

The civil aviation officials declined to be named. The government and the Pakistan Civil Aviation Authority did not respond to requests for comment.

Opting not to appeal means the ban will remain in force until the end of 2020 – a year in which PIA was to implement a new business plan aimed at making the company profitable by 2023 – via a route rationalization, increasing flights and adding new sectors like Amsterdam.

With more than $4 billion in accumulated losses, PIA was already struggling financially when flights were grounded in March because of the pandemic. Just as it resumed operations in May, a domestic PIA flight crash in Karachi killed 97 of 99 people on board.

An initial inquiry pointed to a number of safety failures, and sparked a disclosure from authorities that nearly a third of PIA’s pilots may have falsified their qualifications, prompting EASA, the US Federal Aviation Administration (FAA) and other regulators to ban PIA flights.

PIA had halted commercial flights to the United States before the ban, but was flying charter flights and had planned to restart operations there soon.

The European ban hurt its revenues from overseas sectors such as London, Manchester and Birmingham that were to be a cornerstone of PIA’s turnaround strategy.

The business plan put together by the PIA management last year saw those UK routes and new European destinations as key to its turnaround strategy, which also involved inducting at least seven new aircraft to its fleet by 2022.

The year “2020 would be a break-even year followed by return to profitability in 2023,” said the turnaround plan, reviewed by Reuters. It has not been made public.

The expansion plans are now on hold, and the airline plans to revise its turnaround strategy in consultation with the International Air Transport Association (IATA), said PIA’s Khan.

IATA, which is to begin an operational safety audit of PIA this week, said the audit process was standard practice after aircrafts of registered airlines met with accidents.

In an emailed response to Reuters, Albert Tjoeng, IATA’s Assistant Director of Corporate Communications for Asia Pacific, said IATA could not confirm or discuss the body’s consulting projects keeping in view commercial confidentiality.

“It’s a routine audit consequent to which each airline gets an operational clearance certificate. PIA teams are all geared up for the audit,” said PIA’s Khan.

As stated in its turnaround strategy, PIA’s plans to divest non-core businesses such as food catering and ground handling remain on track and it is also set to hire an international consultant to advise on legacy debt, said Khan.

The business plan noted that PIA’s share of international flight traffic into Pakistan had fallen to 27% in 2019 down from 42% a few years prior.

Aside from operational issues, the report cited competition from Middle Eastern airlines as one of the main reasons behind the market share decline, and it proposed that Pakistan revisit its open skies strategy to allow PIA to be more competitive.

The recent bans however, risk further denting PIA’s market share with carriers such as Virgin Atlantic recently announcing direct flights into Pakistan to fill the PIA void. The new projections of PIA’s market share are being calculated, its spokesman said, adding the airline’s management believes the decline on an annual basis will not be “as brutal as predicted,” due to the pandemic slowing down global traffic.