A Sinking Ray of Hope 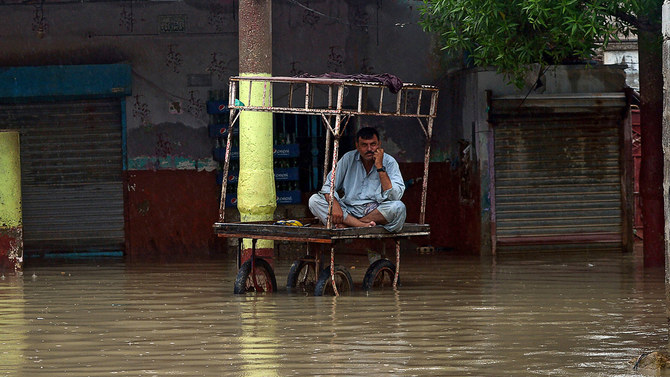 Karachi was a symbol of hope, prosperity, and freedom in the post-partition era. It was the magical city of lights that people cherished and also migrated to in order to find work and guide their family’s wheel-of-life towards betterment. Now sadly enough it is no more than a depiction of sorrows, hopelessness, and the devastating consequences of bad-governance; the very recent failure of disaster management because of the thunderstorm that hit Karachi is the prime example of the latter.

The ongoing monsoon season brought heavy rainfalls and thunderstorms and with it came not-so-surprising havoc. According to Meteorological Department, the city recorded a massive 345mm downpour in the PAF Faisal Base and broke a 36-year-old record. It is a catastrophe in every sense of the word and there is no doubt that natural disasters have destroyed and annihilated even the most well-governed and carefully planned cities in the world but the question that keeps arising is that why were there no precautions taken by the ruling authorities and especially Sindh government despite Met’s multiple warnings of urban flooding? If not to overcome this all together then to at least minimize the damage. There are 550 small to medium and large drains in the city and each one of them is choked with tonnes of garbage. Sewerage lines are all clogged and roads are being filled up with piles of garbage that is boiling up from the drains. No government-level rescue operations were to be seen for the people that were stuck on roads for hours and no assistance was provided to ensure their safety. The way this city has drowned is not the consequence of a natural disaster but behind it stands years of corruption, misgovernance, deliberate dysfunctioning of authoritarian departments and horrific ways of making money in the name of public service. Local governments and civil society has certainly been of no help either. The city is drenched to the knees and rather than clearing it all up and doing their respective duties our politicians are slinging mud at each other and engaged in political point-scoring.

The only help our citizens had was of themselves. Local residents risked their lives and put in hours of work of rescue operations and assisted the affected whether it consisted of pulling out and rescuing the people that drowned in drains or opening up the doors to their own houses to provide shelter. Last two days has certainly put things into perspective and it is now safe to say that this city is not run by some government but by its own people. Karachi has been facing grave dangers since decades in one form or another and has become a symbol of resistance in the face of adversity but it is now time to move past the power struggle and work for the development of this city as it deserves better from us, and surely enough so does its people.