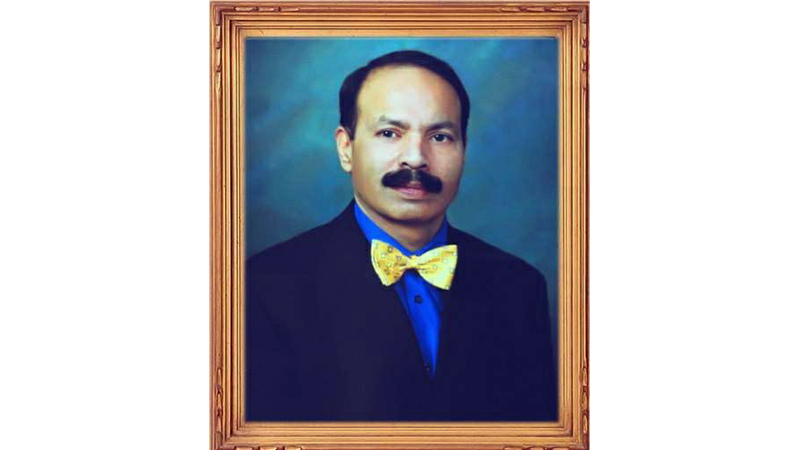 David Stafford Clark was one of the most prominent psychiatrists in the world in the 1960s. His 1952 book Psychiatry To-day sold over 100,000 copies. He was the first psychiatrist in the world to mainstream psychiatric problems through BBC TV series. He was known to millions and hundreds of psychiatrists aspired to be under his wings. In 1968, a 21-year old Asian doctor came to England to study psychiatry. He adamantly aspired to get training from Prof Clark. The professor was serving at Guy’s Hospital in London at that time and it seemed impossible to get training under him. The hospital, at that time, only accepted local graduates for specialized training. The young doctor met with the professor at a conference and informed him about his wish. The professor, however, said it wasn’t possible as they only accepted their own graduates for training.

Then one day a job was advertised in the Guy’s Hospital for a senior house officer position. The young doctor was selected as the only person of color at the hospital where he trained under the worthy professor. He became his teacher’s most favorite trainee with his sheer hard work, dedication and love for psychiatry. Years passed and the young doctor completed his training. The professor saw a bright future for him in psychiatry in Britain but the young doctor told him he had to go back to his motherland Pakistan. “Your country isn’t ready for you yet,” the professor told him. “I will make it ready,” replied the young doc. Prof Stafford was angry at first but then seeing his young trainee’s commitment, he sent him a card. “Go back home and produce the Mubbashar Dynasty of Psychiatry,” the card read.

This young doctor many years later became known to the world as Professor Malik Hussain Mubbashar. The pioneer Vice Chancellor of Punjab’s first medical varsity, University of Health Sciences (UHS), Prof Mubbashar died of a cardiac arrest in Islamabad on Monday at 73. He did fulfill his guru’s prophecy and produced a Mubbashar Dynasty of Psychiatry. In 1982, Professor Mubbashar invited his mentor Prof Clark in an international conference on Psychiatry in Pakistan. That was a proud moment for both. Whenever he was asked to settle abroad or offered another citizenship he would refuse by saying, “I am strikingly patriotic”.

His journey started under a tree in Rawalpindi Central Hospital that later became Rawalpindi General Hospital. He joined the hospital in the early 70s and started seeing patients under a tree as no psychiatric ward existed at that time. He was told the hospital didn’t need a psychiatrist. However, several years later he built the region’s first World Health Organization (WHO) Collaboration Center and Institute of Psychiatry at the same spot where he used to see patients under a tree. The psychiatrists trained at the institute serve across the country. It also trains doctors from 21 foreign countries. Almost all heads of psychiatry institutes later built were trained at IR&WHO Collaboration Center.

When he became the principal of Rawalpindi Medical College he brought about structural changes to strictly follow a merit-based system. He would often invite his students to his home and teach them over a cup of tea which helped him build a strong bond with them.

UHS VC: In 2002, when the Punjab Government decided to make its first health sciences university, he was recommended as top choice. Many people thought psychiatry isn’t a major medical branch so the first Vice Chancellor should be from some other major faculty. No one else, however, had as strong credentials as him. He had authored some 28 books, held the chair of Global Mental Health Network at the World Bank and worked along with doctors from across the world through WHO programs.

He served at UHS from 2003 to 2012. At UHS he built such a transparent system of medical college entrance exams that nobody has raised a question to its neutrality to date.

His small decisions made a huge difference. He banned the pharmaceutical companies on campus despite all pressure and requests. Many medical graduates failed the United States Medical Licensing Exam (USMLE) or exams to do fellowships in foreign countries just because they couldn’t answer the questions related to medical ethics and morals. He introduced Behavioral Sciences subject in medical colleges’ curriculum Punjab. The aim was to teach future doctors medical ethics and morals. It helped young doctors to be better practitioners and score better marks in foreign licensing exams. As Pakistan Medical and Dental Council (PMDC) member, he opposed the mushroom growth or medical colleges and never compromised on quality. In a country where mafias are stronger than the government, he was attacked three times to rise against private medical colleges’ malpractices.

He was a member of WHO Expert Committee on Mental Health and Drug Dependence, regional coordinator of Eastern Mediterranean region, International Consortium on Mental Health Policy and Services. In recognition of his services, the Government of Pakistan awarded him Sitara-e-Imtiaz and Hilal-e-Imtiaz.

Tabeeb-e-Ishq: Prof Mubbashar strived for excellence and achieved the best. His biggest achievement, however, was transferring of ishq (divine love). He was full of ishq and it transmitted naturally to anyone akin to it. His hub-e-Ali and ishq-e-Hussain helped him achieve what most of his predecessor lacked: an ability to connect a person to its roots and source. His ishq started at an age when many don’t understand its meaning. Throughout his childhood he would be at odds with his family on Ashura for insisting on distributing his own nayaz among devotees. He would collect his pocket money for weeks and then distribute nayaz with it. As he grew up so did his ishq. His followers in many countries turned to him for guidance and he led them in light of his ishq. A small place in his house Zaviya served as a meeting place for his followers who came to his house to get their share of ishq.

He built institutions and then instilled a soul to them. All great teachers transfer knowledge but Prof. Mubbashar transferred the source of it: ishq. He would often tell a story about Sultan Bahu with so minute details that listeners would go back in time and see the whole thing playing before their eyes. His ishq made him humble, straightforward and loving. He would come out of his comfy room at 2:00am to see off a guest in the ice-cold weather.

His love for Qawali was well known. Every once in a while he organized Mehfil-e-Qawali at his residence.

He had a unique relationship with legendary Ustad Nusrat Fateh Ali Khan. It was Prof Mubbashar who helped the great Khan to practice reciting Sufi Persian poetry with proper pronunciation before he actually recorded some Persian kalam back in 1990s. He mentioned in his autobiography Meem Bashar how Nusrat Fateh Ali Khan came to his house on birth of his second son and mehfil-e-Qawali continued all night long.

Prof Mubbashar would often say I have 52 sons. Biologically speaking, he had two sons and five daughters but he believed a daughter is equal to 10 sons. Mubbashar Dynasty of Psychiatry will flourish in psychiatry but his Dynasty of Ishq will grow without limits.

The writer is a freelance journalist currently based in USA. He has worked for several leading dailies in Pakistan. He can be reached at aliusman88@gmail.com