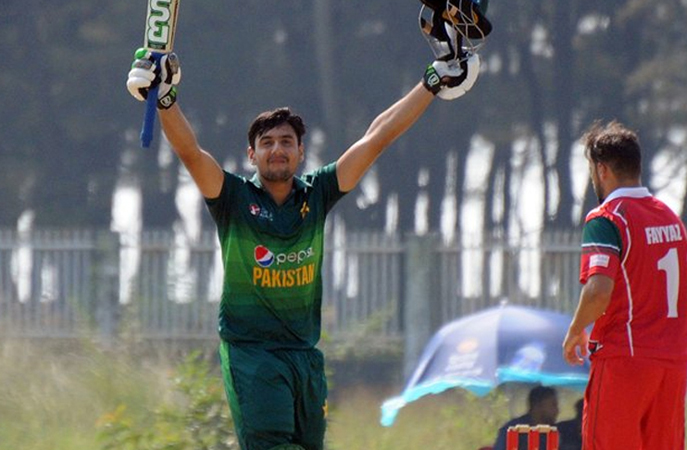 LAHORE: There were no surprises when Misbahul Haq, the head coach and chief selector of the Pakistan men’s national cricket team, shortlisted Haider Ali for the three Twenty20 Internationals (T2oIs) against England, which begin later this week at Old Trafford, Manchester. The 19-year-old batsman made headlines over the course of the 2019-20 season on the back of his dazzling stroke play and impressive knocks across formats, including the ICC U19 Cricket World Cup 2020 “This is a dream come true for me,” said Haider about joining the senior team in a conversation with pcb.com.pk. “Every young cricketer wishes to be here. This is my first tour and though I have shared dressing room with established cricketers in the HBL PSL 2020, being in the Pakistan dressing room is altogether a difference experience.”

Haider comes into the side after a prolific 2019-20 season in which he made 645 first-class runs at 49.62 and amassed 239 runs at a staggering strike rate of 158.27 in the HBL Pakistan Super League 2020 to finish as the joint second-highest run-getter for his team (Peshawar Zalmi) along with veteran Shoaib Malik. His 14 sixes were the most by any Zalmi batsman in the fifth edition of the league, which was played in Pakistan. Haider seems to have a natural ability to drive the ball. According to CricViz, it was his most-productive shot in the HBL PSL 2020 as it brought him 54 runs against pacers and 17 against spinners, without being dismissed once while playing it. “I did not get to bat much in matches during my club cricket days. I used to spend a lot of time in nets and focused on cover drives as it is my favourite shot,” he said. “That practice helped me improve this shot.”

Haider featured in the ICC U19 Cricket World Cup under another promising youngster Rohail Nazir earlier this year in which he earned praises from the game’s greats for his scintillating strokes. He scored a fighting half-century in a semi-final against India. In 19 U19s 50-over matches, Haider has scored 655 runs, which included a century and six half-centuries at an average just below 39. He graduated to Pakistan U19 in May 2019 and made his debut memorable with a 65-ball 51 against Sri Lanka in Sri Lanka. Over the course of the past one year, Haider has established himself as one of the future stars.

On his first-class debut in September 2019, Haider, opening the batting, scored a defiant 99 for Northern against Khyber Pakhtunkhwa in Abbottabad. The significance of his score is underscored by the fact that the next best score (33) in his team’s innings was registered by captain Imad Wasim. The right-handed top-order batsman scored his maiden first-class hundred against Balochistan in Rawalpindi in the fourth round and capped his first Quaid-e-Azam Trophy with a fighting second innings 203-ball 134 against a star-studded Central Punjab at Karachi’s National Stadium.

“I had no prior experience of four-day cricket but I got a lot of motivation from the coaches and senior players in the side,” he said. “I was disappointed at not scoring a century, but it is there that I decided that whenever an opportunity presents itself next time, I am going to make the most of it. I scored a century three, four innings later and then in the final, which covered it to some extent. But, not being able to score a century in my debut match was a disappointment. “The experience of playing in Quaid-e-Azam Trophy helped me learn the importance of temperament in cricket as you can only score runs in the longer version of cricket if you show temperament in your batting.” Haider is now eager to prove himself at the apex level, whenever the opportunity presents itself.