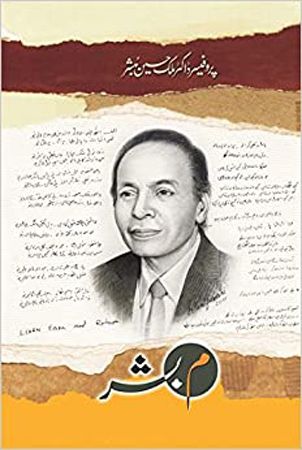 Some people come into our lives and leave footprints on our hearts and minds. You don’t come across many of them and when you do, they leave a lasting impression. Prof Dr Malik Hussain Mubbashar was one of such very few people I have come across in my life.

I first met him in year 2015 when he joined Pakistan Red Crescent Society to head its National Ambulance Service College in Islamabad. During the last six years, there has not been a single time when I didn’t enjoy speaking to him, listening to his insightful and real-life observations and creative ideas, and feeling upbeat by his inspirational remarks filled with message of hope and optimism.

Sorrow has filled my heart as Prof Dr Malik Hussain Mubbashar silently closed the door of life and departed for the final abode on Aug 10. Just days before his death, he called me and expressed his desire to complete his ‘mission’ of setting up a ‘National Disaster Management University’ for the Pakistan Red Crescent Society as well as reviving the National Ambulance Service College. However, the destiny had something else for him in store.

Born in 1945, Prof Dr Malik Hussain Mubbashar did his MBBS from King Edward Medical College in 1968 and MRCP and FRCP from UK. He was Fellow National Academy of Medical Sciences, New York Academy of Sciences, American Psychiatric Association and Royal Society of Medicine.

He received Companion of Honour, Council of University of Manchester, Queen’s Anniversary Prizes (UK), in 1999. The Government of Pakistan awarded him with Sitara-i-Imtiaz in recognition of his outstanding research work and achievement in the field of medicine in 1986, and later with Hilal-e-Imtiaz in 2002. In recognition of his meritorious services in the field of mental health, he was conferred as Honorary Lieutenant Colonel in Armed Forces of Pakistan in 1987.

A highly acclaimed psychiatrist, academician, research scholar and medical educationist with over 40-year experience of teaching and practicing psychiatry, Prof Dr Malik Hussain Mubbashar was a multifaceted personality and a source of inspiration for many in and outside Pakistan. Being a professional par excellence, he was frequently termed a ‘giant’ in the arena of international psychiatry. It was he who made mental health recognized in Pakistan and it was through his efforts that psychiatry departments were established at many of the government-run hospitals in Pakistan. Today, more than 80 per cent of psychiatrists in Pakistan are his students.

PRCS Chairman Abrar ul Haq had a special place for Prof Dr Malik Hussain Mubbashar in his heart. He had recently included him in the Advisory Board of the PRCS to benefit from his professional excellence, commitment and dedication towards humanitarian cause.

Besides being a world-acclaimed psychiatrist, Prof Dr Malik Hussain Mubbashar was also a spiritual soul and an extraordinary human being, a very caring father and a humane professional. He wrote his autobiography titled ‘Meem Bashar’, which tells the story of integrity and honesty of a person even in the toughest times of his life. The book is about confronting his demons and his struggle to rediscover himself after a career as a professional psychiatrist and educationist.

He would often describe how much painful for him was to see the poor patients being forced to buy costly medicines and undergoing expensive laboratory tests prescribed by doctors, terming the situation ’empatho anaemia’ or ‘ethico anaemia’. According to him returning to age-old cultural values and traditions of East could revitalize society though it would result in closure of most of the clinics of medical practitioners.

It was very easy for him to live a comfortable life in England after completing his education yet he decided to come back and dedicate his life to serve his own community and train a whole generation of psychiatrists. With his departure, we have lost a symbol of courage and continuous struggle, who would teach others how to behave even in the most adverse circumstances. He was a lighthouse who always imparted the lesson of honesty to others. By his death, all the people who know him will miss a highly intelligent and vibrant individual with a rare friendliness and charm of personality. Human beings like him are born only once in centuries. May his soul rest in eternal peace.