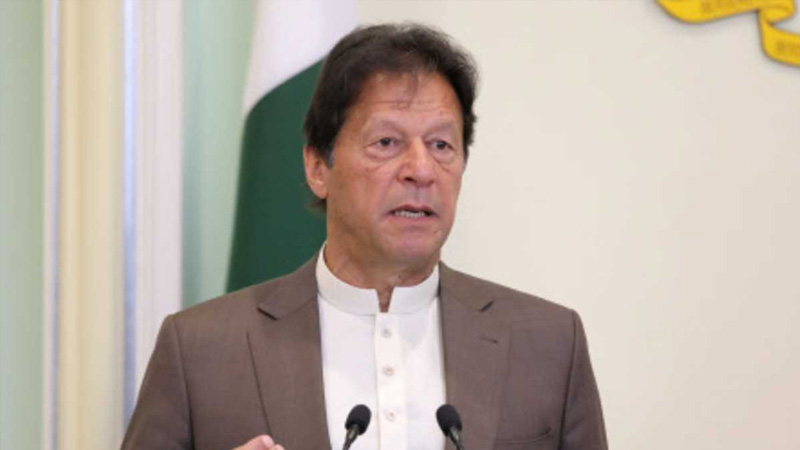 Prime Minister Imran Khan has been named ‘Man of the Year 2020’ by The Muslim 500, a Jordanian annual publication which ranks the most influential ones among Muslims across the globe.

Published by The Royal Islamic Strategic Studies Centre of Jordan, the 11th issue of The Muslim 500: The World’s 500 Most Influential Muslims 2020,” honoured the prime minister mainly for his quest for lasting peace with India since he assumed power in 2018.

“I also was touched when Khan launched a successful fund raising campaign to establish a hospital devoted to both the care of victims of cancer as well as research…But what is particularly to his credit is that upon taking office in August 2018 Khan made it quite clear that one of his top priorities was to work for a lasting peace with India,” said Professor Emeritus and Chief Editor of The Muslim 500 S Abdallah Schleifer in his statement. The publication has also honoured American Congresswoman Rashida Tlaib as its Woman of the Year.

The prime minister wanted to normalize relations with India through trade, and settling the Kashmir dispute, “the foremost impediment” to the normalization of bilateral relations.

The publication highlighted the efforts made by the prime minister to normalize ties with India and avoid any confrontation, contrary to Indian aggressive posturing, undermining Pakistan’s repeated calls for peaceful settlement of bilateral dispute including Kashmir.

“Of course, there is a certain and perhaps necessary apparent naivete to Imran’s Khan’s efforts for a lasting peace as demonstrated in India’s openly aggressive behaviour in August 2019, imposing a military curfew in the Indian-occupied portion of Kashmir, and the arrest of thousands of Kashmiris in Occupied Kashmir,” the publication said.

Professor Abdallah Schleifer said India’s present Prime Minister and his own ruling party were shaped by the Hindu Supremacist movement-Rashtriya, Sawayamseval Sangh (the RSS)-Modi and several of his ministers remain members of this movement which can be described as a form of Hindu religious fascism.