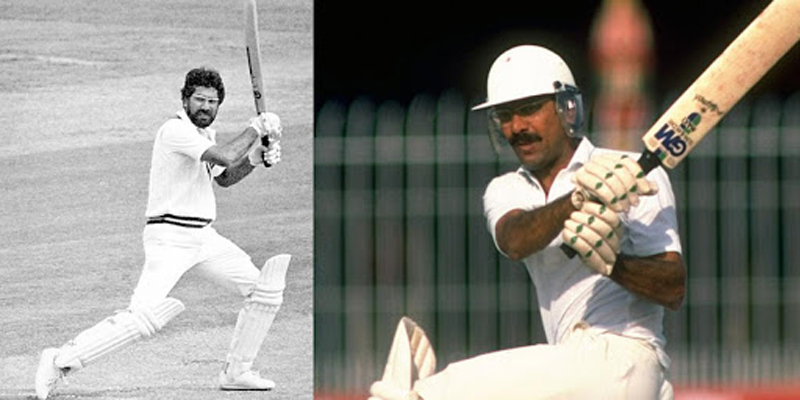 LAHORE: Pakistan cricket legend and former captain Zaheer Abbas has been inducted into the International Cricket Council (ICC) Hall of Fame. Before Zaheer, Hanif Mohammad, Imran Khan, Javed Miandad, Wasim Akram and Waqar Younis were inducted into the ICC Hall of Fame. Zaheer played Test cricket from 1969 to 1985, and was renowned worldwide for being an elegant strokeplayer with a massive appetite for runs. He scored 5062 Test-match runs at 44.79, and remains the only subcontinental batsman to have scored more than 100 first-class centuries, a feat that earned him the nickname ‘The Asian Bradman’.

In a statement on Sunday, Zaheer said: “I feel privileged and truly humbled to be inducted into the ICC Cricket Hall of Fame of the class of 2020. I am excited to be in the midst of other illustrious cricketers. I would like to say a special thanks to my family, my country Pakistan, my county Gloucestershire and many fans worldwide who helped me achieve and fulfil my dreams by playing this great game at the highest level. Thank you, ICC, and the members of the jury, for this special honour. It is a final recognition for any cricketer. This great game has made me the person I am. Thank you cricket.”

Along with Zaheer, the other two inductees are former South African star all-rounder Jacques Kallis and Australia’s World Cup-winning former all-rounder Lisa Sthalekar. Kallis is widely regarded as one of cricket’s great allrounders. In addition to being the third-most-prolific Test batsman of all time, with 13,289 runs at an average of 55.37, he also took 292 wickets at 32.65 with his fast-medium swing bowling. He is the fourth South African inducted into Hall of Fame, after Graeme Pollock, Barry Richards and Allan Donald.

India-born Sthalekar is the fifth Australian woman cricketer in the Hall of Fame after Belinda Clark, Betty Wilson, Karen Rolton and Cathryn Fitzpatrick. Sthalekar, who batted in the middle order and bowled offspin, ended her career in 2013 as one of the premier allrounders in women’s cricket. With 2728 runs at 30.65 and 146 wickets at 24.97, she remains one of only five players to have completed the women’s ODI double of 2000 runs and 100 wickets, with Ellyse Perry the only other Australian in that group. Sthalekar has been part of four World-Cup-winning Australia teams, winning the ODI title in 2005 and 2013 and the T20 title in 2010 and 2012.

Some career highlights of Zaheer Abbas: The only player from Asia to have scored at least a 100 first-class hundreds

Captained Pakistan in 14 Test Matches, and only lost one of them

Later served as an ICC Match Referee and as ICC President.