Ticking population bomb must be defused

Pakistan’s galloping population must be a cause of serious concern for decision makers with the nation emerging as one with the highest population growth in South Asia. Successive governments in the past 30years have mounted efforts to arrest the run-away population growth so one hears quite often the slogan “small family, prosperous household.” However, this comes with little impact to tackle the issue which has undermined their endeavours to achieve socio-economic progress of the country. So, their drive to defuse the ticking bomb of population unfortunately has not produced the desired objectives. The result is a population that has already crossed an estimated figure of over 207 million as per 2017 national census.

The population has increased manifold, particularly in our rural areas. Why endeavours of governments failed to curb an ever increasing population has multiple factors, ranging from lack of a holistic approach to regular follow-up, and at times the complete side-lining of so called campaigns run by the population welfare departments across the country owing to preferences of top leadership. This was despite the fact that a population growth rate of 1.4 percent was deemed a threat to the economic prosperity of the country as early as Pakistan’s first five-year plan. Pakistan Tehreek-e-Insaf, which swept to power on the catchword of “change” in its election manifesto committed itself to tackle this issue of national importance; “We will ensure the adequate availability of contraception to all married women of reproductive age (MWRA) through the population welfare and health care network of Basic Health Units, Lady Health Workers and Community Midwives.” Given the party vision, Punjab Chief Minister Usman Buzhar might have already taken some measures to realize the goals of stemming the growth rate, but if you look at the dilapidated conditions of the dispensary in the PM’s home constituency in Dhurnaka district Mianwali, one is frustrated to see the disdain of the provincial government. The collapsed boundary wall with no electricity in the Government Boys Primary School, Dhhok Haji Attar Khan, in the same area too speaks of the neglect of the authorities concerned in the district. These small government facilities can be an important link to disseminate the message of family welfare, especially through female teachers or mid wives once posted at the health units throughout the province.

Yet, the most resistance to population welfare comes from the conservative section of society which perhaps can be addressed by enlisting support of the religious scholars

Spotlighting the achievements during their last two years of PTI, one would have appreciated a renewed emphasis to implement this important part of its manifesto which says: “We will build on the existing consensus from religious leaders of all major schools of jurisprudence on using temporary birth spacing methods and publicly use their endorsement at the community and household level.” The task force which was set up in November 2018 in a meeting chaired by the prime minister, Imran Khan, and attended by four chief ministers had decided to reduce the population growth rate from the current 2.4 per annuum to 1.5 per cent. The ministry of health had chalked out an action plan under the caption “Pakistan population vision 2018-30” which is said to aim at reducing the growth to 2.1 per cent and taking the contraceptive prevalence from 35 to 70 per cent while making efforts to reduce child mortality rate as well. The provincial govts have reportedly earmarked over Rs 7 billion for population welfare. But all these ostensibly attractive and impressive initiatives need implementation to avoid the fate of many such endeavours by governments in the past. The experts in the field point out that population welfare is closely linked with food security, achievement of the country’s economic goals and tackling the serious issue of under-nourished children. For instance, at present Pakistan has an acute global child malnutrition rate of over 17 per cent. Yet, the most resistance to population welfare comes from the conservative section of society which perhaps can be addressed by enlisting support of the religious scholars. In rural Pakistan, the pulpit of the masjid (mosque) can become an effective platform to spread the message of birth spacing. But equally important for the state is to ensure that those leading prayers across the country should be qualified enough to perform this task of veering people away from having more children. 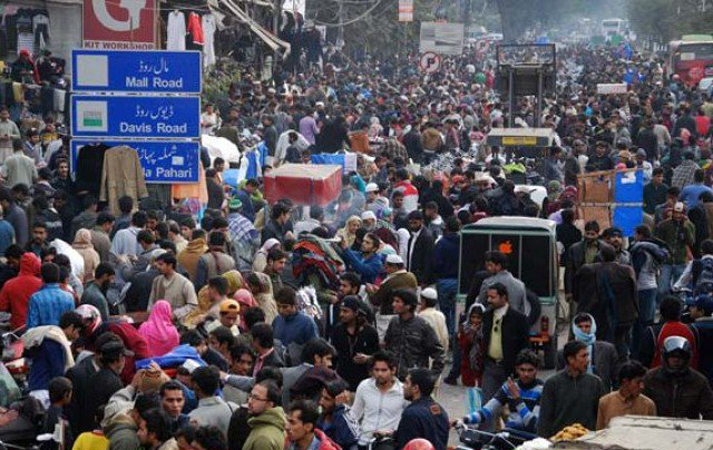 This is an issue of national importance and should be taken head-on with political consensus and determination. Pakistan, which has strategic and very close multi-dimensional relations with China, should learn from Beijing which successfully ran its One-Child policy and abandoned it in 2015 after achieving the desired results. The services being provided at the Family Health Clinics of the Punjab government look impressive. But the question is how many people access these facilities? How strong are the efforts being mounted to persuade couples to visit these centres? Is there any system of preparing data and conducting an analysis every year to know if the set targets have been achieved ? Unfortunately, if one looks at the figures a dismal picture emerges which must ring alarm bells for those responsible for tackling the issue because given the situation, achieving economic stability will remain a pipe dream. It is also necessary to ensure that Pakistan’s future generations are not malnourished as already children are facing stunted growth. Last year’s UN report projected that Pakistan’s population will reach 403 million by 2050 which ought to come as disturbing news for economic planners in a country already grappling with energy and potable water issues in its ever growing cities. Pakistan’s population doubled in size from 1990-2019 which means whatever steps were taken to curb the growth rate did not produce the desired results. This indicated something is seriously wrong that despite phenomenal growth in the means of information, the message of population welfare did not either reach the target or was simply ignored by the majority of the population. The PTI government must implement what it promised in its manifesto to check the burgeoning population growth rate, necessary for the economic development of the country.