The beautiful literature of subcontinent

* Here’s a selection of five books rich in subcontinental literature 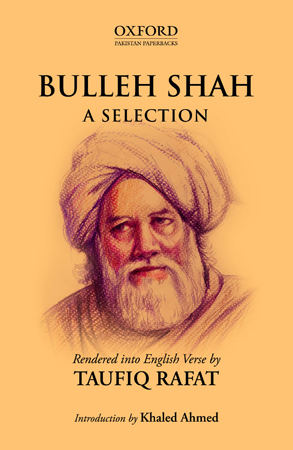 BULLEH SHAH: A SELECTION RENDERED INTO ENGLISH VERSE BY TAUFIQ RAFAT — this book is a collection of poems in the kafi style by the great Sufi poet of Punjab, Bulleh Shah, translated into English by Taufiq Rafat, one of Pakistan’s premier English language poets. Bulleh Shah belonged to the oral tradition and his poems are primarily in Punjabi as well as in Siraiki. Following the tradition of Sufi poetry, the poems in this collection refer to love of or for God, or the Mentor, or the desire for absorption in nature, described through symbolic references to local customs pertaining to weddings, funerals, journeys, and harvests. 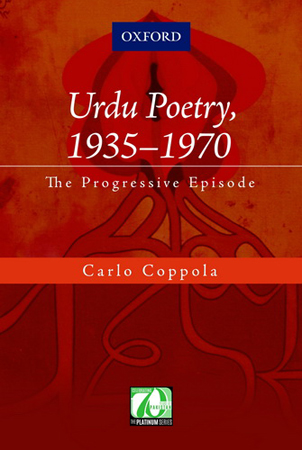 URDU POETRY, 1935-1970: THE PROGRESSIVE EPISODE BY CARLO COPPOLA — this book attempts to determine the nature and meaning of the term ‘progressivism’ and assess its significance in the larger context of Urdu literature and, ultimately, South Asian literature. It investigates the emergence of the Progressive Movement in the subcontinent along with the indigenous and foreign influences: literary, historical, intellectual, and philosophical which set the stage for the Progressive Movement. Contrary to the belief held by some critics that the progressive movement was mostly if not entirely, derived from English and Russian sources and influences, this study indicates that strong indigenous elements contributed equally, if not more, to the movement. 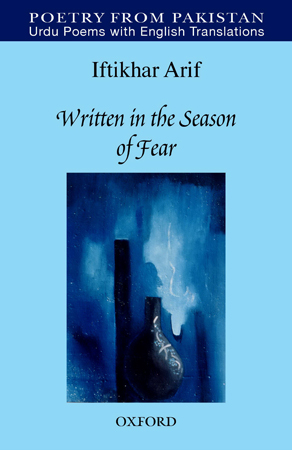 WRITTEN IN THE SEASON OF FEAR BY IFTIKHAR ARIF — this is a selection of Urdu poems of the renowned Pakistani poet Iftikhar Arif, presented with translations in English. The poems are compelling and have a contemporary style. He is known particularly for his references to the martyrdom of Imam Hussain (RA)-the grandson of Prophet Muhammad (Peace Be Upon Him)-and his companions in the tragedy of Karbala. In this way, he expresses his condemnation and rejection of tyrants and oppressors of all times, past and present. 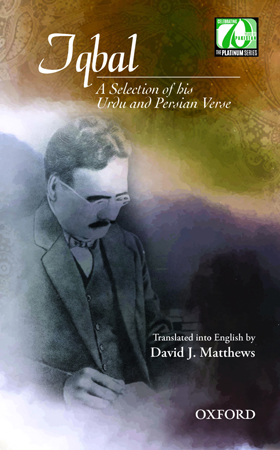 IQBAL: A SELECTION OF HIS URDU & PERSIAN VERSE TRANSLATED INTO ENGLISH BY DAVID J MATTHEWS — this book provides a new English translation of a selection of Muhammad Iqbal’s Urdu and Persian poetry in a form that remains faithful to that of the original. The translations present pleasing renditions of Iqbal in an understandable contemporary idiom coupled with a conservative but well-wrought form. The purpose of this book is to give readers well-versed in English some idea of the grandeur and indeed, the beauty of Iqbal’s poetry. It is a commendable addition to Iqbal studies, in that it presents a refreshingly enjoyable English translation of some of Iqbal’s best poetic writings. 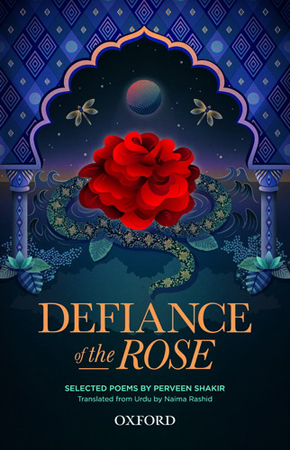 DEFIANCE OF THE ROSE: SELECTED POEMS BY PERVEEN SHAKIR TRANSLATED FROM URDU BY NAIMA RASHID — without a doubt, Perveen Shakir is one of the best-loved poets of the Urdu-speaking world. This long-awaited translation makes her work accessible to a more diverse audience. Rendered into English with the steady hand of a poet, these translations capture the resonance and flow of the originals. Both for the reader who knows Perveen Shakir as well as the one who does not, the poems in this volume offer a glimpse into the full breadth of her work. Between the chilling piece that opens the collection, and the troubling finale, many poems here will surprise even those who are already familiar with her work in Urdu.