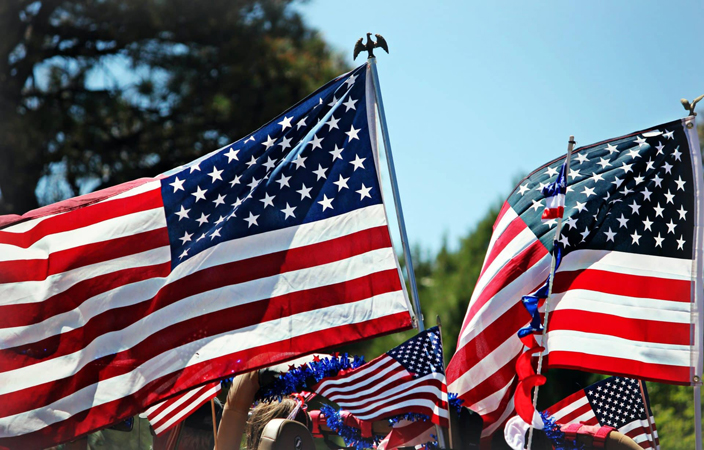 America being the most dominant state with her control over all the world resources and trade has always been a “rogue superpower” – a term coiled by Noam Chomsky – who has brought only devastations and atrocities through out the world. There is hardly a place,or a corner left in this world which has not experienced the annihilationby the hands of American government or establishment. Twentieth century witnessed the invasions by morally corrupt and wicked American establishment in its lust to occupy different countries containing oil resources and to hegemonize the sea-trade in order to threaten other states to fulfill its personal interests.

Terrorism, poverty, illiteracy, social insecurity, and all the refugee problems in various parts of the world are the result of American invasion in Nicaragua, Haiti, Iraq, Libya, Lebanese, Cuba, Afghanistan and many other Middle East countries. The US establishment bombed these countries to ground brutally killing millions of people in order to “promote democracy abroad”. But history somehow made its way to expose the brutality of US establishment in disguise. Here is the brief account of US “promoting democracy abroad”.

US administration provided Saddam, an Iraqi dictator, with aid to develop weapons and missiles so that he may crush the Shiite rebellion. Then within no time Saddam became a tyrant who was developing “weapons of mass destruction” traces of which were never found in Iraq. Iraq’s attempts to free itself and its resources was actually a threat to US hegemony in the Middle East. So, the US simply invaded Iraq claiming, “anticipatory self-defense” or “preemptive war”, hanged Saddam, and this made Washington a strategic power in the region.

US marines invaded Haiti, a country in the Caribbean, and killed thousands of people there in order to restore political stability. The actual purpose of that invasion was to capture the Caribbean Sea so that US may impose embargo to blackmail other countries for always being loyal to US interests. “Loyalty” in US state dictionary is considered another term for “being dominated” or for “being suppressed”. Such pulverization was also seen in Nicaragua, a country in central America. US militia trained the Nicaraguan national Guard force who crushed and killed Nicaraguan people like enemies and that too in the name of democracy.

US marines invaded Haiti, a country in the Caribbean, and killed thousands of people there in order to restore political stability. The actual purpose of that invasion was to capture the Caribbean Sea so that US may impose embargo to blackmail other countries for always being loyal to US interests

US administration has always been successful in creating different pretexts or false rhetorical frameworks to invade other countries in order to spread terror. First, they used the pretext of cold war or defense against communism for many years and when the cold war ended, they created the pretext of “promoting democracy”. Al Qaida, ISIS, Hezbollah, Jaish al-Islam and other terrorist groups across the world were actually the products of American produced terror and violence in Arab countries in the name of democracy. This terror hit back America in 9/11.

Holding the flag of democracy, US administration spared itself form the most elementary principles of humanity. That includes democracy too. Not itself following the principle of universality, US exempted its biggest client states like UK and Israel from international law. So, Washington would not say a word on Israeli invasion in Palestine. US backed Israel attacked Palestine, bombed hospitals, and killed children and women against the rules of Geneva convention. And after that, 40 percent of Palestinians had no house to live in. Israel can break peace treaties and can create atrocities in Palestine by just being faithful to the interests of the Big-Boss, the big-diplomatic giant America.

There is no one to blame for all the atrocities and annihilation across the world except the exploitative American system which is an evil in itself. A brutal inhumane capitalist system that would go to any extent to promote free market and to support the corporate world usurping the rights of majority of the world population. Until unless this evil exploitative system exists, the world will keep on witnessing such atrocities and annihilation for God knows how long.

Ending this piece on an optimistic note, there have been nations like Iran and Cuba who struggled to revolutionize their societies and they have been successful in their efforts. They introduced a system based on humanistic values and stood against American oppression despite all the sanctions. The other world just needs to follow their path against oppression and barbarism.

I am Talha Mahmood Rajput pursuing my career as an English literature major. I write about the pain and sufferings