The sudden death of Nadia Ashraf shocked the entire academic circle of the country. She was a promising student of the Dr Panjuani Centre for Molecular Medicine and Research, Karachi University, committed suicide after being harassed by her PhD supervisor, Dr Iqbal Chaudry. Before committing suicide, Nadia told her close circle, “Dr Iqbal will not allow me to have a PhD, and I don’t know what he wants from me?” 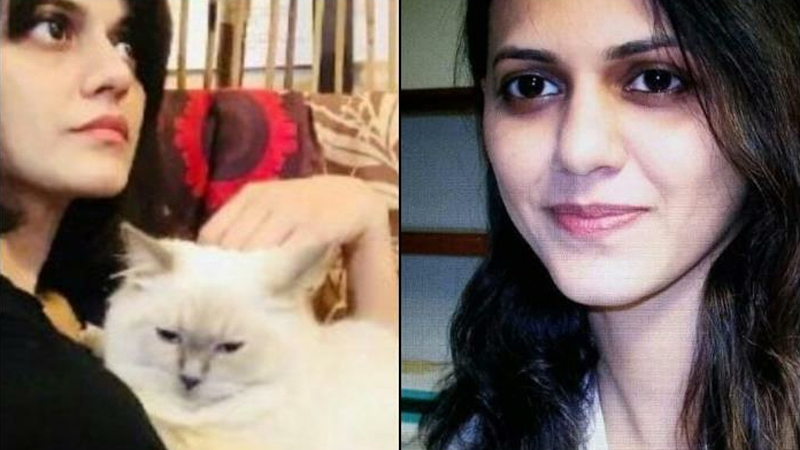 Correspondingly, her close circle says that Dr Iqbal had charged his favourite incompetent faculty member, Dr Atiya Al-Wahab, on Nadia to further atrocities, which led Nadia to an extreme level of anxiety and depression.

Nadia had also debunked that when she had secured a job in another research organisation, Iqbal approached to terminate her job.

Ultimately, the helpless scholar rejoined Panjuani Center, submitted her PhD dissertation with proper time extension but Iqbal disagreed and agitated her to take another six-month extension.

The spokesman of the International Centre for Chemical and Biological Sciences (ICCBS), Karachi University, claims are quite contrary to Nadia’s that these allegations are “baseless and unwarranted.”

Nadia held the Directorship position of ICCBS, Karachi University for a prolonged period of 17 years. Nadia had already availed an opportunity to train in France with other students. Later on, she was coming to the centre occasionally because she had started a job in a private sector university due to her poor financial condition of the family.

Additionally, she was severally depressed about her health and mother. Further, it was said that Nadia committed suicide due to her issues, over which the institution had no control.

The country’s higher education authorities should take serious notice of this tragic incident that what were the reasons of Nadia’s death, despite being an intellectual researcher, has not been able to complete her PhD degree in last 15 years.

Moreover, this tragic incident raises several logical questions that why an intellectual and promising student who was performing her research on a disease like cancer, would commit suicide? Is that not a failure of supervisor that she hasn’t even finished her PhD dissertation for the last 15 years? If Nadia had kept on telling her supervisor about her issues, then why did a PhD researcher commit suicide leaving her mother alone? Finally, did Dr Iqbal fulfil the HEC policies in case of Nadia’s PhD research or not? The officials should probe this entire issue.

Bluntly speaking, the practice of female harassment is rapidly increasing in several higher education institutions of the country. These female students have always been vulnerable to sexual harassment and diverse atrocities by some of the departmental authorities. Ironically, these authorities have blind political support from state politicians and holding supreme control over the entire departmental staff. Recently, female scholars have worst experiences of harassment at leading public sector institutions including Punjab University, Peshawar University, Gomal University D.I Khan and now Karachi university. The scandals of previous sexual harassment are still procurable on record.

Nevertheless, teachers-students marriages are becoming common in the higher education sector of Pakistan. According to a survey, several higher education students are highly against of teacher-student relationship. They argue that teachers should not have relationships with their students as they are controlling decisive departmental authorities, adding in such situations one cannot rule of favouritism which affects the performance of the other students. However, these sort of relationships is a clear instance of students exploitation and trapping tactics.

Therefore, an effective legal framework and its implementation should be embedded in the HEC policies related to female harassment at public and private sector universities. The sexual harassment is a non-consensual act, carried out either physically or mentally, which makes the victim distressed. Correspondingly, some laws under the Pakistan Panel Code (PPC)- 1860, the Prevention of Electronic Crimes Act- 2016, and Protection Against Harassment of Women at Workplace Act- 2010 provide for the accused to be held liable and sentenced with either imprisonment, a heavy fine or even death sentence. Such laws are highly valuable and valid for both men and women as they allow victims to seek justice against the act of their offenders.