The 18th amendment, which has been introduced into the constitution of 1973, is a landmark achievement in the up-and-down constitutional history of Pakistan. 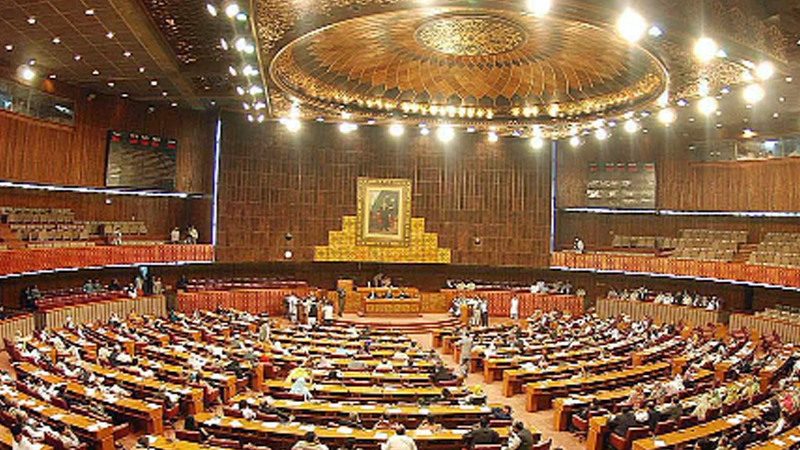 With the emergence of the amendment, all powers globally considered to be exercised by federating units, under the federal republic, have been devolved to the provincial governments.

It’s also worth mentioning that the amendment has provided provincial governments with absolute autonomy over legislative and financial matters.

The historical amendment can also play a productive role to advance the sense of oneness among the multi-cultural and multi-ethnic nations like we have in Pakistan.

The incumbent government has made a couple of overwhelming attempts to roll back the historical amendment but to no avail. The government rigidly and exclusively holds liable the amendment for constitutionally-authorising and transferring the lion share of the revenue from Federal Divisible Pool to provinces, which resultantly leaves the federal government with a little amount of revenue insufficient to meet the annual spending particularly required for defence purposes and debt servicing. But the heated argument cited by the government has no leg to take stand as the fiscal problem lies with the federal government which is to be fixed by taking a few remedial measures.

The incumbent government shall broaden the tax base to generate and collect more revenue. The existing mechanism for tax collection is very much biased on account of tax rate imposed on the corporate sector, which has 63 per cent contribution to the GDP much higher as compared to the agriculture sector that contributes merely 1.2 per cent.

An amendment shall be introduced into the tax-related laws to legally authorise and maximise new tax rate with a moderate ratio on the agriculture sector, sales taxes, excise duty, income tax and customs duties.

Similarly, a new policy is to be chalked out to regularise the rampant smuggling of petrol and non-custom paid vehicles through Iran and Afghanistan border into Pakistan.

Every year, million and billion rupees’ business has been carrying out via both borders with no visible mechanism for the imposition and collection of tax. If taken, these steps will adequately assist the federal government to properly meet the existing crises of fiscal deficit.

Similarly, a new policy is to be chalked out to regularise the rampant smuggling of petrol and non-custom paid vehicles through Iran and Afghanistan border into Pakistan

A dozen federal ministries, like environment, health, labour and manpower, education and food were constitutionally devolved to the provinces under the 18th Amendment. Still, they have been retained by the federal government by changing their names just to skirt the legal necessity. Ministry of the environment has been renamed as Climate Change, Health as National Health Services, Labour and Manpower as Overseas Pakistanis and Resources Development, Education as Federal Education and Professional Training, Food as Agriculture and National Food Security.

The practice of retaining the devolved ministries is not only on a collision course with a couple of provisions of the Constitution of 1973 but also happens to be a problem of fiscal shortage at the federal level.

The government can smoothly accelerate its savings by practically devolving the ministries to provinces.

The incumbent government shall also take productive and preventive measures to rein the expenditures, which are being unnecessarily made out by ministers or civil servants. The official trips, either abroad or at home, which are unnecessarily and aimlessly being arranged by ministers and bureaucrats for the ulterior purpose of making TA and DA must be stopped. Similarly, facilities, like conveyance etc., rendered to civil servants for official purposes while being used for personal matters must be stopped. Those ministers and bureaucrats who misuse their power must be held liable for the action which is not authorised by law concerned.

Strict implementation of tax-related laws is also a crucial need of the time. Government functionaries that are statutorily liable for tax collection shall be empowered and facilitated to make sure across-the-broad implementation of the tax laws. The Inland Revenue Service (IRS) that is mandated for collection of sale, income and excise tax is a paper tiger as it frequently complains of being powerless under Income Tax Ordinance, 2001. IRS and other provincial authorities mandated for tax collection are required to be fully empowered to collect more revenue.

The accountability court, like National Accountability Court, can also assist the government to coup with the financial crises if the universally recognised concept of across the broad accountability is implemented in its true spirit. The ongoing reign of selected and political implementation of NAB against political opponents must be discouraged. The court shall be set free from any political influence to strictly and straightly hold liable tax evaders and embezzlers of public money; irrespective of their political affiliation with any political party.

The writer is an advocate stationed in Islamabad. He tweets @ziaullahkh7199