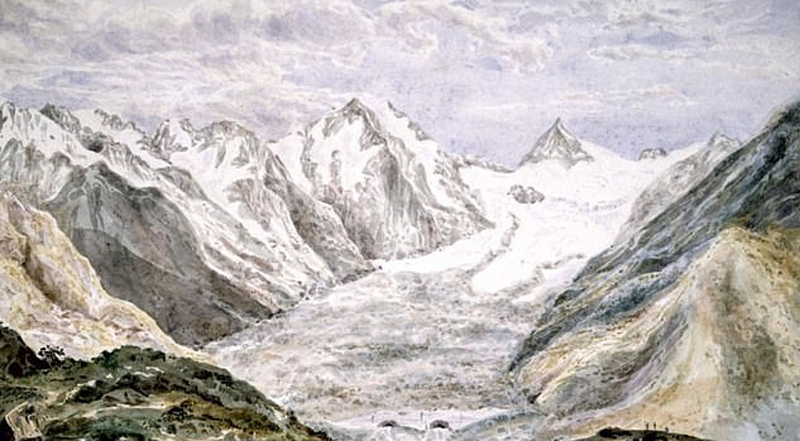 The Southern Alps in New Zealand are the latest icy region to be devastated by global warming. A study finds the mountains have lost up to 62 percent of their glaciers since the end of the Little Ice Age, around 400 years ago.

This, according to the study, equates to a maximum ice loss of 73 square km, an area half the size of Liechtenstein.

By contrast, Patagonia, which is home to the largest body of ice in the southern hemisphere outside of Antarctica, has seen just 11 percent of its Little Ice Age volume vanish.

New Zealand’s Southern Alps are best known for being the set of many scenes from The Lord of the Rings and the Hobbit movies.

The Southern Alps is the highest mountain range in Australasia, with Mount Cook’s summit standing at 12,218ft above sea level.

The study analysed volume changes in the Southern Alps for three time periods: 1600 to 1978, 1978 to 2009 and 2009 to 2019. Data was gathered using computer simulations, physical markings and historical records.

Comparison between the decades reveals ice loss has increased two-fold since the Little Ice Age, with a rapid increase in the last 40 years.

Up to 17 percent of the ice that was on the mountains at the time of the Little Ice Age was lost between 1978 and 2019 alone.

In 2019, only 12 per cent of ice mass remained in what was formerly the low altitude part of the Little Ice Age glacier region. Lead author Dr Jonathan Carrivick, of the University of Leeds, said: ‘These findings quantify a trend in New Zealand’s ice loss. 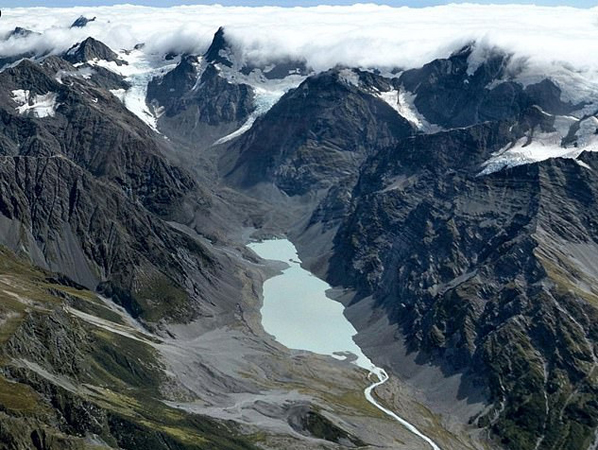 ‘The acceleration in the rate of ice mass loss may only get worse as not only climate but also other local effects become more pronounced, such as more debris accumulating on glaciers surfaces and lakes at the bottom of glaciers swell, exacerbating melt.’ The Southern Alps were chosen by Sir Peter Jackson as the location for his Oscar winning Lord of the Rings and Hobbit trilogies because of its spectacular glaciers.

Dr Carrivick said: ‘Our results suggest the Southern Alps has probably already passed the time of ‘peak water’ or the tipping point of glacier melt supply.

‘Looking forwards, planning must be made for mitigating the decreased run-off to glacier-fed rivers because that affects local water availability, landscape stability and aquatic ecosystems.’ Climate change has had a significant impact on ice loss around the world. Local communities depend on them as sources of fresh water, hydropower and irrigation.

What is more, mountain glacier and ice cap melt presently accounts for a quarter of global sea-level rise.

The considerable changes have implications for it – along with regional climate glacier systems and local landscape evolution. Co-author Dr Andrew Lorrey, of the National Institute of Water and Atmospheric Research, Auckland, said: ‘The long-term ice volume decline, rising snowlines, and rapid disintegration of glaciers across the Southern Alps we have observed is alarming.

‘Photographic evidence that has been regularly collected since the late 1970s show the situation has dramatically worsened since 2010.

‘They agree with palaeoclimate reconstructions, early historic evidence and instrumental records that show our ice is shrinking from a warming climate.’

Earlier this week it was reported that the largest ice shelf in Canada has collapsed. The Milne Ice Shelf is at the fringe of Ellesmere Island, in the sparsely populated northern Canadian territory of Nunavut.

An ice island broke off into the Arctic Ocean which is 79 square kilometres in size, bigger than Manhattan.

‘We saw them going, like someone with terminal cancer. It was only a matter of time,’ said Mark Serreze, director of the National Snow and Ice Data Centre in Boulder, Colorado.

Serreze and other NSIDC scientists had published a 2017 study predicting the ice caps were likely to disappear within five years. The ice caps were believed to have formed several centuries ago.