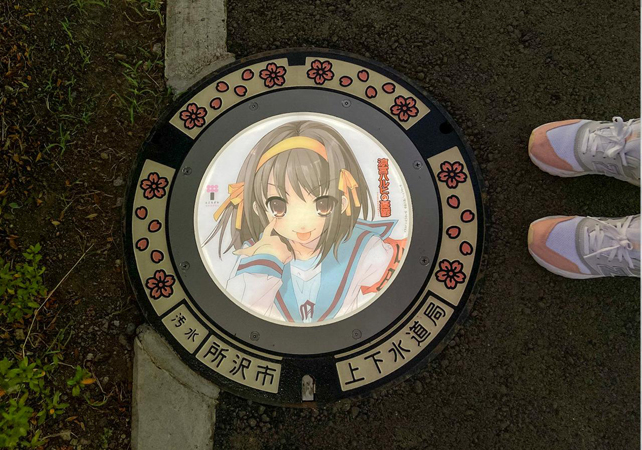 A set of manhole covers in Japan’s Tokorozawa city, north of Tokyo, has been decorated with anime characters that glow in the dark, to the delight of locals and city officials. The city installed the covers, which include designs from animation series such as Neon Genesis Evangelion and Gundam, this month to advertise a new entertainment complex focusing on Japanese popular culture that is scheduled to open in November. “My commute back home is enjoyable,” said 22-year-old resident Kotaro Kodaira. “I can look at them on the ground so the time seems shorter than before.” The 27 designs are illuminated by solar-powered LED lights, according to the city’s Waterworks and Sewerage department. City officials hope that the manholes, which are lit up from 5pm to 2am, will help to prevent crime during the night. “I think they are unique and nice,” said Sumie Namiki, a 46-year-old from Tokyo working in Tokorozawa.