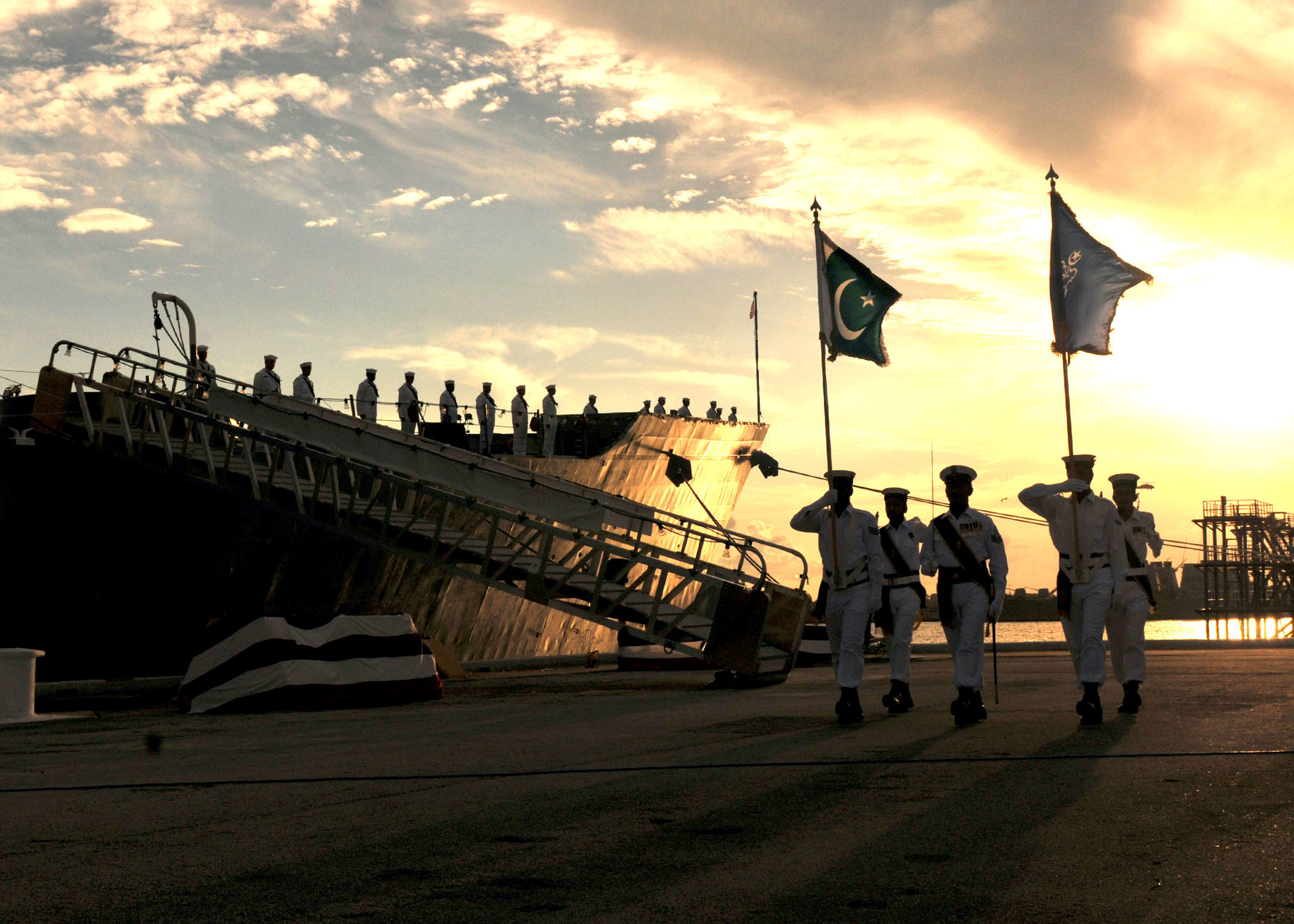 Pakistan Navy besides its primary mission of protecting the sea frontiers is also actively engaged in various aspects of nation building, which includes imparting quality education, conducting disaster relief operations, patronizing various social welfare activities and playing an active role in promotion of sports in the country. When it comes to the field of sports, Pakistan navy cognizant of its operational duties also endeavours to play an effective role in promoting healthy activities by encouraging youth of our country to engage their energies in a positive way. Pakistan Navy has a long history of sports promotion. Continued patronage of sports by Pakistan Navy has yielded a number of national and international sportsmen particularly in the fields of Cricket, Shooting, Sailing, Squash and Hockey. It is a matter of pride that Pakistan Navy has remained a major contributor of sportsmen to the national teams representing Pakistan. Apart from Golf, Pakistan Navy has also been regularly organizing national level sporting events which include Chief of the Naval Staff Open Squash Championship, Chief of the Naval Staff Hockey Championship, Chief of the Naval Staff Open Shooting Championship, and National Sailing Championship. Pakistan Navy is also proud to organize and host the 49th CISM World Military Sailing Championship in 2016 in which military teams from 12 different countries had participated.

Golf has spiralled to prominence among already popular sports in the international arena and with each passing year, it is attracting more and more players globally. Having realized the tremendous potential of this game since long, Pakistan Navy has always put in its earnest efforts to promote the game of golf at national and international levels. First of these efforts commenced with the initiative of conducting Chief of the Naval Staff Open Golf Championship in 1995. Ever since it’s humble start, this Championship has grown to become the biggest golfing event of Pakistan Golf Federation across the country. And conduct of this prestigious championship here, not only benefitted the game of golf in Pakistan but also helped in highlighting a very positive image of our country worldwide. Such events provide the national golfers with the opportunities to test and further polish their skills with their counterparts. In 2018, Asian tour was also hosted by Pakistan Navy with handsome prize money.

Besides this, for the promotion of squash numerous championships have been held under the auspices of Pakistan Navy. The armed forces, in particular, Pakistan Navy have contributed to provide patronage to Squash while encouraging officers and men to practice and excel in the sports. There is hardly any Pakistan Navy establishment void of international standard squash courts for continued promotion of the game amongst all ranks and files. In Pakistan Navy, the game of squash started with a single squash court in Manora and the journey from single court to a world-class squash complex became possible by deep commitment of the Navy with this game. Pakistan Navy hosts Chief of Naval Staff Open Squash Championship every year which includes the participation of reputed names in the game from all over the world. Moreover, Pakistan Navy conducts CNS Open Shooting Championship biennially at PN Shooting Range, Karachi since 2008. Different category matches of Pistol, Rifle and Shotgun categories are held during this Championship. This championship provides a platform to the young shooters of the country to polish their skills and prepare them for international arena.

Hockey, Pakistan’s national game faced major setbacks due to lack training facilities and less inclination of our youth towards this game. However, Pakistan Navy is playing its role to bring back the lost glory of the game. In line with this objective, Pakistan Navy has mounted the first mini Astro-turf of the country at Abdul SattarEdhi Hockey Stadium, Karachi. Furthermore, International nautical competition is also conducted by Pakistan Navy to promote water sports in the country since 2015. It is conducted by Pakistan Naval Academy in Karachi and teams from Naval Academies of different countries participate in the competition. It includes sailing, swimming, lifesaving and seamanship events. Sailing is a sport that has been ignored but Pakistan Navy has been very proactively focusing to introduce sailing as popular sports among youth by organizing National Sailing championship annually. Pakistan Navy’s former Naval Chief Admiral Zakaullah twice won Gold Medal in the Asian Games Sailing Championship. In 2016, Pakistan Navy hosted and organised CISM World Military Sailing Championship in Karachi where 09 countries participated.

To sum up, promoting physical and sports activities not only provides healthy avenues for youth to exhaust their energies in positive manner but also project progressive image globally. The aforementioned activities seem promising as Pakistan Navy continues to promote sports within the service, National as well as International level by organizing different sports events, maintaining state-of-the-art sports infrastructure, providing all necessary technical and material assistance to any National Sports Federation/Civil Organization as and when requested. Thus, Pakistan Navy is providing much-needed conducive environment for future foreign participation in all sports activities, reinforcing a softer and positive image of the country worldwide.