Families of missing persons belonging to the Shia community ended their sit-in outside Sindh Governor House in Karachi after Federal Maritime Affairs Minister Ali Zaidi made a promise for raising voice in this regard. 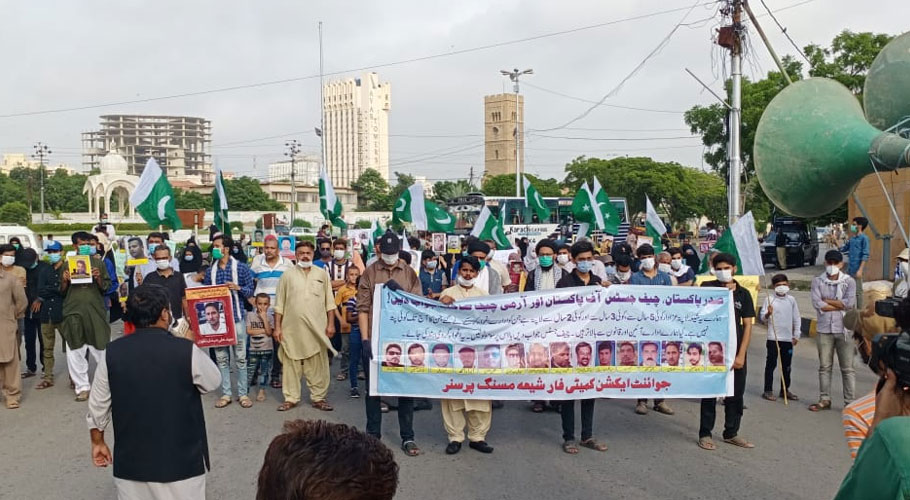 The relatives of ‘missing persons’ from the Shia community were protesting outside Governor Sindh house, demanding the recovery of their loved ones.

According to the organisers of the sit-in, they ended their protest after Federal Minister Ali Zaidi assured them that he will raise voice at every platform in this regard.

On the occasion, the federal minister assured that he will raise this issue in the upcoming federal cabinet meeting, scheduled to take place on Tuesday.

“The governor is a representative of the federal government and therefore we are protesting outside the Governor House,” said Zaidi. He also condemned police’s baton-charge and torture on the protesters, particularly women and children, and said the affected families and their supporters demanded an immediate release of the illegally-detained members of the Shia community.

He recalled that they had been asking the authorities to produce these detainees in court if there were any formal charges filed against them. Later, Federal Minister Ali Zaidi met the leaders of the Shia protesters and listened to their demands. He assured them that a committee that had been formed by the federal government to address their grievances would start its meetings from Thursday onwards.