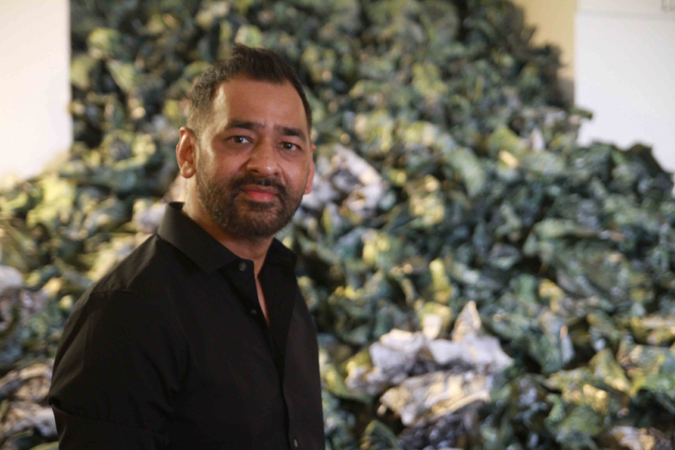 On August 14, President Dr Arif Alvi conferred the Sitara-e-Imtiaz award on renowned Pakistani visual artist Imran Qureshi. This honour signifies the Pakistani government’s deep appreciation for Imran Qureshi’s continued efforts and contribution in representing Pakistan globally with his outstanding work. Qureshi’s work has been recognised and awarded globally on various occasions prior to receiving his first award in Pakistan. In 2011, he was awarded with Sharjah Biennale 10’s Art prize, 2013, Deutsche Bank Artist of the year Award, in 2017 with Medal of Arts Award by State Department Washington and recently Asian Art Game Changer Award, Asia Society Hong Kong. He was also awarded Shaji Muhammad Sharif Award for Miniature Painting 1993 at the National College of Arts Lahore as well as Associateship of NCA in the year 2009. Holding over 25 years of experience as an independent visual artist, Imran Qureshi’s work has been exhibited in various biennales worldwide.