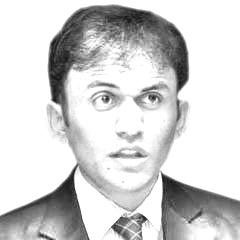 Exploring history objectively can be daunting. One may trap in one’s own biases or may become vulnerable to ideological inclinations of the authors who give birth to history via their texts. History, of course, is subjective and, in its creation, is more dependent upon the author where he/she comes from. However, there is a science to make a sense of history objectively, not completely but somewhere near objectivity, via making a comparative analysis of history in various sources. So, extracting history in almost a real shape is though overwhelming yet it’s possible. On the other hand, predicting the future correctly while being in the moment based upon the current trajectory of events is not so easy. It takes a lot of acumen to locate the future in the present circumstances.

I have been teaching the history of Pakistan Movement for quite some time and the more I study about it, the more I am amazed about the political shrewdness of Muhammad Ali Jinnah who so clearly visualized the future of India and especially that of Muslims under the majoritarian rule of Hindus once the British government leaves the subcontinent.

It’s important to highlight here that Jinnah was a proponent of united India and strongly believed that Muslims and Hindus through their respective political parties i.e. Muslim League and Congress, should pose a struggle for independence against the colonizers. Right from Lucknow Pact in 1916- where he brought both political parties on the same page for the first time for their constitutional fight against the colonizers for gaining more constitutional powers and earned a distinction of “Ambassador for Hindu-Muslim Unity”- to Delhi Proposals in 1927-where he convinced Muslim League to withdraw from the right of separate electorate for making an alliance with Congress against British government which via Simon Commission in 1928 wanted to formulate a constitution for India without taking any Indian on board- to Jinnah’s 14 points- in which he tried to convince Congress over the inclusion of Muslim demands in Nehru Report 1928 that Congress believed to be an ultimate constitution for India- to 1937 provincial elections after which Muslim League made an offer to Congress for a coalition government in Muslim majority provinces but Congress rejected Muslim League’s offer.

All these rejections on the part of Congress to accommodate Muslims’ concerns impressed upon Jinnah that Muslims’ survival in India was at stake and the only way for Muslims to live a life up their full potential was to have a separate state of their own. Jinnah was often accused of being obstinate in his demand for partition of India. Especially, in the 1940s, when the Muslim League became popular Muslim party and demand for Pakistan became its sole agenda after the passage of Lahore resolution in 1940, both Congress leadership and British government tried their level best to stop India from being partitioned. Jinnah was bribed to be the Prime Minister of Independent united India. Muslim League was persuaded via Cabinet Mission Plan 1946 to stay in a united India which would be a federation in which Muslims would have autonomy in Muslim majority provinces. However, keeping in view Congress so-called democratic vows in federal India, its obsession with Hindu nationalism and its dictatorial rule post-1937 provincial elections via Congress Ministries had convinced Muslim League that the ultimate solution to Muslims’ concerns in India was a separate state.

It has been 73 years to partition. What was foreseen 73 years ago for Muslims in India, it has been actualized and Jinnah’s vision seems as relevant today as it was back then

Muslim league under the stewardship of Jinnah presented a solid case for the creation of Pakistan in a short span of time. It was not so easy keeping in view Congress’ denial of the Muslim League as a representative party of Muslims across India and the British government’s desire to keep India united while at the same time more influenced by Congress in its approach towards partition. Because the British government was more influenced by Congress at the time of partition, Pakistan lost some of the Muslim majority areas to India which were bound to be with Pakistan. Over partition of Punjab and Bengal, which were two Muslim majority provinces, Muslim League got some flak within its ranks and some of the members suggested to reject partition of India with such demarcation of boundaries; however, Muslim League heavy heartedly went on with partition of India suggested in 3rd June Plan and boundaries demarcation suggested therein. When Jinnah presented proposals of the 3rd June Plan before members of the Muslim League, he was asked a question about the safeguards for Muslims in minority provinces in India. He answered that their status would depend upon the relations between India and Pakistan.

It has been 73 years to partition. What was foreseen 73 years ago for Muslims in India, it has been actualized and Jinnah’s vision seems as relevant today as it was back then. Today, India is under the influence of the Modi-led government which gets its inspiration from Hindu nationalism. In every way, the government is trying to homogenize society in India with the ethos of Hinduism. It has been garnering support domestically based upon nationalist ethos inspired from Hinduism and anti-Pakistan rhetoric. The fears that were once visualized by minorities in India especially by Muslims have a field day currently. Kashmir, a Muslim majority area, is under siege, and the government is allegedly trying to change its demographic composition. Day in day out, cases of Muslims being killed or tortured by mobs for slaughtering a cow or eating beef are reported across India. Muslim religious places are replaced with Hindu temples like the one that happened in Ayodah in which the Indian Prime Minister launched a Hindu temple at the site of historic mosque.

The current Hindu nationalist government in India is behaving the same way Congress obliviously behaved towards minorities before partition. Congress nonchalant approach to Muslims’ concerns in India before partition turned devout supporter of Hindu-Muslim unity in the likes of Jinnah to champion of India’s partition. Indeed, India’s current approach towards minorities can’t result in another partition of India but carrying on with such an exclusive approach will rob India of the harmonious fabric it carries in its culturally rich society. Excluding minorities of the mainstream and especially when it is done officially is not a positive omen for any polity which is diverse in its social milieu and claims democratic ethos. This policy of pushing minorities to the wall may backfire in intensity more than one can anticipate. Better it is that sane lot in India keeps a check on excesses of the government which it is making in the name of Hindu nationalism.