The right to freedom of movement in the City of lights

Travelling is intrinsic to humankind. It is a human right. This right is enshrined under Article 15 of the Constitution of Pakistan. It stipulates that every citizen has the right to “… enter and move freely throughout Pakistan…” 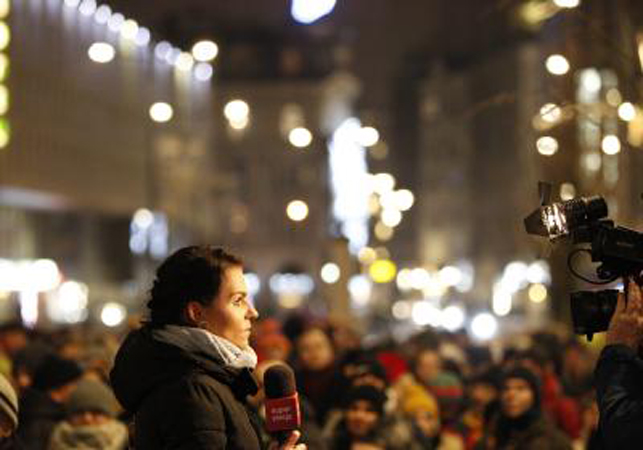 Likewise, following Article 13(1) of the Universal Declaration of Human Rights, everyone has the right to ”freedom of movement.”

Every citizen is free to walk on a footpath or drive on the roads. Additionally, several human rights are dependant on the right to freedom of movement. These include inter alia, the right to food, education, health care and employment. In the beautiful city of Karachi, one might like to see the stunning view of the sea and would be within their rights to drive from North Nazimabad to Clifton and enjoy some leisure time. However, how can one exercise any of these rights without proper and safe civil infrastructure? A simple twelve-minute commute from home to a workplace can turn fatal due to the dangerously crumbling of the civil infrastructure of Pakistan.

22 people, including three children, lost their lives in the three days of rain in Karachi. Some lost their lives due to electrocution, others due to the accumulated rainwater and billboards falling and collapsing. Many have faced the same fate in the previous year. Yet, the government failed to take any relevant and appropriate measures to prevent the unfortunate casualties. Who will look after the dependents of the (below) minimum wage earners who left their homes to go to work but never returned?

A three-member bench, headed by Chief Justice of Pakistan (CJP), while hearing a case about billboards and hoardings installed in Karachi, noted that the mayor of Karachi, Wasim Akhtar, always complained about lack of authority. He stated, “Go home if you do not have authority; why are you sitting as a mayor?” The CJP further stated, “The mayor of Karachi seems to have a vendetta against the city, [even though] people voted for him so that he could do something for Karachi.”

Mr Akhtar claimed that all powers of the KMC, including transport, building control and master plan were controlled by the Sindh government. Furthermore, he believed that the people of Karachi were suffering from the issue of transport and that Karachi was being neglected deliberately. He added that no department of the provincial government was performing, that is why the people were facing severe problems. Sadly, the blame continuously shifts from one political party to the other.

According to a report by the World Health Organisation (WHO), Pakistan ranked first in Asia for most deaths caused by traffic accidents. Furthermore, the Global Competitiveness report of 2019 ranked Pakistan at 105 for its infrastructure, 52 for its road connectivity and 67 for the quality of its road infrastructure. Even easily fixable issues such as potholes and sewers without vent covers are a common sight and have been the cause of many casualties, especially during the rain. Each year, several areas in Karachi such as Ayesha Manzil, Karsaz Road, II Chundrigar Road, Shara -e- Faisal, MA Jinnah Road get flooded due to the rain. Daily wage earners are left with no option but to either risk their lives or lose an earning day. Citizens are already struggling due to the pandemic. This adds on to their miseries.

The often untouched but real complexity of the concept of justice, however, is its duality

It was held that Article 9 (right to life) included the provision of transportation for citizens. The State is required to provide citizens with safe, humane and dignified means of travelling from one destination to another, within and outside cities. This right is essential towards ensuring the equality of citizens to eradicate social evils and to promote the social and economic well-being of the people. CJP Ahmed stated, ”… the real issue for the people of Karachi is about making the KCR available to them and that too, at the earliest possible date, for that, transportation of the people from one area of the city to another area has almost become impossible due to absolute non-availability of road transport. The city is choked by motorcycles, on which, at times, the whole family of a poor person travels, which of course is very dangerous for their lives. Whatever other transport is there, it is altogether inhuman and below the dignity of a citizen. We note that no planning has been made so far for addressing the unending misery of the people of Karachi, as they are altogether starved of transportation.” He further added, ”The mega city like Karachi, where the bulk of the population of the province of Sindh is settled, needs optimum and immediate attention by the State to provide these constitutional rights and safeguards to the people. The State, by rendering such services to the citizens, does not give any favour to them but such is the right of the citizens under the Constitution, which the State and its organ are duty-bound to perform.”

The Court directed that Pakistan Railways, with the aid and assistance of all agencies in the country, had to revive and operate KCR and it shall do so positively within a period of six months, otherwise, the Court may take action against all relevant Government Executives and officials of Pakistan Railways for contempt of court and for not complying with mandatory provisions of the Constitution.

Th divisional superintendent of Pakistan Railways Karachi, Arshad Salam Khattak stated in July of this year that, as per the directives of Supreme Court, restoration of KCR, was the top priority of Pakistan Railways while claiming that the trackwork has been initiated. He added that the federal government has allocated Rs. 1.8 billion for the mass transit project in the Public Sector Development Programme, for the Fiscal Year 2020-21.

It has been revealed that Karachi ranks fourth in road accident deaths in the world (ref. department of geography, KU). While the restoration of KCR seems like a ray of hope amidst despair, a lot more needs to be done for the 14.91 million (as per UN) people that reside in the city. Restoration of KCR is a progressive step, but it is not enough.