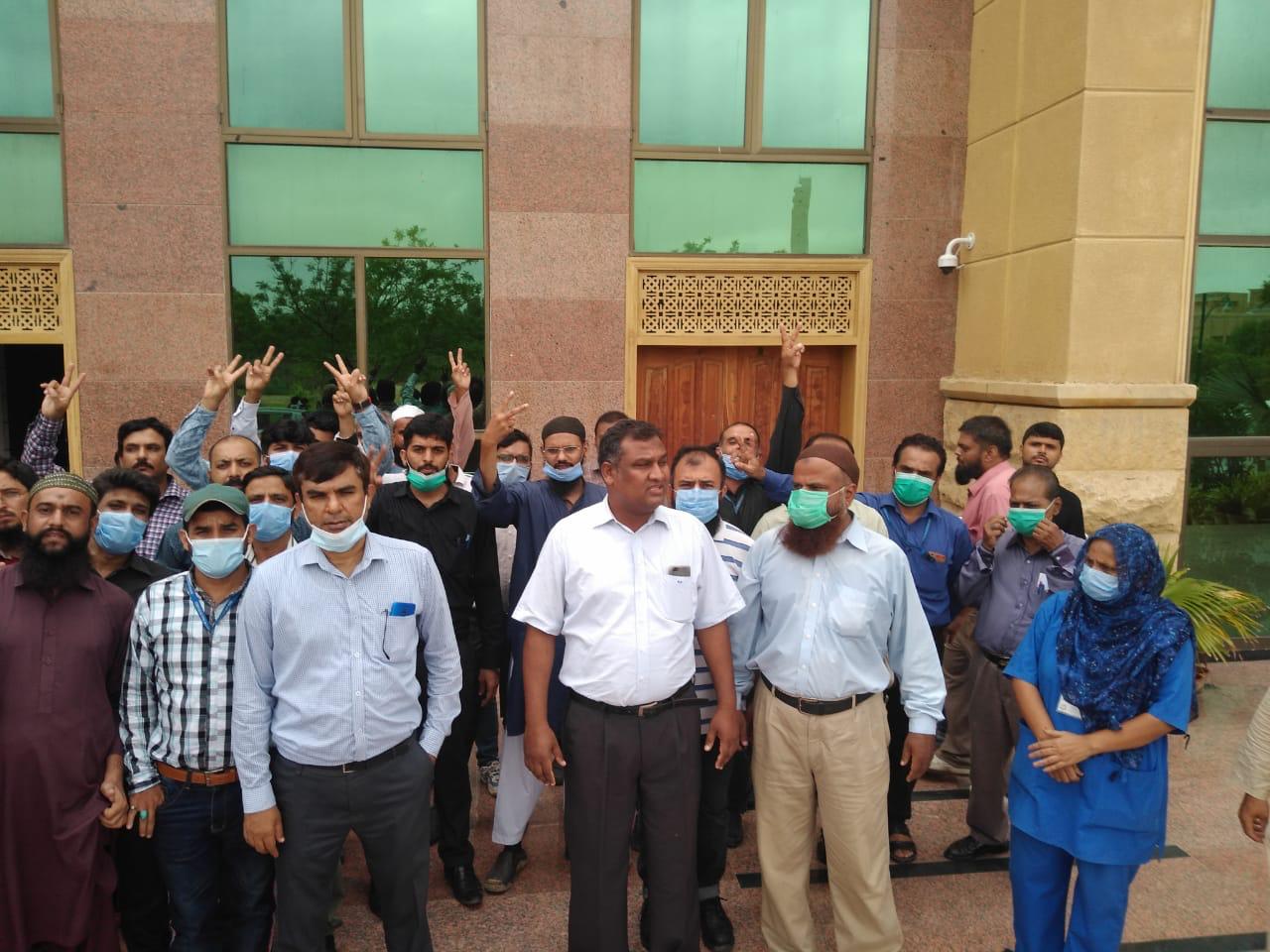 The Dow University of Health Sciences (DUHS) has not paid overtime yet of all its employees including officers who have been working since the COVID 19 emergency was declared on March 24. 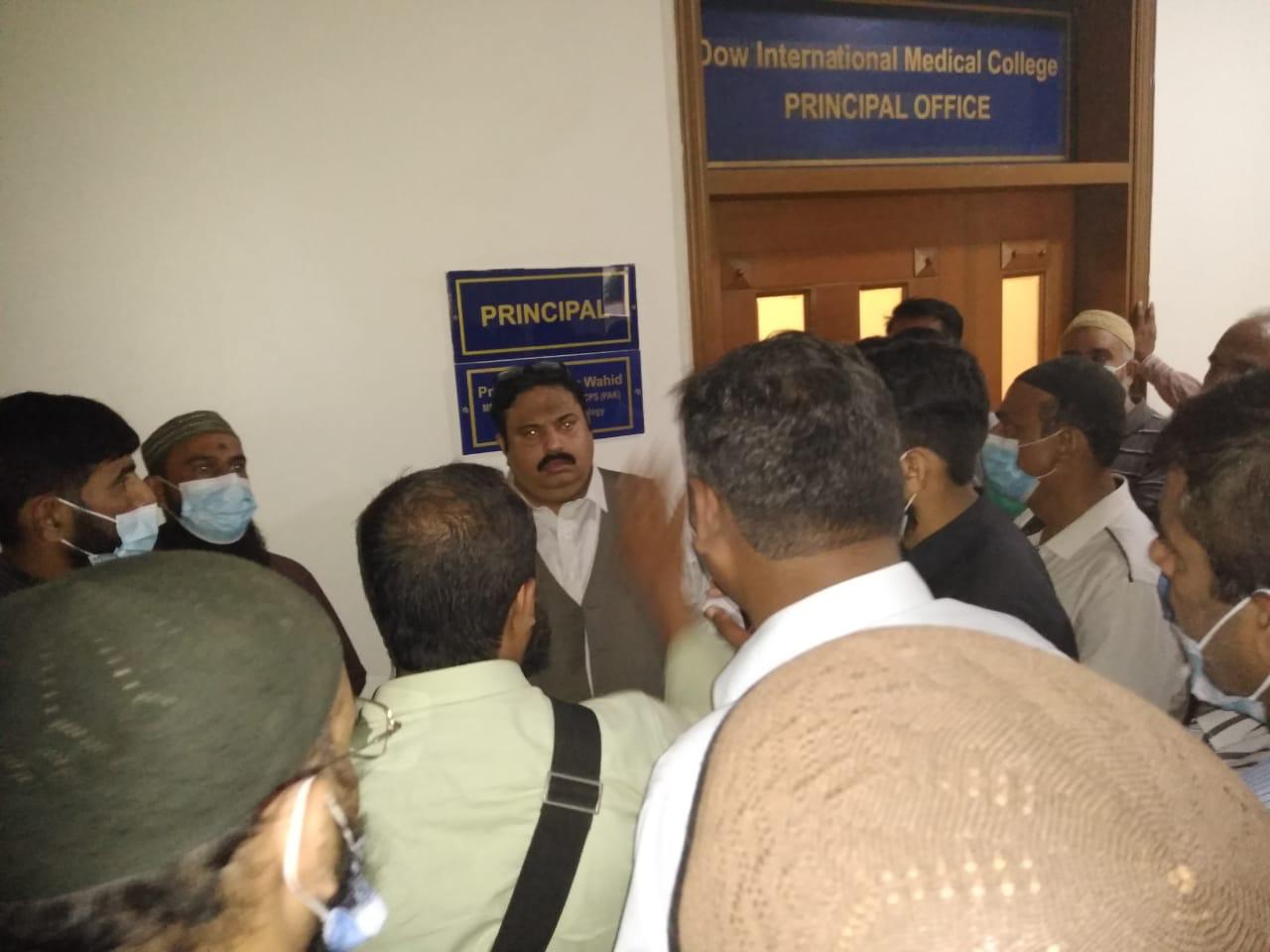 According to detail, In March as an emergency had been declared in all hospitals across the country amid an outbreak of the Corona epidemic, DOW administration had imposed emergency duties in the hospital as timely measures to deal with the epidemic. 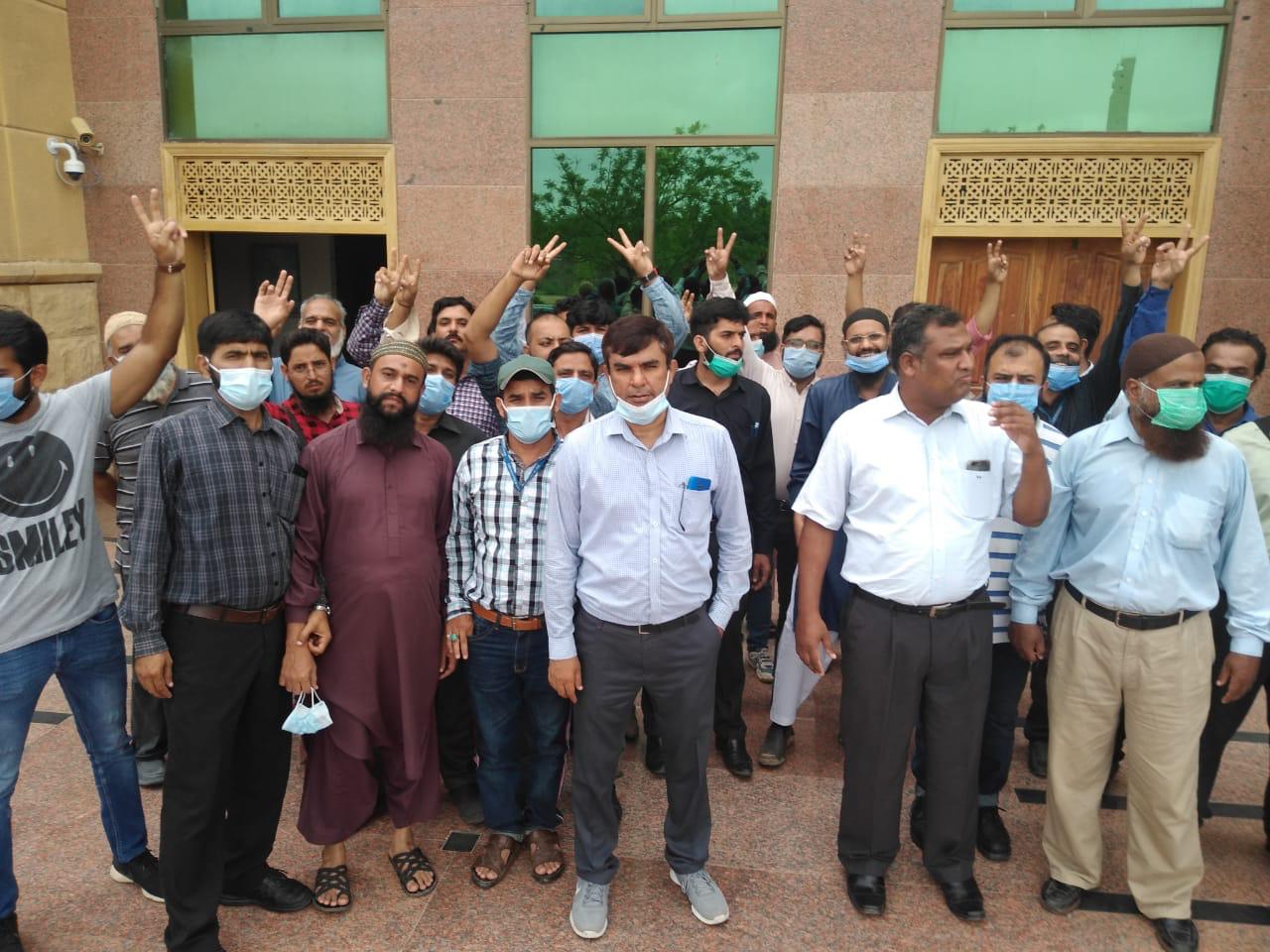 According to the source, Dow University Hospital has withheld legitimate overtime and health risk allowances for four months of the employees and officers had been working on the front line in difficult situations amid COVID-19 pandemic.

Affected employees told Dailytimes that requests for legitimate overtime had been made several times over the past four months but to no avail by the administration. working under ineffective safety measures is tantamount to playing with the lives of employees and our families. They added.

Hospital’s inside sources have revealed that withholding of overtime and health risk allowances of employees, in fact, is a clear violation of the decision of the Supreme Court of Pakistan and the decision denotified by the Government of Sindh.

As a result of all these unfair and unjust measures, the employees of Dow University Hospital gathered at Dow Ojha Campus. We met the Chairman of the Overtime Committee, Prof. Kartar Diwani, and the Director of Finance and briefed them legitimate demand of our overtime and financial situation, which had been suspended for four months. As Director Finance and Professor Kartar Diwani have assured to resolve the issue soon, while employees are determined to ready for a big protest if the issues are not resolved.

In this regard, Karachi University Officers Welfare Association (KUOWA), NED University Officers Association, Officers Association Balochistan University and UET Jamshoro expressed solidarity and requested the DUHS authority to look into the matter on priority basis and give the officers and employee their pending overtime and health risk allowance which is applicable to everyone risking their lives during a pandemic. They assured their full support with the offices and employees for their legitimate demand.

To discuss on the whole situation, Dailytimes repeatedly attempts to contact DOW administration has failed to reach them.