The aphorism or an adage is quite appropriate in laying bare the misdirected course of “faith” or “belief.” 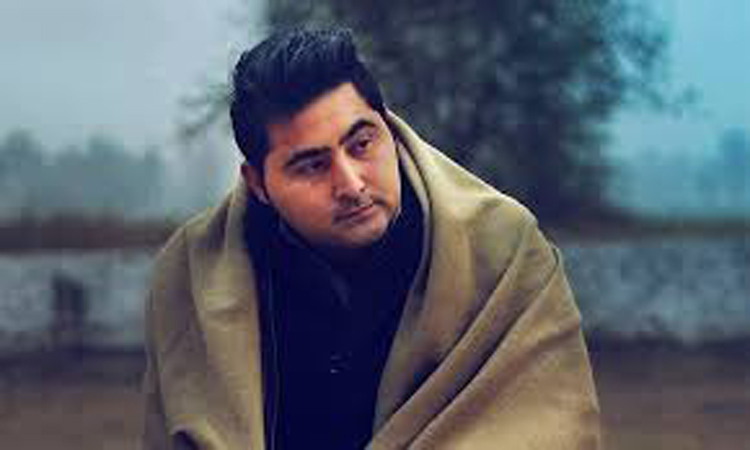 God does not reside in churches, temples, mosques, or synagogues. He is present in the whole universe and every living entity. God exists right inside every human being whereas erroneously due to his weak faith, he tries to find him outside. People of all religions perform pilgrimage to carve a close communion with the Almighty. But it is a matter of common observation that the pilgrims become more vitiators than ever before in their practical lives. Of what use is this type of journey from nowhere to nowhere. Equally, visiting shrines to solicit for any remedy or blessing from a saint is a desecration of the Almighty’s sublime stature.

Present social instability and political unrest in the Muslim world reminds us of the 17th and 18th century Europe when there was a long-standing battle between Catholics and Protestants that destroyed the socio-political fabric. Moreover, to get out of that socio-political chaos, they separated religion from the state affairs. Theoretically speaking, there is a visible difference between Christianity and Islam. The later provides comprehensive social and political ideals, which the former lacks.

Despite the clear message of Islam of brotherhood, unity, and discipline, Muslims have been fractionalised and fragmented into different sects. They have their own identities and rigid set of beliefs, which is damaging the roots of Muslim identity and brotherhood altogether. To cater to this complex and horrific dilemma, there is a dire need for constitutional reforms within the Muslim states. To carry out such principle reforms, there has always been a need for an acclaimed constitutional body/institution/council but none of the Muslim thinkers draws the comprehensive structure of that body concerning power-politics of the present era. In the case of Pakistan, we, however, find one such council with the name of the Council of Islamic Ideology that was created for the above-outlined purposes.

Religion has been playing a conspicuous role in Pakistan’s current affairs. According to the Constitution of Pakistan 1973, Islam has declared the state religion of Pakistan. The Islamic way of life was to be promoted, including steps like the organisation of zakat, awqaf and mosques. For the past 73 years, Pakistan is facing religious discrimination and fanaticism in the form of blasphemy laws, child abuse and women protection issues. To iron out such complication, an important Islamic provision declared that the president would appoint, within 90 days of the commencement of the Constitution, a Council of Islamic Ideology to make a recommendation to Parliament and the Provincial Assemblies for bringing the existing laws into conformity with the injunctions of Islam and as to the stages by which such measures should be brought into effect. The Council was also to compile in a suitable form for the guidance of Parliament and the Provincial Assemblies such as injunction of Islam as could be given legislative effect. Article 230 of the Constitution reads: “The Council of Islamic Ideology shall submit its final report within seven years of its appointment and shall submit an annual interim report and Parliament, after considering the report, shall enact laws in respect thereof within two years of the final report.”

Considering that the Constitution came into force in 1973, the CII managed to come up with a “final report” by 1996, a casual 16 years too late. Be that as it may, that means the CII has fulfilled its mandate and should go home now. The fact that it has managed an ugly afterlife from decades, which shows both weakness of the state and the lack of attention this republic lends to its Constitution. The law demands the CII be disbanded. The law ministry made a convincing case as late as 2010 that, post-final report, the CII was over the hill.

Despite the clear message of Islam of brotherhood, unity, and discipline, Muslims have been fractionalised and fragmented into different sects

But the council wailed back like a stepchild cut out of the will, screaming that the same Article 230 implied permanent status for it. It was needed ever more important, quivered the CII, in deciding what was right for Pakistanis. Mohammad Ali Jinnah said, “Pakistan is not going to be a theocratic state, to be ruled by priests with a divine mission.”

There is merit in this recommendation because the CII was never supposed to be a permanent body. It was supposed to give its final report within seven years of its appointment. That final report was represented in December 1996 and as such, there is no constitutional imperative to continue with the body anymore. The makers of the constitution, to their credit, did not envisage the CII to be a council of ulema or religious priests. Article 228 of the constitution speaks of the appointment of persons as members who are either well versed in the “Knowledge of the principles and philosophy of Islam as enunciated in the Holy Quran and Sunnah,” Or “Understanding of the economic, political, legal or administrative problems of Pakistan.”

Significantly the use of the word “person” denotes that such persons need not be Muslims nor even citizens of Pakistan. Article 260(1) of the Constitution defines a person as “anybody politic or corporals.”

The president of Pakistan has the power to appoint a CII comprising eight to 20 members. These members would necessarily have to have one woman amongst them. The requirement of individuals engaged in Islamic research or instruction is 1/3rd of the total body. This means that 2/3rd of the body could be derived from men and women who were experts in law, economics, science, business, etc.

Recently Peshawar court, Yohanabad incidents, Lynching of Mashal Khan, Junaid Hafeez Blasphemy cases, Child abuse, and non-implementation of Islamic injunctions are the aftermaths of CII failures. The constitution thus sought to balance the requirements of modernity with religion and create a truly ijtihad body that would help modernise the law of Islam according to the times we live in, but unfortunately, we are failed to enhance and adapt the Islamic injunction in the light of Quran and Sunnah. God is the Living Soul of the entire cosmos and it is He who should be invoked through one’s entreaties for blessings, guidance and help. We should Tame and teach ourselves to pave the right way of our faith, trust, and belief. There is “little” difference between “man and an animal” and let us not throw that “little” away while being a human being. The present national and international socio-cultural and religiopolitical trends government of Pakistan should construct and review the purposes, scope of the above constitutional body to cater to the chauvinism and state failures.

The writer is a legal practitioner and columnist. He tweets @legal_bias