The UN Resolution 1325 on Women, Peace and Security believes that gender inequality is a significant threat to global peace and security. Whenever there is a war or conflict, men and women are differently impacted. Since women and girls are more vulnerable to war-related crimes, therefore, the resolution demands UN members to implement meaningful participation of gender perspective in the peace process.

In the social structure, conflict is kind of inevitable, because human beings are the main actor, and their behavior keeps on evolving depending on time, space, environment, resources, culture and traditions. However, the most important thing here is how we can resolve these conflicts constructively with the participation of all stakeholders, to avoid major devastation. Observation of various global conflicts has revealed that (a) gender inequality is the most significant catalyst for the outbreak of violent conflict and (b) conflicts reemerged within 5 years of mediation when women were excluded from formal peace processes.

In the latest case study of peace processes carried out during the 1990 till 2017 revealed that the total number of women mediators were only 2%, merely 5% women were witnesses and signatories, and only 8% women negotiators were identified in total 1,187 peace agreements. The underrepresentation of women concludes that the agreement lacked gender perspective and questions the durability of resulting peace agreements.

Rwanda’s rise from the wreckage of genocide is a vivid example of structural development where women have played a pivotal role in peace mediation, reconciliation, the establishment of judicial system, reconstruction of the community, revamping education, the local businesses and enterprise system

In many regions of the world, in the pre-colonial era, men and women were equal shareholders of society, and in some cases, women were even stronger than men in the decision-making process. Colonization undermined the peaceful traditional systems and indoctrinated structural discrimination. Men and women were given gender identities, and many post-colonial states are yet struggling with this doomed legacy. 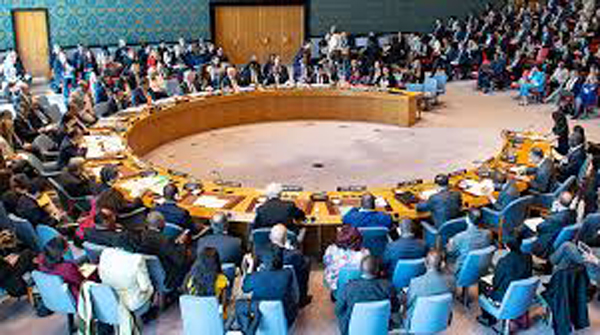 Men are generally not encouraged to show emotions, affection and take softer stances, particularly while taking critical decisions. Perhaps this the key reason why men often fail to negotiate a sustainable peace agreement and also because negative peace is their ultimate goal. On the other hand, women are shunned for taking roles which are not meant for them in the first place, considering the anticipated gender identities based on patriarchal norms. There are many examples of conflicts, for example; Bosnia, Rwanda, Libya, Yemen, Colombia, Uganda, Somalia, and many more where women amid conflict, gender-based violence, displacement and extreme vulnerabilities initiated peace and reconciliation activities from the grassroots level. Despite all the hardships, their voices go unheard during formal peace processes. However, their struggle remains persistent while systematically being excluded from peace negotiation, reconstruction, constitutional-creation, rehabilitation, and establishment of the judicial and infrastructural system.

Rwanda’s rise from the wreckage of genocide is a vivid example of structural development where women have played a pivotal role in peace mediation, reconciliation, the establishment of judicial system, reconstruction of the community, revamping education, the local businesses and enterprise system. In all these processes, women’s support for each other and role-modelling remain the dynamic feature. Today, due to the determined efforts of the local women, Rwanda is the only country in the world with 61.3% of women serving in the parliament. Not only that, the country is performing exceptionally well in the field of education, health, economy and various initiatives to combat climate change and to preserve natural habitat.

Motivational references are often related to manly accomplishment in the field of science, technology, literature, engineering, conflict mediation, politics etc. And this has been internalized so much that we don’t find it discriminatory to imaging man in strong/decisive role and limiting women to care-giving and nurturing roles. Adding to this lack of women role-modelling has profoundly impacted women visibility and audibility in almost all fields of life, especially in countries like Pakistan.

In the pandemic COVID-19, the resilience of women leaders across the globe has been appreciated and acknowledged. Time and again women have shown that when their voices are heard they bring egalitarian change, a change that serves humanity as a whole. In Pakistan, there are fewer examples of women in leadership and decision-making roles. Pakistan needs to pay more attention to the implementation of Security Council Resolution 1325 and its pillars commonly referred as 3P; protection, prevention and participation – to avoid conflict and ensure structural peace.

The empowerment of women and their meaningful representation at all stages of decision-making are the factor of stability and also because women with equal rights bring added value to the decision-making process. Research holds that increased women participation strengthens the process of decision-making as women tend to introduce a wide range of opinion and observation, thereby helping to eliminate operational deficiencies at the various levels. Moreover, men and women have different characteristics and attitude skills, and together they prove to be a valuable asset, especially for the formation of sustainable policies.

Lastly, we need to understand that marginalizing 50% of the population that produces the rest of the 50% creates a structurally weak state and open spaces for violent extremism. If we seek an empowered nation, we need to empower women.

The writer is a research officer, WAPDA