The Punjab government has sacked Managing Director (MD) of Punjab Curriculum and Textbook Board Manzoor Hussain. 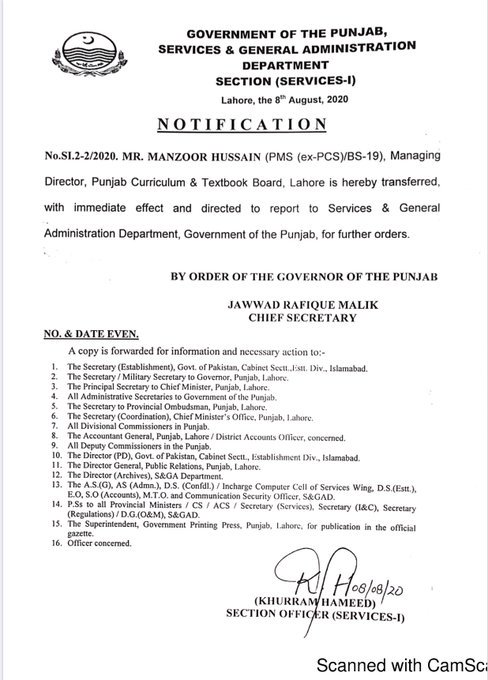 Manzoor Hussain had banned about 100 textbooks in Punjab a few days ago.

According to the notification issued in this regard, Manzoor Hussain has been transferred and he has been directed to report to the Services and General Administrative Department.

It may be recalled that the MD had banned about 100 textbooks which were considered ‘against the two-nation ideology’ or ‘immoral and illegal’.

Notably, the PCTB MD issued a statement on his Twitter account saying that he was “accused of liking an immoral picture on Twitter and also of making inappropriate comments on photographs” after he banned at least 100 books.

Presenting the man who just banned a 100 books all over Punjab.

While rebutting the accusations, he said: “I deny these allegations emphatically and maintain that I have been the victim of a social media hack. I am making every effort to secure my social media accounts.”