Overpopulation: Too Many of Us

The alarming increment in the population is among the greatest challenges that the world faces today. The rapid growth in population directly impacts every lifestyle and environment. It’s a reality that no country can ascend the stairs of prosperity without controlling the population. In mid-2019, the UN estimated that the world population had reached 7,713,468,000. The world population reached the mark of its first billion in 1804, the second in 1927, the third in 1960, the fourth in 1974, the fifth in 1987, the sixth in 1999 and the seventh in 2011. The global population is still increasing and projected to reach about 10 billion in 2050. 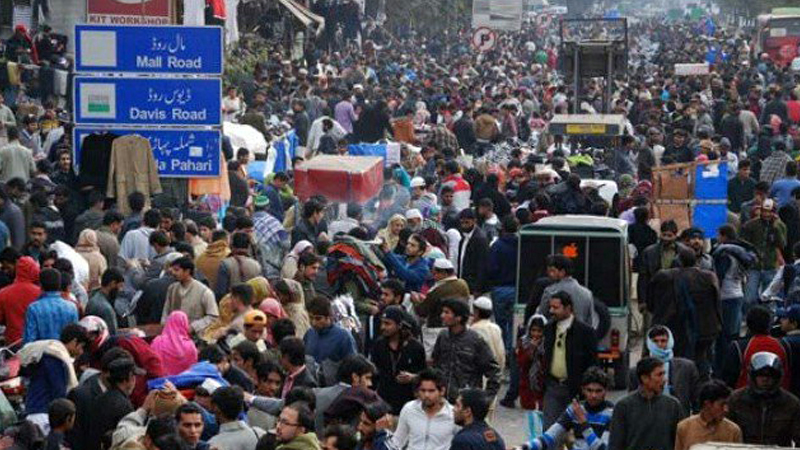 Pakistan was the 14th largest populated country in 1955, including East Pakistan. Today, without the Eastern wing, Pakistan is the fifth largest populated country in the world. Pakistan’s current population is around 220 million. According to estimations, within 30 years, it can increase to 338 million. But now the situation has turned to a flashpoint. For only next year, five million babies are expected to be born in Pakistan.

British scholar, Thomas Malthus, in his 1798 work, “An Essay on the Principle of Population,” predicted that continued population growth would exhaust the global food supply by the mid-19th century. More humans mean the need for more food, water, shelter, hospitals, educational institutions and jobs. But no country can meet the needs of every individual if the country is overpopulated.

The truth is that Pakistan’s increasing population needs food, water, health, shelter, hygiene, education and social security. But another truth is that this unmanageable population is the reason behind it not being able to provide enough facilities for them.

The paucity of basic facilities develops unproductive citizens, which carve the path of social evil. Overpopulation gives birth to numerous social issues. Challenges like economic development, poverty, inflation, unemployment, low literacy rate, hunger, scarcity of water, low standard of living, low per capita income, are due to overpopulation and all these challenges increase the crime ratios. Crimes like Illiteracy, unemployment, robberies, child abuse, child neglect, prostitution, drugs abuse, narcotics and lack of safety are increasing with the exploding rate of population. This is because the country isn’t capable of building productive citizens due to plethora.

Paul R Ehrlich, a Stanford University biologist, in his 1968 book, “The Population Bomb,” warned that the humankind stood on the brink of apocalypse because there were simply too many of us. As the human population continued to explode, finite natural resources, such as fossil fuels, freshwater, arable land, coral reefs and frontier forests, continue to plummet, which is placing competitive stress on the basic life-sustaining resources and leading to a diminished quality of life. A study by the UNEP Global Environment Outlook, which involves 1,400 scientists and five years worth of work to prepare, found, “Human consumption had far outstripped available resources. Each person on Earth now requires a third more land to supply his or her needs than the planet can supply.”

Undoubtedly, the exploding population has adversely affected our environment. Several scientists have argued that the current global population expansion and the accompanying increase in resource consumption threaten the world’s ecosystem. Population growth means an increase in the demand for consumer goods. To meet this demand, new industries are established. Henceforth, the basic cause of environmental pollution is not the rapid pace of present-day industrialisation but the rapid growth of population. It is generally agreed that there is, at present, environment crisis, for example, shortage of resources, pollution of the environment, destruction of wildlife and natural beauty.

The truth is that Pakistan’s increasing population needs food, water, health, shelter, hygiene, education and social security. But another truth is that this unmanageable population is the reason behind it not being able to provide enough facilities for them

A WHO report shows that environmental degradation, combined with the growth in world population, is a major cause of the rapid increase in human diseases, which contributes to the malnutrition of 3.7 billion people worldwide, making them more susceptible to disease.

When talking about overpopulation, we should understand that there is a psychological component as well. Poverty is considered as the leading cause of overpopulation. In the absence of educational resources, which resulted in higher birth rates, that is why impoverished areas are seeing large booms in population.

Pakistan has a large number of people who are illiterate, live below the poverty line and have little or no knowledge about family planning. Besides, getting their children married at an early age increases the chances of producing more kids.

There is a dire need of raising awareness about the impacts of the growing population and the need for family planning. Empowering women is necessary as studies show that working women are less likely to have a bunch of kids. Promoting family planning can help way too much. China’s one-child plan is the best one to control the excessive population. Government needs to make policies to control the exploding population. Every year, on July 11, the world population day is observed to raise awareness about the global population. Media can play the best part in raising awareness.

The writer is a researcher interested in social, economical, political and international affairs