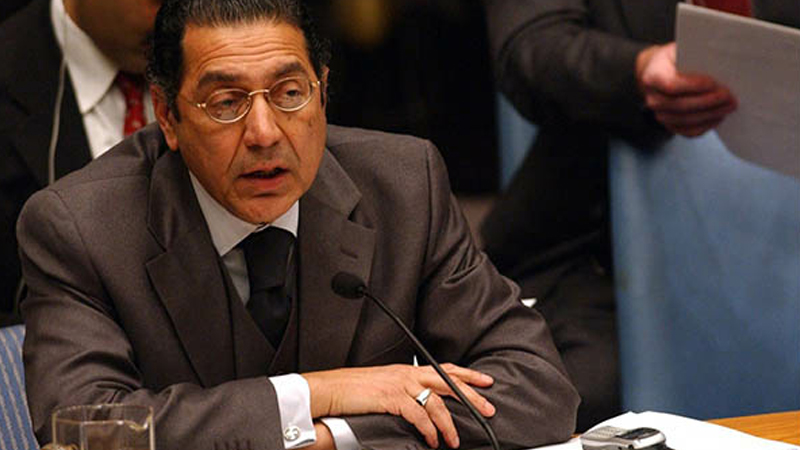 Pakistan has told the UN Security Council that effective border controls are a ‘prerequisite’ to clamping down on the twin threats of terrorism and organized crime.

In an open Council debate on ‘Threats to international peace and security: Linkage between international terrorism and organized crime’, Ambassador Munir Akram said that only through collective regional and international efforts could the world community choke off the various sources that support terrorist outfits through organized crime.

“We will continue to play our role to sever the vicious link between terrorism and organized crime in our region,” the Pakistani envoy said.

“This is critical for our own people, as well as for our neighbourhood and indeed the rest of the world,” he said.

“Being one of the principal victims of terrorism, Pakistan’s resolve to eliminate this scourge is clear and unwavering,” the Pakistani envoy told the 15-member Council.

Terrorist organizations like Tehrik-e Taliban Pakistan (TTP) and Jamaat-ul-Ahrar (JuA) attack Pakistan using their bases outside of borders, he said, adding these are mercenary terrorist groups and work with third country’s state patronage for profit generation.

“This nexus of mercenary terrorists and their patrons generate finances through proceeds from narco-trade, kidnapping for ransom, extortion and smuggling of natural resources like timber,” Ambassador Akram said.

“One example of this patronage was proven by the arrest of Commander Kulbhushan Jadhav, an Indian intelligence agent,” he said, pointing out that he was running a syndicate of criminals and terrorists to foment terrorism in Pakistan.

Similarly, Pakistan also submitted the names of four other terrorist facilitators to the Security Council’s1267 Sanctions Committee. “Such Indian terrorism facilitators, hiding in plane sights, in our neighbourhood, continue to fuel terrorism inside Pakistan.”

The recent attacks on Pakistan Stock Exchange in Karachi, which was condemned by the Security Council, was the work of such Indian-sponsored mercenary terrorists, the Pakistani envoy said.

“Pakistan will continue to make all efforts to expose the ominous role of India, the fountain head of terrorism, in our region.”

Ambassador Akram also said that Pakistan’s law enforcement agencies continued to make record drug seizures every year. He said it was a “tangible manifestation of our consistent and dedicated efforts to not only protect our own country, but also protect the rest of the world from this scourge.”

At the regional and global levels, he said, Pakistan has remained constructively engaged with various counter-narcotics related forums and initiatives, citing its constructive engagement with some countries.

As regards the world drug problem, Ambassador Akram called for focusing on reducing both the supply and the demand of narcotics drugs through a well-integrated, comprehensive and balanced approach.

However, he said that strategies must be tailored to each situation, with the United Nations playing an effective role.

Earlier, presenting the Secretary-General’s report on actions taken by member states to address the links between terrorism and organized crime, Ghada Waly, executive director of the UN Office on Drugs and Crime (UNODC), said it reflects the contributions of some 50 Member States and 15 Counter-Terrorism Coordination Compact entities, as well as the Counter-Terrorism Committee Executive Directorate and the Analytical Support and Sanctions Monitoring Team.

She said Member States highlighted a range of links, often in connection with the financing of terrorism. Some could not confirm the existence of links, due to constraints on their investigative capacities.

Head of the UN Office of Counter-Terrorism, Vladimir Voronkov told the virtual meeting that terrorists are exploiting the significant disruption and economic hardships caused by COVID-19 to spread fear, hate and division and radicalize and recruit new followers.

The increase in internet usage and cybercrime during the pandemic further compounds the problem.

Both speakers highlighted the support of the UN to assist member states in implementing measures such as anti-money laundering and counter-financing of terrorism, strengthening border security and more.

Voronkov concluded with a call to “continue our fight against terrorist groups and criminal networks to deny them the opportunity to exploit the COVID-19 crisis.