* To supplement Independence Day celebrations, the Daily Times will highlight, all of August, the individuals who continue to make Pakistan proud. Our fourth interview is with the legendary cricketer of yesteryears, a sports icon and a world-renowned player Intikhab Alam 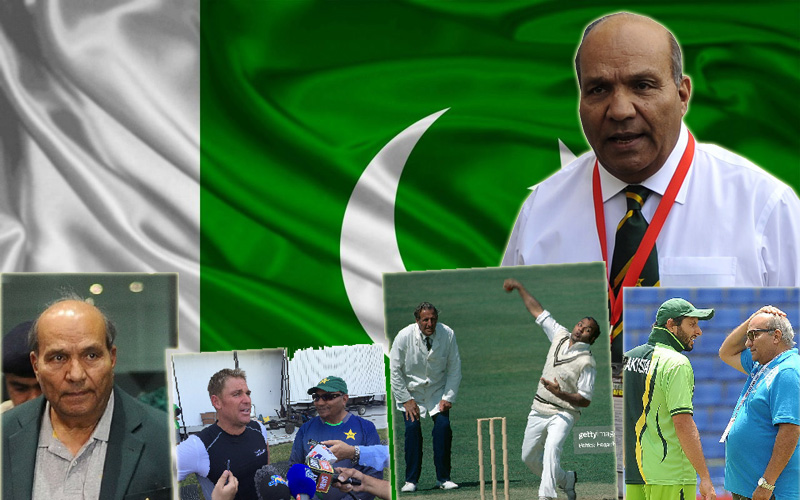 Tell us about your foray into the field of cricket and then coaching. How did it all begin for you?

My family was into cricket including my father and my brother. In 1958, when Abdul Kardar was the captain of the Pakistani cricket team, I went to a try out from my school. I did not get selected. In those days, my brother used to play cricket during the evening with others. I used to practise with my brother as I was a bowler and bowlers are always welcome. Kardar sahib was present with the team one day when I was playing with my brother. He saw me bowling and after practise, he asked me my name. He told me to come the next day and play. I told him that I did not get selected. He told me that it doesn’t matter. I couldn’t believe my luck. He told me to come to the national stadium. I played with the Pakistan team for the first time and took four wickets. It was a fairy tale story. In 1958, West Indies toured Pakistan. When the names were announced of the selected players, I was one of them. I was named in the Pakistan Eaglets team to play in England. At that time, if you were selected, you had to pay Rs 5,000 to be on that tour. I didn’t have that money; neither could I ask my dad. Kardar sahib was the Head of Ministry of Education in Karachi. He got me the money from the ministry to go on the tour. It was a four and a half month tour in which I took 128 wickets and made 800 runs. Based on that performance, I played in Karachi and took eight wickets. I created a world record in which I clean bowled the batsman on the first ball. In 1959, the Australian team was coming to Pakistan, I got selected but didn’t play the first tests but played the last ones. In the 1960s, I was selected to play in India for some Test matches. From there, I never looked back.

You have captained Pakistan for Test matches for a couple of years. Tell us about your captaincy experience.

I was made captain from the years 1969 to 1976. For the first time, Pakistan won test matches under my captaincy in New Zealand. In 1992, when Pakistan won the cricket world cup, I was their manager. In 2009, I was the coach.

You have played English county cricket as well. How did that happen?

For three years, I played league cricket in Scotland from the years 1966 to 1969. In 1969, the Indian team toured Pakistan. English player John Aldridge saw me play. Since my performance was good, he asked me to come to London before going to Scotland. I stopped over at London for a day or two and practised at The Oval. While practising, they offered me a contract for three years. For that, I needed relief from my contracts with Scotland but they were nice people. When I returned to Pakistan, Air Marshal Malik Nur Khan Awan was the chairman of the cricket board.

‘The current team is Masha Allah very good. Because of coronavirus, it was a tough time for cricket, but it was a very good decision on the organisers part to resume cricket now as the show must go on’

He was also the chairman of Pakistan International Airlines. He was a great personality. In 1981, he offered me the job of becoming a professional cricket manager. We worked a lot during his time. Imran Khan and I convinced him to keep neutral umpires. It was decided then. We called both umpires from England for a series against Australia. Then, during India’s tour, we defeated them 3-0. In 1971, there was a tour in England as South Africa’s tour had just gotten cancelled. England played against the World 11 team in which I also played. I was the vice captain in the Rest of the World team as we played against Australia.

You made your debut in cricket in 1959. How have the dynamics of playing cricket changed from the time you started out up till now?

There was no one-day cricket in our times, coloured clothing or neutral umpires.

Back then, how much did you have to train and workout every day? What was your exercise routine?

There was no coaching back then. Hardly any. It was purely our own hard work. We used to run a lot. I used to play squash, badminton, swimming, basketball etc and I had been playing these sports since school.

I’m not involved with cricket anymore.

How would you rate and rank the Pakistani cricket team now? Who are the ones showing the most promise?

The current team is Masha Allah very good. Because of coronavirus, it was a tough time for cricket, but it was a very good decision on the organisers part to resume cricket now as the show must go on. I have to hand it over to the cricketers. Babar Azam is one of the finest cricketers we have.

Pakistan means a lot to me as I know how it came into existence. I was five when it came into being. I know how many sacrifices were made for the country to be formed. The feelings I have for Pakistan are unmatchable.

What, according to you, has been your biggest achievement so far?

In 1978, when right after the West Indies tour, I received the Pride of Performance by the government.

Sir Garfield Sobers and Keith Miller are my heroes.

Intikhab Alam has been Pakistani cricket team’s coach and a former cricketer who played in 47 Test matches and four One Day Internationals from 1959 to 1977.

The legendary cricketer captained Pakistan in 17 Tests between 1969 and 1975. He was declared a professional cricket manager by Air Marshal Malik Nur Khan Awan in 1981. It was under Intikhab Alam’s captaincy, that the Pakistani cricket team won its first Test match series ever in New Zealand. In 1992, when Pakistan won the cricket world cup, Alam was their manager. In 2009, he was the coach. Intikhab was Pakistan’s first One Day International cricket captain. He played three matches as captain, winning two and losing one. In 2004, he was appointed as the first foreigner to coach a domestic Indian cricket team, coaching Punjab in the Ranji Trophy. On 25 October 2008, he was once again named manager of the Pakistan cricket team by PCB, a day after Australian Geoff Lawson was sacked as the national coach of Pakistan. In 2009, Intikhab was the manager of the team when Pakistan had their first Twenty20 World Cup title by defeating Sri Lanka in the final.

He also played in English county cricket for Surrey between 1969 and 1981. Prior to this Intikhab was professional for several years at West of Scotland Cricket Club in Glasgow and also coached at The Glasgow Academy. In August 1967, at the Oval, he joined Asif Iqbal for a ninth wicket stand of 190 runs. This remained as a World record for around 30 years.

In 1978, right after the West Indies tour, Alam received the Pride of Performance by the government.