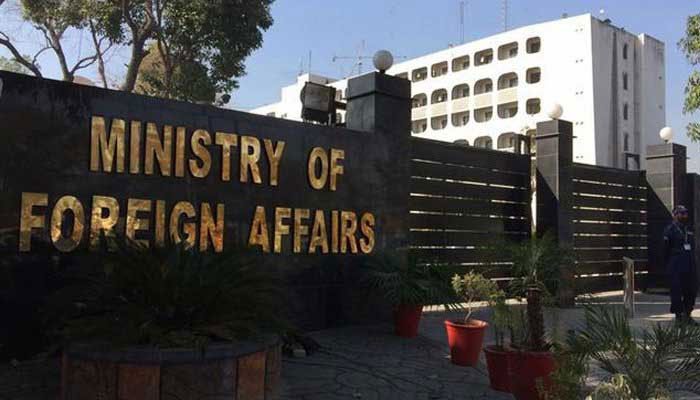 The Foreign Office on Thursday dismissed any back-channel diplomacy underway between Pakistan and India, saying it was out of the question owing to worsening human rights situation in Indian Illegally Occupied Jammu and Kashmir (IIOJK).

“Not at all in the circumstances we are. Not in the face of the brutality that is happening in IIOJK,” Foreign Office spokesperson Ayesha Farooqui said in her last weekly briefing with media after her successor Zahid Hafeez Chaudri was appointed on the position.

Farooqui said the situation of IIOJK was deteriorating day by day and Pakistan would not consider any back-channel diplomacy in the current scenario.

Occupied Kashmir was stripped of its special rights last August and divided into two federally-administered territories in an attempt by Prime Minister Narendra Modi to draw the restive region closer to the rest of the country.

The move was accompanied by a communication blackout, widespread movement restrictions, and mass detentions, including those of elected leaders.

Foreign Minister Shah Mahmood Qureshi said on Thursday that India has failed to convince the United Nations Security Council meeting that Kashmir is a bilateral issue, adding that the act only reaffirms the resolution that the dispute should be resolved through an impartial plebiscite under the UN auspices.

The FM remarked on the recent meeting, saying that India has illegally occupied the valley and has intensified ceasefire violations across the Line of Control in a move that gravely threatens regional security.

Qureshi said that UN Secretariat and UN Military Observer Group in Pakistan’s representatives also briefed the session regarding the current situation in IoK, confirming the status as tense.

The foreign minister said that he sent across a message saying that Pakistan will continue to be the voice for the oppressed Kashmiris on international platforms.

A day ago, a special meeting of the UNSC was convened in New York to discuss the deteriorating human rights situation in Indian Illegally Occupied Jammu and Kashmir.

China, which is among the five permanent Security Council members, pushed for the meeting owing to reports of widespread human rights violations and a crippling curfew in the Indian occupied part of the disputed territory.

Foreign Minister Shah Mahmood Qureshi, on behalf of Pakistan, had welcomed the meeting. “This is a mark of solidarity of the international community and Council members with the people of Indian Illegally Occupied Jammu and Kashmir, subjected to a savage military siege,” he had said.

“This third meeting in a year by the UN Security Council serves as a stark repudiation to the Indian claim that Jammu and Kashmir is an ‘internal matter’ and further reaffirms the validity of UN resolutions on the Kashmiris’ right to self-determination through an impartial plebiscite,” Qureshi had added.