People marked Black day on the observance of one year when India abrogated Article 370 and 35-A in Indian Occupied Kashmir besides curfew and military siege. 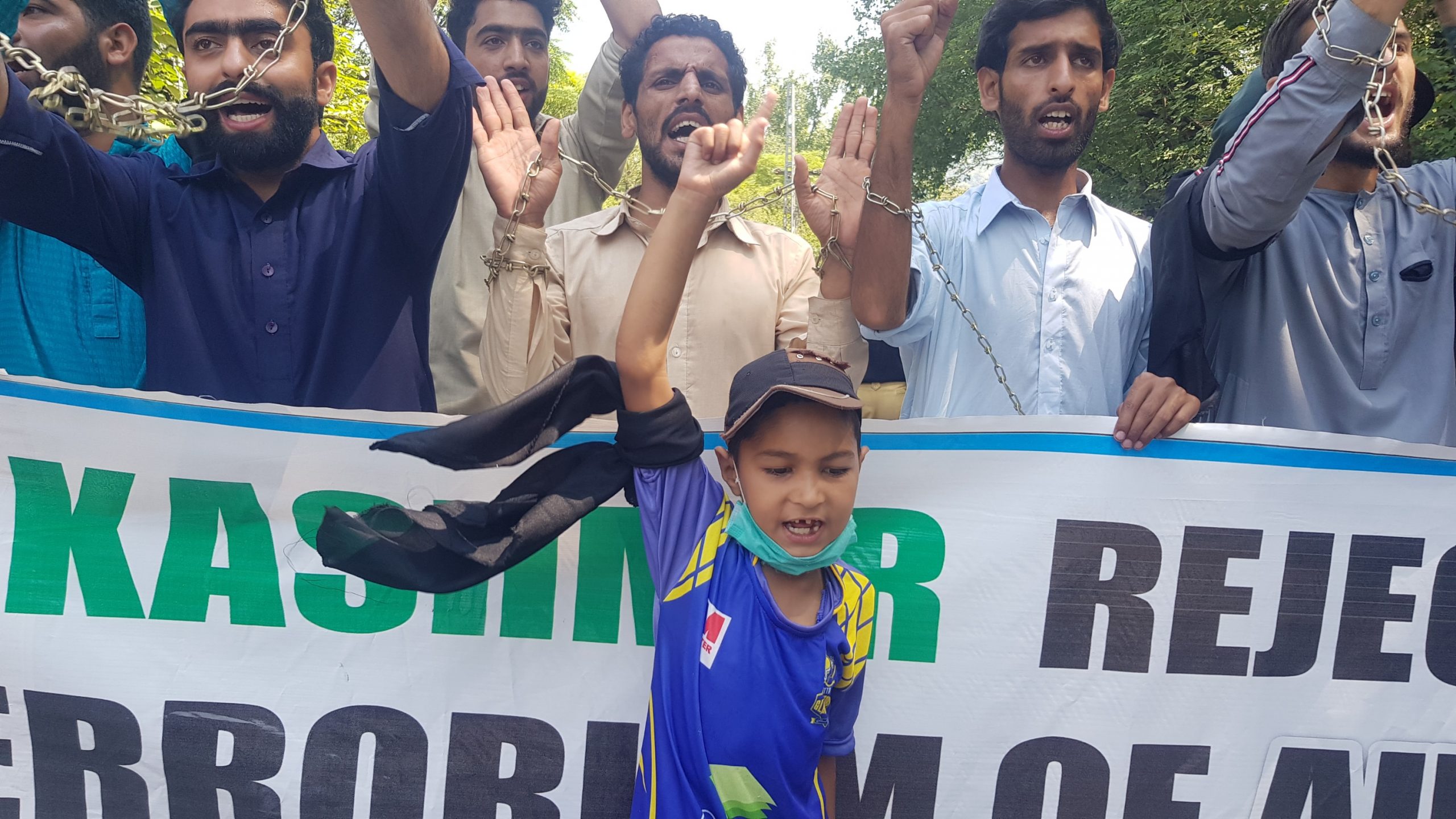 A large number of people under the aegis of Pasban-e-Hurriyat Jammu Kashmir and International Forum for Justice and Human Rights (IFJHR) demonstrated sit-in in front of United Nations Mission office here on Wednesday.

People were chanting slogans against Indian Prime Minister Narendra Modi and for freedom.

A rally was also staged on Srinagar road in which people were holding placards stated pro freedom slogans against Indian Occupation.

According to details, large number of people including women, children and elder citizens participated in the protest procession holding black flags as sign of mourn on Indian forceful division of the State.

Speakers on the occasion stated that we will not let any stone unturn to retain the sole identity of the state of Jammu and Kashmir.

They rejected the Indian illegal occupation on Jammu and Kashmir, saying that India has violated basic fundamental rights and its status on Kashmir is not more than a usurper.

They demanded United Nations to fulfill the promise of right to self-determination through a fair and impartial Plebiscite.

They demanded government of Pakistan to take strong measures for highlighting Indian atrocities and should adopt agrressive foreign policy on Kashmir issue.