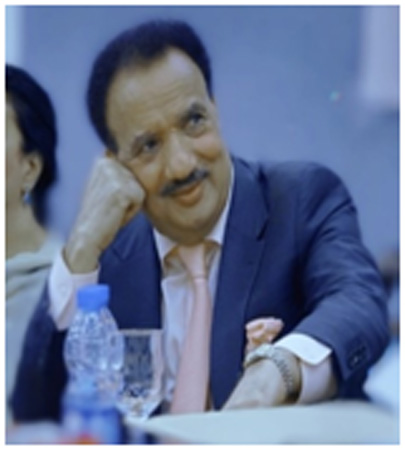 Kashmiri mothers are fighting for the freedom of Kashmir even after sacrificing their sons. Kashmiri mothers have demonstrated their courage and have refused to bow before the aggression of PM Modi despite losing their beloved young sons.

I have narrated the views of a Kashmir as under. “I am a Kashmiri mother waiting for my son who was whisked away by the Indian Army on unspecified charges. He was dragged away at midnight for interrogation with a promise to send him back. I don’t forget that dark night when my son was pulled from hair out of the house by the Indian military. I saw my son helplessly being pulled a jeep and my beloved innocent son was looking towards me and had feeling that my son has been snatched forever and I had strong feelings as if he is not going to return back one Year has passed but I have no clue of my son but reports are reaching to me that he has been killed heartlessly by Indian Army which I complying the orders of the merciless Indian Prime Minister Modi who has crossed all limits of the humanity. I sit still every day outside the door waiting for my beloved son but he does not emerge to hug and love me. I still think the news of my son is not true. I miss him but him every day but have one inner satisfaction that my son has sacrificed his life for the freedom of Kashmir.

“A Muslim soldier within the Indian Army in Kashmir informed a relative that my son has been martyred and gave his life with a very brave face and his desire for freedom was coming in the camp despite the torturer on him. I was further disclosed to my brother that my son has been killed in encounter in the mountains along with others. My son had a dream to free his fellow Kashmiris brother and sisters from the unprecedented ordeal of Prime Minister Modi and Indian Armed Forces.

“May I question all the mothers of the world why we Kashmiri mothers are suffering and why not support the female elite of Muslim Ummah? Only a mother knows the pain of a missing son having been snatched away. May I also ask the mothers of the Muslims countries as to why the painful voices of Kashmiri mothers are not being heard? May I appeal to the woman elites from all walks of life to show solidarity with these oppressed and aggrieved Kashmiri mothers whose sons are facing such tragedies every day by the Indian troops? May I ask to think yourself at the place of Kashmiri mothers what you would feel and do if your loved one is taken and murdered and the mother even cannot see the face of his son who was butcherly tortured to death by Indian Armed Forces? Why the world is so soft on India on their brutalities on depressed Kashmiris who are facing unprecedented brutalities and crimes against humanity by PM Modi through his Army. I have a question that why Muslim countries including Pakistan is not moving against Indian brutalities to the United Nations and International Court of Justice (ICJ).”

It is strange enough that Modi moved to ICJ to protect an infamous terrorist Kulbhushan Jadhav who is responsible for the killing of thousands of Pakistanis but unfortunately, India managed the decision in her favour. Kulbhushan Jadhav is accused of heinous crimes and it does not matter he did terrorism either as a spy or as a terrorist whereas the fact is that he carried out the orders from Delhi. It is the same Delhi which has asked his release and manufactured a story for justice for Kulbhushan Jadhav.

Why Pakistan and Muslim countries have not taken on Delhi under Prime Minister Modi as a war criminal in ICJ. My appeal to Pakistan is to treat Kulbhushan Jadhav as a terrorist having been sponsored by Delhi. No law can be applied retrospectively and law specific to Kulbhushan Jadhav will backfire and he has to be treated terrorist as per the law the then law which was prevalent at the time of his rest and this new law specific to Kulbhushan Yadav will display our weakness as ICJ should have accepted our then law. Can any court in the world order to make a new law specific to an accused. I am the most depressed, disappointed to see the crying mother of Kashmir as who is going to bring her son back.

I have seen the brutalities of Prime Minister Modi who is an active member of RSS (a Terrorist organization), which has been involved in the massacre of Muslims since its inception. Alone, since January 1989 till 31st January 2018, more than 94,700 innocent Kashmiris have been killed, 8,000 were killed in custody, 11,050 women were gang-raped and 7, 485 were injured by pellets. Kashmiri mother further states that she is seeing a lot of aliens in Kashmir and Hindus are being settled in our motherland and it looks that within a year or two the extremists Hindus will be making their lives miserable and the reduction of Muslims population through the new plan of demographic reduction of Muslims is going to be continued.

“The special status of Kashmir was won by our forefathers, which has been scrapped and our identity as Kashmiris are being masked by imposing us with Hindu extremists in Kashmir. Our life brings everyday miseries and we many mothers of Kashmir have protested for our missing young sons but our voice is being suffocated whereas all Bodies of Human Rights have turned their blind eye to Kashmir. I have a question to Secretary-General, UNO why he is no proceeding for action through the Human Rights Commission. Let them come and see themselves the brutalities, killings of Kashmiri youth, and the horrible treatment of the Indian Army against the Muslim men, women, and children in Kashmir.

“We the mothers of Kashmir will not give in until we get the right of self-determination leading to our independence which is our fundamental right to choose our way of life and not dictated by Indian war criminal Prime Minister Modi who should have tried by ICJ and put behind the bar whereas no action against him by UN has encouraged C-in C of RSS to have his way with the backing of the West.”

I assure the Kashmiri mothers that Pakistan is standing behind you I am quite hopeful that Pakistan will take Modi to ICJ for his trial as a war criminal.

The writer is former Interior Minister of Pakistan, Chairman Senate Standing Committee on Interior and Chairman of Think Tank “Global Eye”. He is the author of four books and hisfifth book is about to get published. He can be reached at: rmalik1212@gmail.com, Twitter @Senrehmanmalik