United we march on 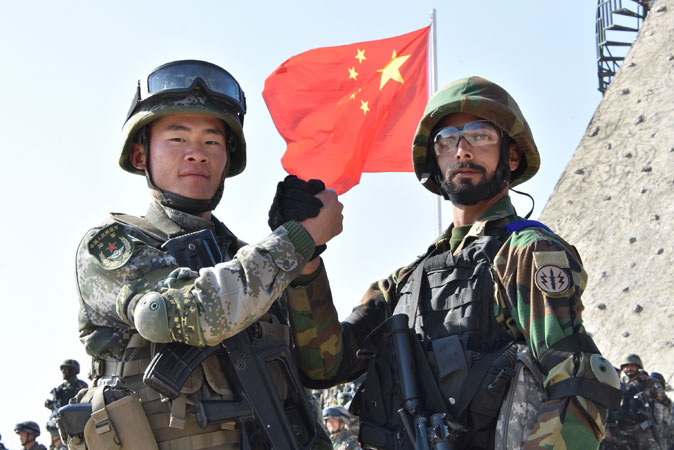 1 August 2020 is the 93rd anniversary of the founding of Chinese People’s Liberation Army. On this special occasion, I would like to extend my sincere appreciation to all the friends from the Pakistani Armed Forces and all walks of society for your commitment and support in building strong military relations.

93 years ago, the Chinese Red Army, which later became the People’s Liberation Army, was founded at a critical juncture of the Chinese nation. 93 years on, led by the Communist Party of China (CPC), the PLA has battled through flame and gun smoke, attained victory after glorious victory, thus yielding a great meritorious service for the nation and people. In the new era, to meet the strategic demands of national security and development, the PLA firmly implements its missions entrusted by the CPC and the people. We maintain a rigorous guard against any possible threats to national security and stability. Meanwhile, historic strides are being made to advance the PLA’s integrated development of mechanization and informationization, speed up the development of intelligent military and create a modernized military force structure to adapt to the trends of worldwide Revolution in Military Affairs and the demands of national security.

China has always been a peace-loving nation. The famous Great Wall itself is a symbol of defence. Under the guidance of defensive national defence policy, The PLA honors its international responsibilities and actively participates in UN peacekeeping operations, vessel protection operations, humanitarian assistance and disaster relief. After the outbreak of the COVID-19 epidemic, the PLA has provided medical supplies to the militaries of more than 40 countries.

Thanks to the commitment of the leaderships of China and Pakistan as well as concerted efforts of our two peoples, our two countries have forged an all-weather strategic cooperative partnership. As President Xi Jinping pointed out, China and Pakistan are true friends and good brothers who are always there for each other come rain or shine. In recent years, the bilateral military relations have maintained a steady and rapid development at all levels. Exchange of high level visits has become a routine and more and more military visits have been conducted year by year. The Army’s Warrior Exercises, Air Force’s Shaheen Exercises and Navy’s Sea Guardians Exercises have become the models of bilateral military cooperation. Each year, hundreds of officers from both countries come together to communicate with and learn from each other, making the deep rooted friendship consolidated with each passing day.

A friend in need is a friend indeed. After COVID-19 attacked China at the beginning of this year, President Arif Alvi made a special visit to China to show solidarity and support. The Pakistani Army took the lead in mobilizing various sectors to donate medical supplies, and PAF dispatched a military aircraft to take them to China. We will never forget the warm and timely support extended by our Pakistani brothers. When Pakistan is faced with the challenge of the epidemic, we reciprocated by donating medical supplies, financing a quarantine hospital and sending medical teams. The PLA also sent 4 sorties of donated medical supplies, while PLA medical expert team stayed in Pakistan for 2 months, sharing expertise with Pakistani colleagues. China will continue, as what Pakistan has done to us, to provide assistance and support to our brother for curbing the epidemic.

The world today is undergoing profound changes unseen in a century. With peace and development remaining as the irreversible trends, international system and order are undermined by hegemonism, power politics, unilateralism and constant regional conflicts and wars. Facing the new era, China will continue to stand together with Pakistan in safeguarding national sovereignty, upholding justice, maintaining regional peace and marching toward an even stronger friendship!

The writer is Defence Attaché, Embassy of People’s Republic of China in kistan