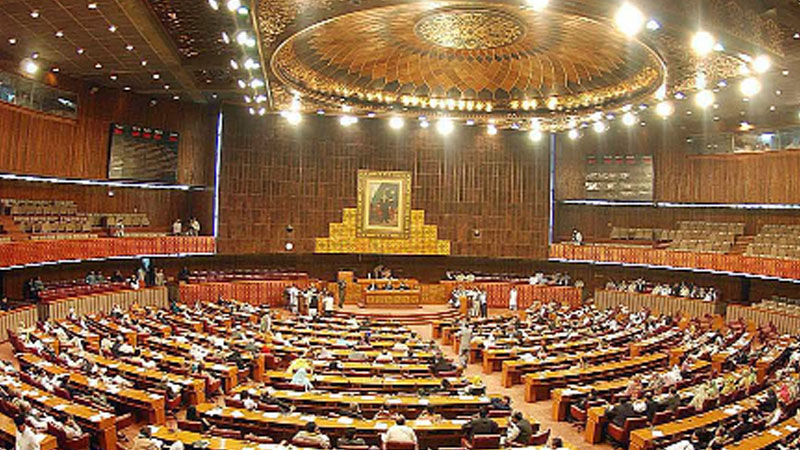 The National Finance Commission (NFC) award is a distribution of financial resources between the Centre and provinces – the vertical distribution – and among the four federating units – the horizontal distribution. The federal government has two sources of revenue i.e., tax income and non-tax income.

The tax income is the divisible part under the NFC award. First, vertical distribution of the divisible pool is decided between the federal government and four provinces i.e., Baluchistan, Khyber Pakhtunkhwa (KP), Sindh and Punjab. Subsequently, horizontal distribution among the provinces takes place. The history of NFC award exists well before the partition of India when resources were distributed, according to Niemeyer Award of 1936 under the Government of India Act 1935. The formula outlined a vertical 50:50 revenue sharing between centre and provinces. Under the award, agricultural tax and sales tax were a provincial matter. However, the former was not a part of the divisible pool and was later under the domain of divisible income.

After the separation of East Pakistan (Bangladesh), the West Pakistan (Pakistan) is left with four provinces and three federating units i.e., Azad Jammu Kashmir (AJK), Gilgit-Baltistan (GB), and erstwhile Federally Administrated Tribal Area (FATA). The existing constitution was approved by the National Assembly of Pakistan on February 19, 1973. The Articles 160-165 of the Constitution deal with the NFC award.

Article 160(1) and Article 161(1) of the 1973 Constitution of Pakistan mandate the President to constitute the NFC award for a span of five years. Article 160 (2) clearly defines that the NFC must make recommendations regarding the distribution of the divisible pool between the federation and four provinces. It does not include the distribution of financial resources to AJK, GB and FATA, instead, it is placed under the domain of federal government to assign funds for both territories. Under the new Constitution, the NFC award of 1974 included few taxes in the divisible pool such as corporation tax, sales tax, income tax and export duties. The award maintained the same old ratio of the vertical distribution of 80:20 between provinces and federal government respectively and horizontal distribution among the provinces had a sole criterion of population. During the regime of President General Zia Ul Haq, both NFC awards of 1979 and 1985 were inconclusive and followed the formula of NFC award of 1974, where the latter award was based on the census of 1981. The NFC award 1990 maintained the same formula for vertical and horizontal distribution with the inclusion of excise duties on tobacco, tobacco manufacturing and sugar production. Besides, the award introduced a concept of ‘straight transfer’ where the income from indigenous natural resources of each province should be directly transferred to the respective province after deduction of service charges on collection. The NFC award 1997 reduced the vertical distribution for provinces from 80 per cent to 37.5 per cent with the inclusion of all taxes (including customs duty), except excise duty on gas. Taxes include income tax, customs duty, corporation tax, sales tax, capital value tax, wealth tax and excise tax (excluding excise duty on gas). Some other features of this award were: an increase in the fixed amount of subvention for KP and Baluchistan, pursing Structural Adjustment Program of the IMF, matching grants against the sub-national fiscal efforts and abolition of Octroi and Zila Tax. The NFC award 2006, under the President General Pervez Musharaf, increased the vertical distribution to provinces from 37.7 per cent to 41.5 per cent (42.5 per cent) for the first and second fiscal years 2007 (2008) respectively. For the remaining three years, the recommended increase was 1.25 per cent for each year. The horizontal distribution among the provinces was still based on the sole criterion of population. Also, 1/6th of sales tax was transferred to provinces to compensate them for the losses due to the abolition of Octrio and Zila tax.

After the separation of East Pakistan (Bangladesh) in 1971, the population had been sole criterion for distribution of divisible profit among four provinces until the 7th NFC award

A breakthrough for provincial autonomy came with the announcement of 7th NFC award, operative since July 1 in 2009, assigning 56.5 per cent for the year 2010-11 and 57.7 per cent for the remaining four years of the award. After the separation of East Pakistan (Bangladesh) in 1971, the population had been sole criterion for distribution of divisible profit among four provinces until 7th NFC award, which was based on four parameters: Population (82 per cent); Poverty and Backwardness (10.3 per cent); Revenue Collection and Generation (five per cent); and Inverse Population density (2.7 per cent). The 18th Amendment provides further protection and autonomy to the provinces while including clauses 3(A) in Article 160, which states that share of a province in each NFC award should not be less than the ratio of that province in preceding award.

One of the reasons for inconclusiveness of the awards is “Unanimity Clause,” which refers that all stakeholders of NFC award should agree on the distribution criteria.

After the 7th NFC, deliberations were started for holding the 8th NFC award from July 2010. However, the award was inconclusive and agreed to continue the formula of 7th NFC till the announcement of 9th NFC award in July 2015, which will complete its tenure in June 2020. The President reconstituted the 9th NFC award on January 12, 2019, but inconclusive. Recently, the President constituted the 10th NFC award on May 13, 2020. Some of the major debatable items would be: (I) Setting aside a percentage of the divisible pool for AJK, FATA and GB; (II) Establishment of fund for Security and Disaster Management; (III) Sharing of subsidies of Energy Sectors by the Provinces; (IV) Change the composition of divisible pool taxes; (V) one per cent share for KP in wake of the war on terror.

Hope for a conclusive award ahead!

The writer teaches at the University of Peshawar and can be reached at naimat@uop.edu.pk. He tweets @NAIMAT84.